I have told you about two new rugged smartphones from Blackview, but also the Chinese company released a regular budget phone. It is called Blackview Oscal C80. 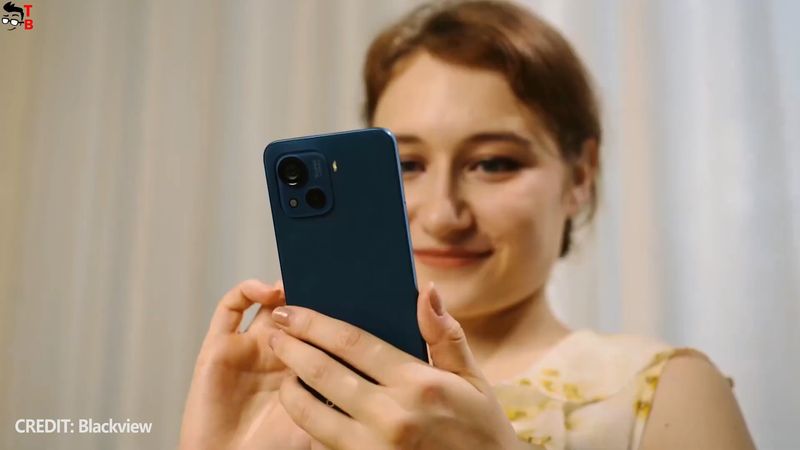 The new smartphone will go on sale tomorrow September 14th on Aliexpress for the price of $109. 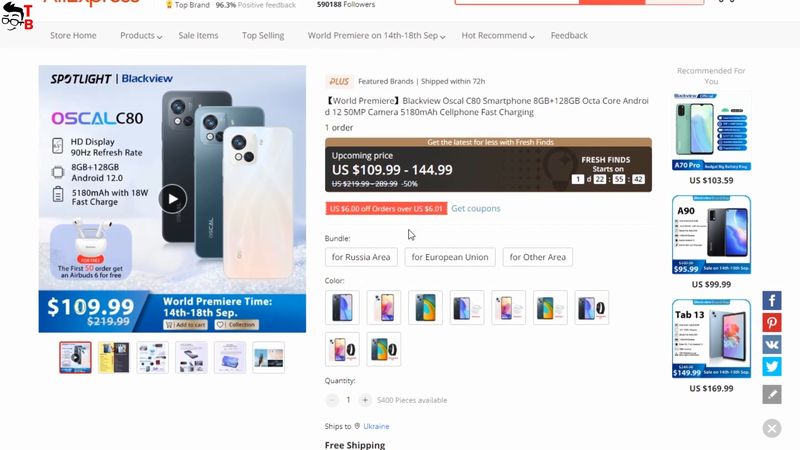 Let’s talk about design and other features of the new Blackview smartphone. 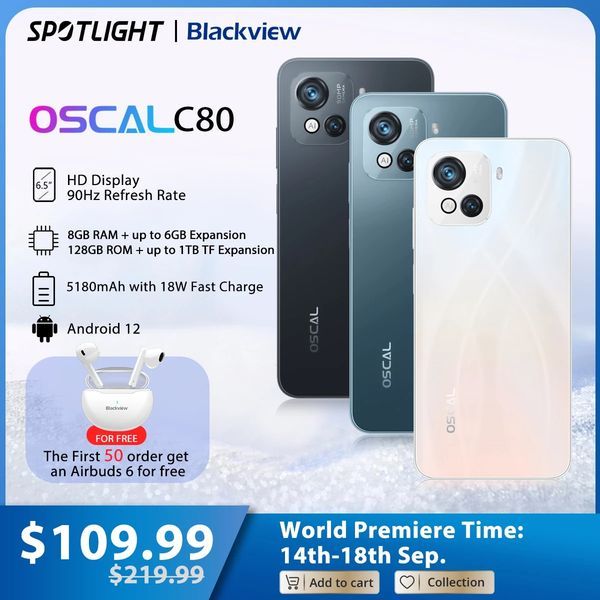 First, I have noticed that the rear panel of Blackview Oscal C80 looks similar to the latest iPhone 14. It has the same dual camera, which is located diagonally. 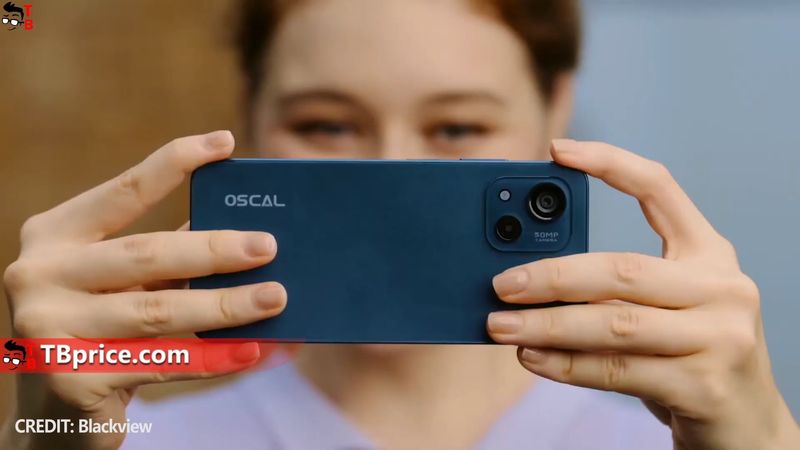 However, the main sensor is bigger than the other.

By the way, talking about camera, we know about 50MP main sensor, but there is no information about the second sensor. I think it will be 0.3MP. 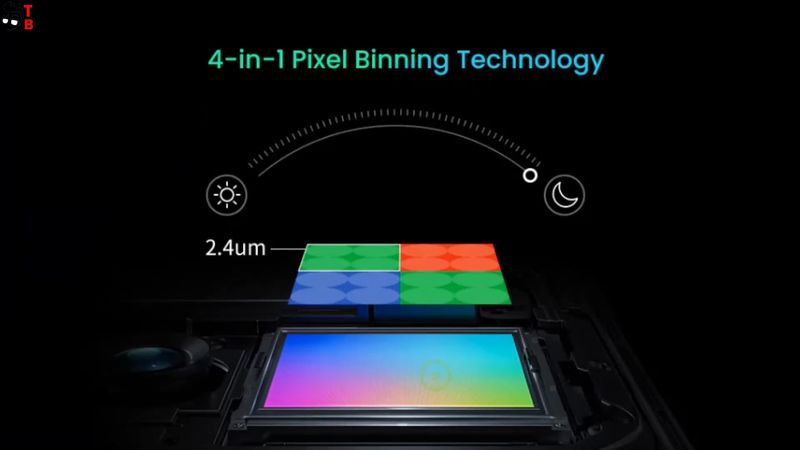 The main sensor has 4-in-1 pixel binning technology for taking better pictures in low light conditions. So, the night mode is likely to be the main feature of this camera. 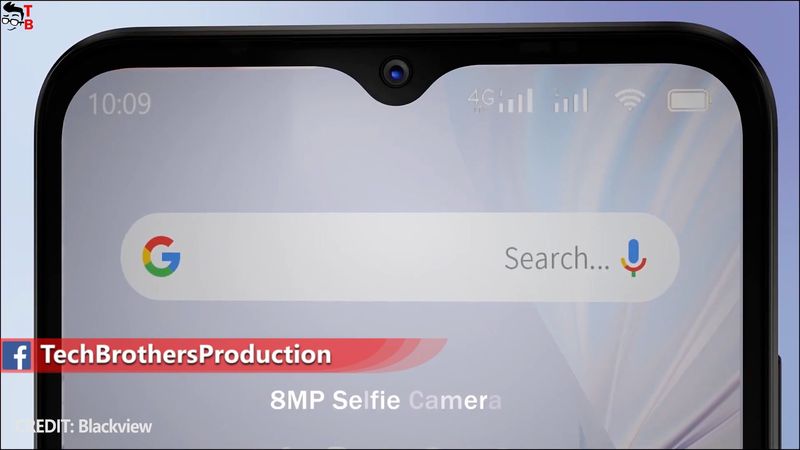 On the front, there is 8MP camera. 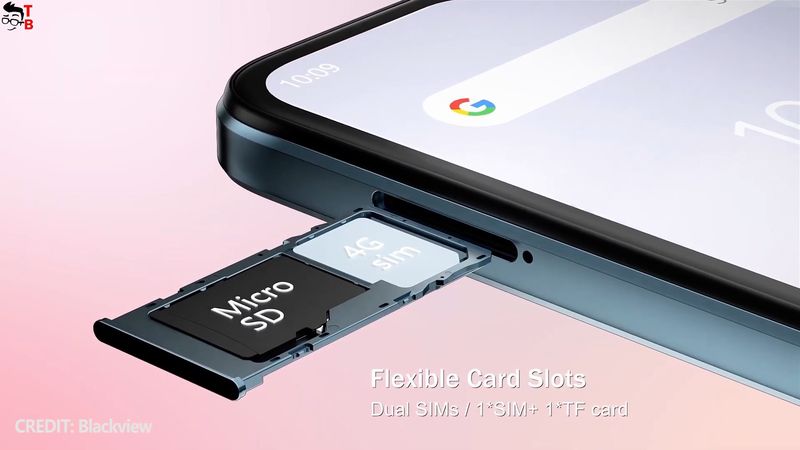 Going back to design, the new smartphone has fingerprint reader on the side, hybrid slot for dual SIM and microSD memory card, and even sweat proof body. 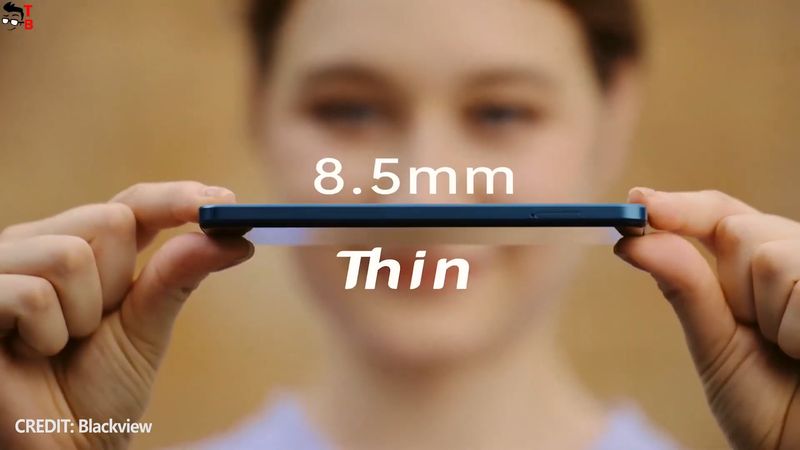 On the front panel, we can see a waterdrop notch above the display. A screen has a diagonal of 6.5 inches and HD+ resolution, 720 by 1600 pixels. 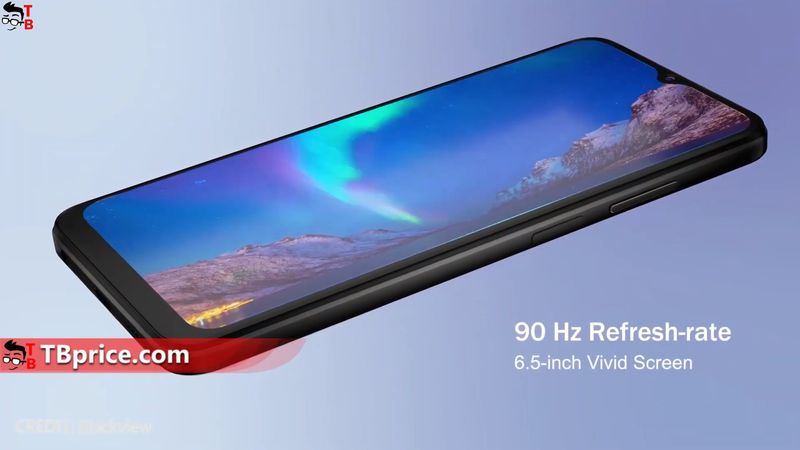 The main feature of this display is 90Hz refresh rate. I should note that this feature is very rare in ultra-budget smartphones.

Talking about performance, Blackview Oscal C80 has Unisoc T606 chipset. You probably haven’t heard about this processor before, but the Chinese company promised 226 thousand points in AnTuTu for the new smartphone. It is a good result for the ultra-budget phone. 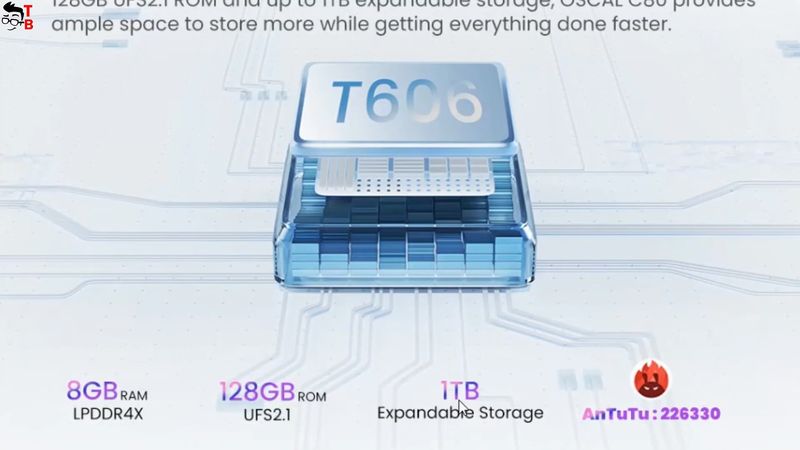 It also has 8GB of RAM and 128GB of internal memory.

Like the previous Blackview smartphones, you can expand the RAM of Oscal C80 by another 6GB. In total, you will have 14GB of RAM. To be honest, I don’t know how it works, and I’m very interested in checking it out myself.

The storage is also expandable up to 1TB with microSD memory card. 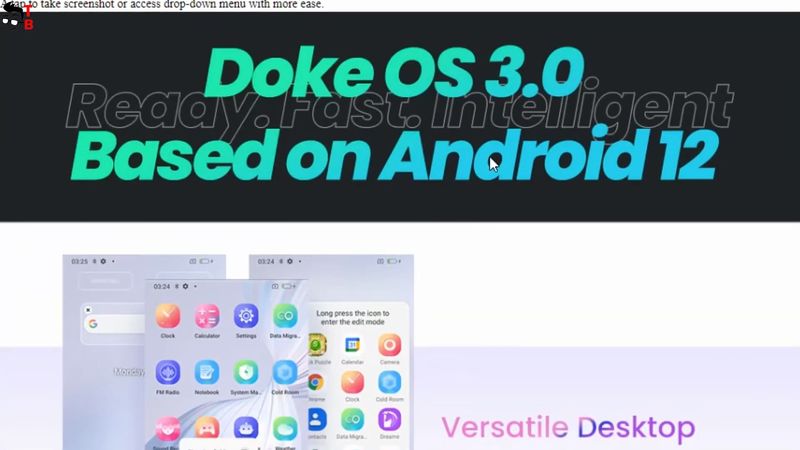 You know, a Blackview company has its own user interface called Doke OS. The new smartphone Blackview Oscal C80 runs on Android 12 and Doke OS 3.0.

As I said at the begging of this video, Blackview Oscal C80 has 5150mAh battery with 18W fast charging support. 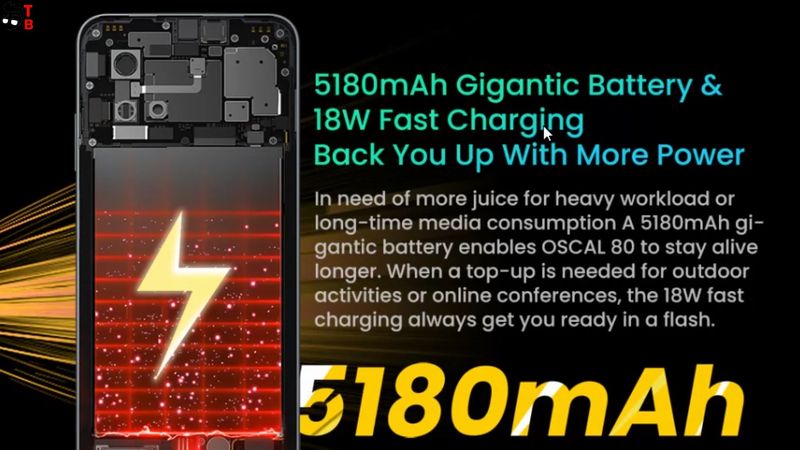 I think it is a really big battery for a slim smartphone. Do you agree?

You know, for the price only $109, Blackview Oscal C80 looks very good. However, there are still many questions for it, so we are waiting for the start of sales and hands-on reviews.

338
No Result
View All Result