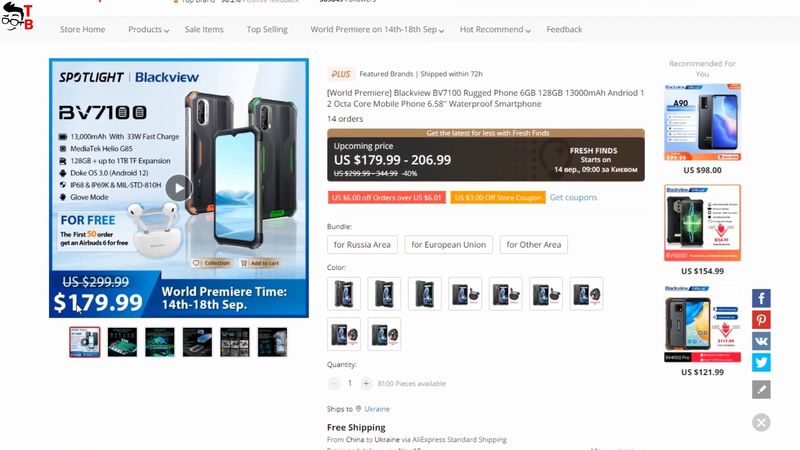 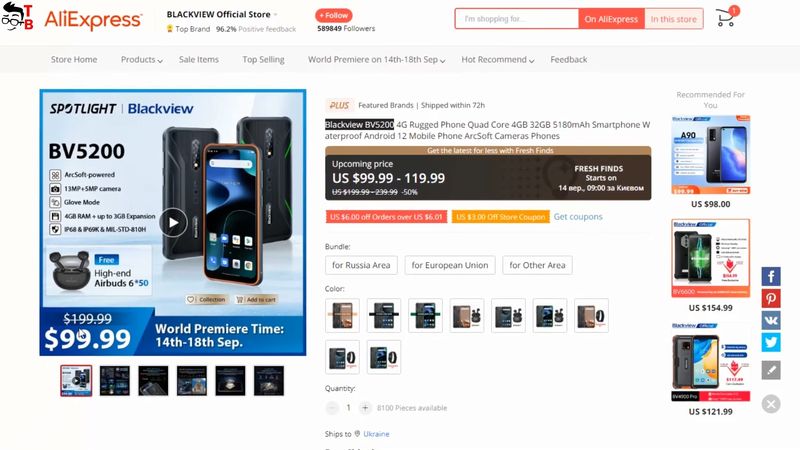 Let’s talk about main features of the new mobile devices. 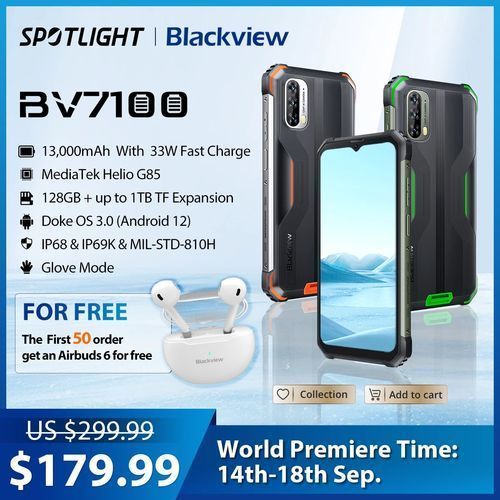 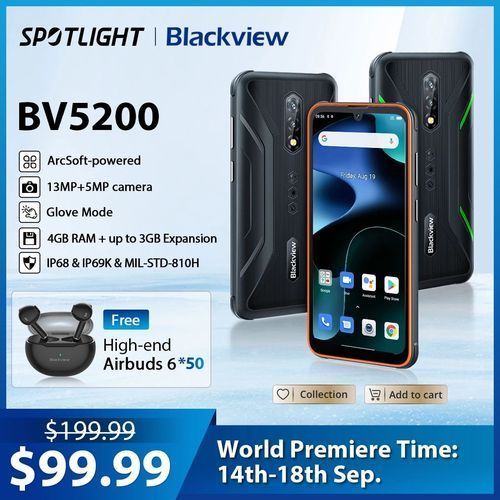 I didn’t tell you this, but I think you already understood from the design of smartphones that they are rugged. 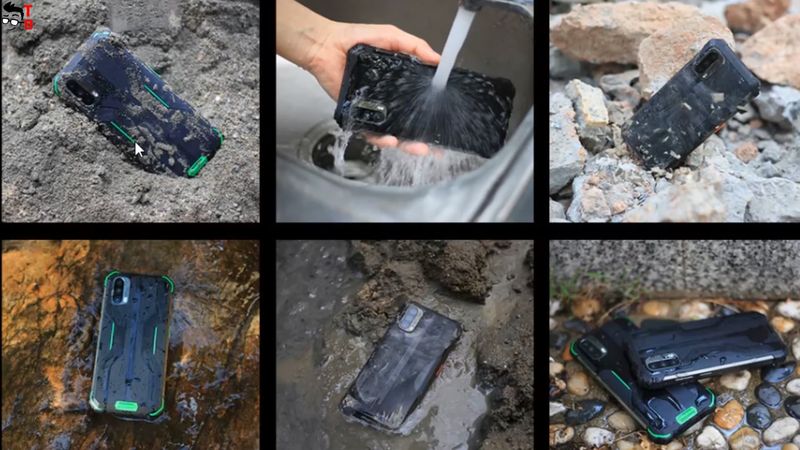 Both of them have IP68 and IP69K waterproof, dustproof and shockproof rating.

However, the new smartphones have very different design, so first let’s take a look at Blackview BV7100. 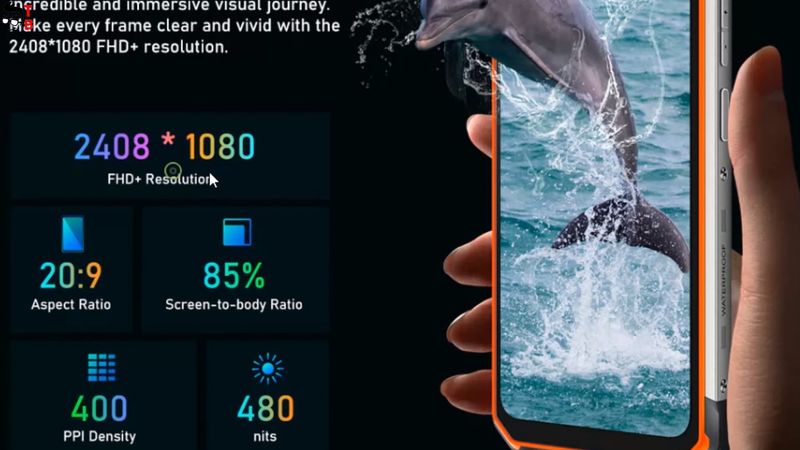 It comes with a bigger 6.5-inch display and Full HD+ resolution. By the way, Blackview BV7100 is larger than Blackview BV5200 because it has a much bigger battery of 13000mAh and 33W fast charging support. 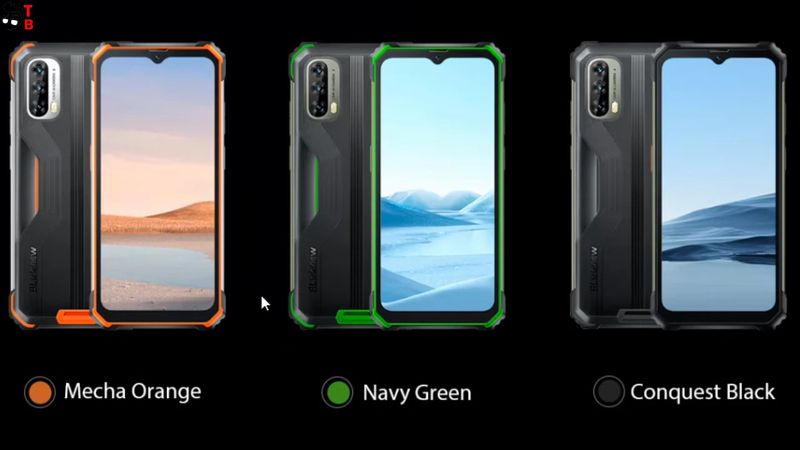 The smartphone is available in three colors, such as black, green and orange. 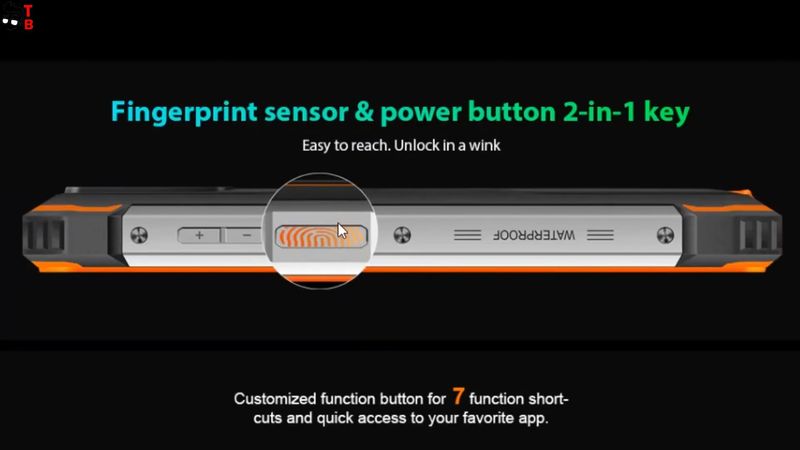 Like the other rugged phones, it has a customized button on one side, and a fingerprint reader on the other. 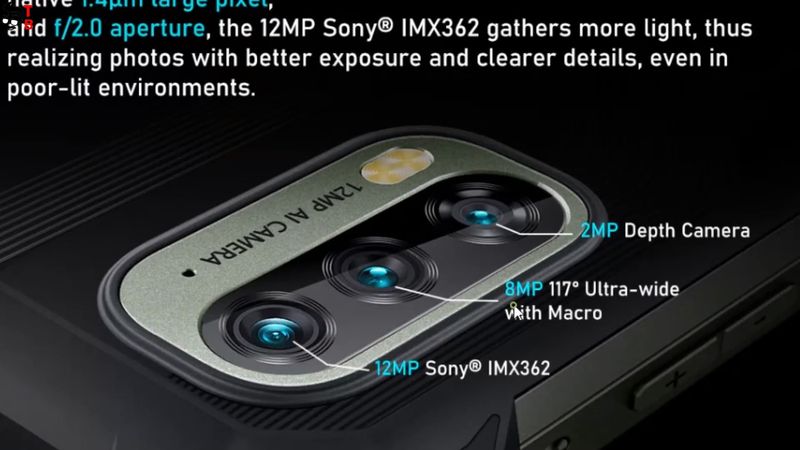 On the back, we can see a triple camera with 12MP main sensor, 8MP ultra-wide angle sensor and 0.3MP macro camera.

On the front, there is a 8MP selfie camera.

You should also know about a hybrid slot for dual SIM or a SIM card and a memory card, as well as NFC support. That’s very important for many people. 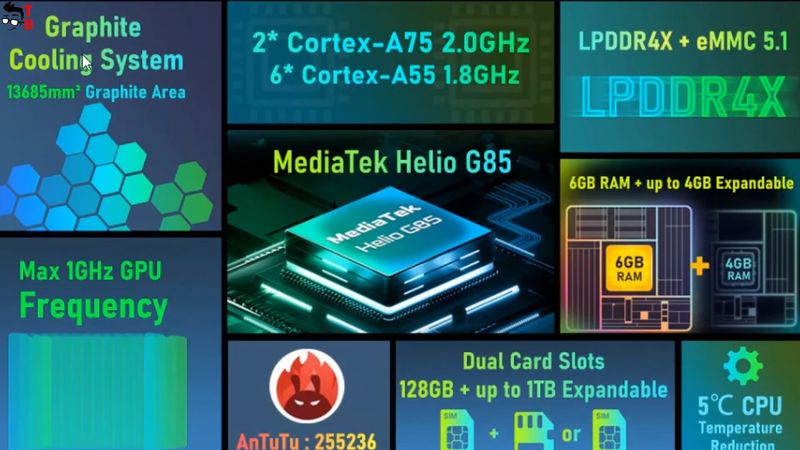 Talking about performance of Blackview BV7100, it has Helio G85 processor, 6GB of RAM and 128GB of internal memory.

The Chinese company says that the RAM is expandable by another 4GB, so you can get 10GB of RAM. You can also use a memory card to expand internal memory up to 1TB.

I am very interested in a performance test of this smartphone, but first we have to wait until it goes on sale.

Talking about the new ultra-budget rugged smartphone from Blackview, it has more compact display of 6.1 inches and HD+ resolution. 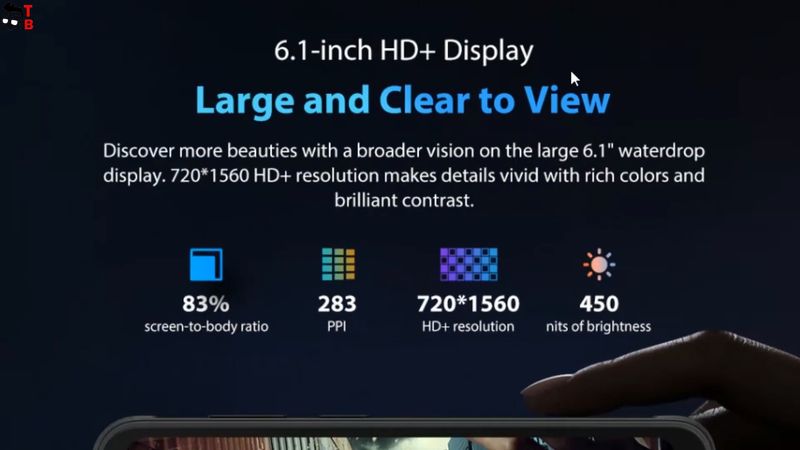 It is available in the same colors as the previous smartphone, such as black, green and orange, but the design of the rear panel is different. 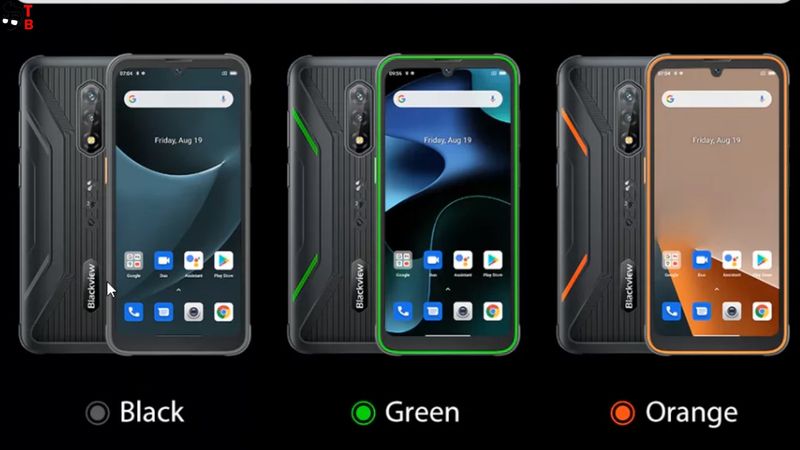 It has a dual camera and flashlight in the center of the back panel.

However, the manufacturer says only about 13MP main sensor. Most likely, the second sensor is 0.3MP.

On the front, there is a 5MP camera. 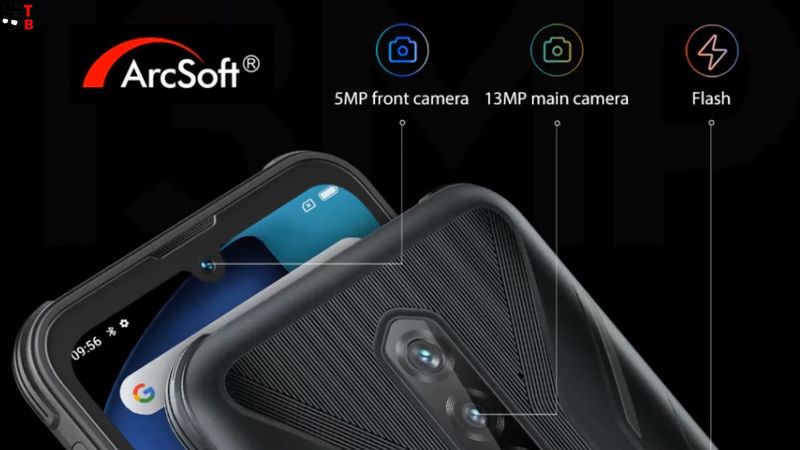 So, I think the camera is the highlight of this mobile device. 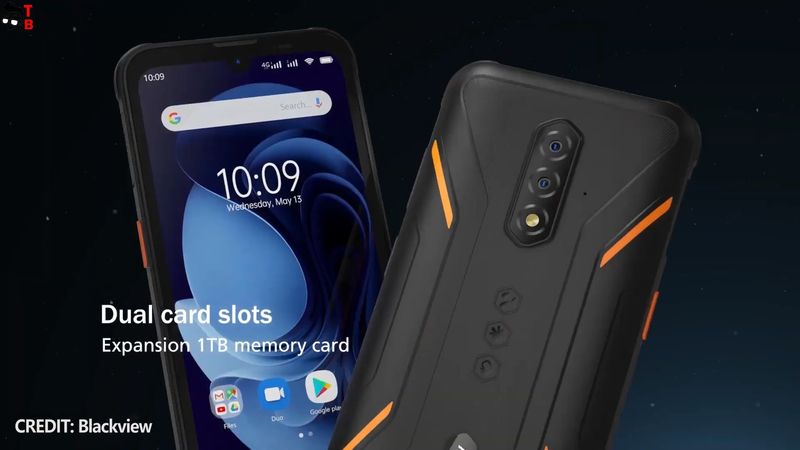 Talking about performance, this is an ultra-budget phone, so it has entry-level chipset Helio A22, 4GB of RAM and 32GB of storage. However, the RAM is also expandable by 3GB, and there is microSD memory card support up to 1TB. 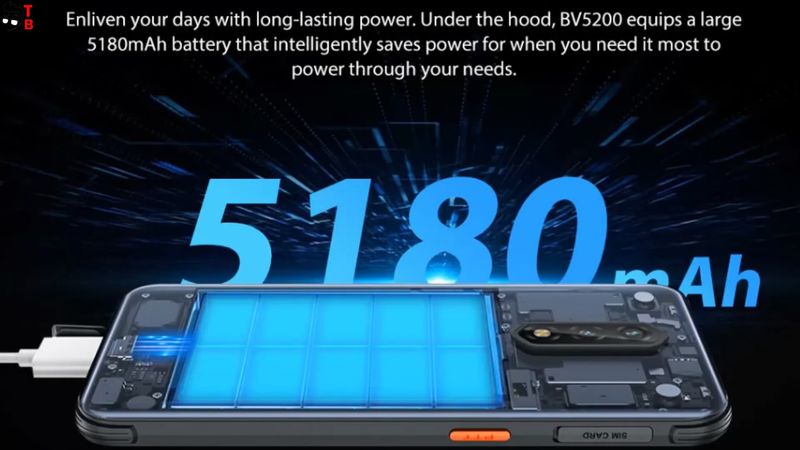 The battery of the new budget rugged smartphone has a capacity of 5180mAh. Unfortunately, it doesn’t have 33W fast charging support, but only 10W.

However, like the more expensive smartphone, Blackview BV5200 has NFC support and dual SIM slot.

To be honest, I am more interested in Blackview BV7100, because it has a huge 13000mAh battery and 33W fast charging support, as well as a good processor and expandable RAM. I want to check how the RAM expands, and whether it really affects the performance.

However, Blackview BV5200 also looks like a good rugged smartphone under $100.

338
No Result
View All Result