Today I am reviewing a wireless microphone system called ZGCINE ATOM. It has a fairly low price tag of only $ 89.

ZGCINE Atom wireless microphone system has a receiver and transmitter with a built-in microphone. There is also an external lavarier microphone in the package. 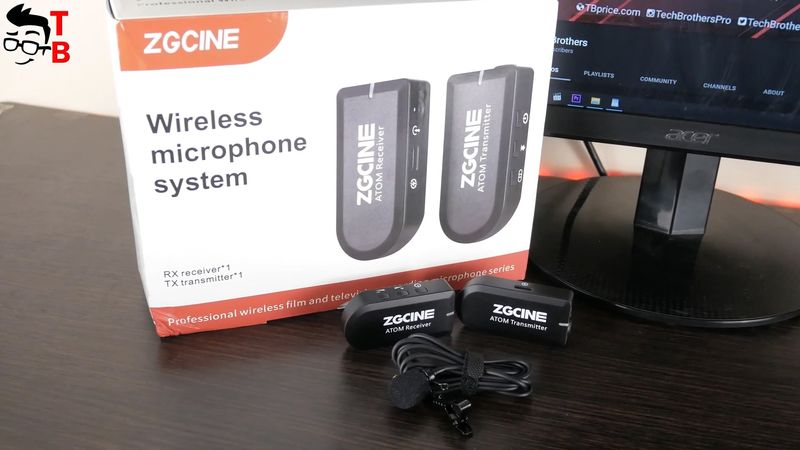 By the way, I think this microphone system is mainly designed for smartphones because there is a mini tripod in the package.

OK, let’s do an unboxing and a full review of the ZGCINE Atom wireless microphone system. 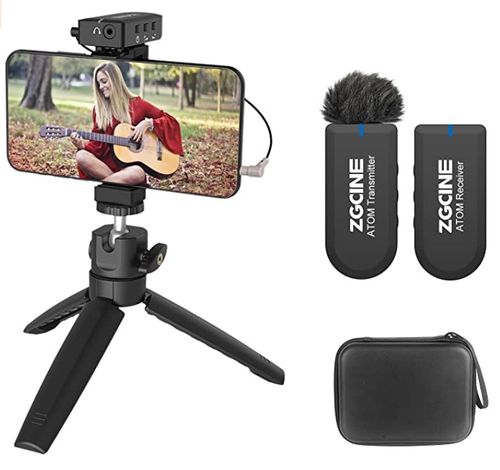 On the box, we can see big images of the receiver and transmitter. There is also an inscription of professional wireless film and television recording microphone series. 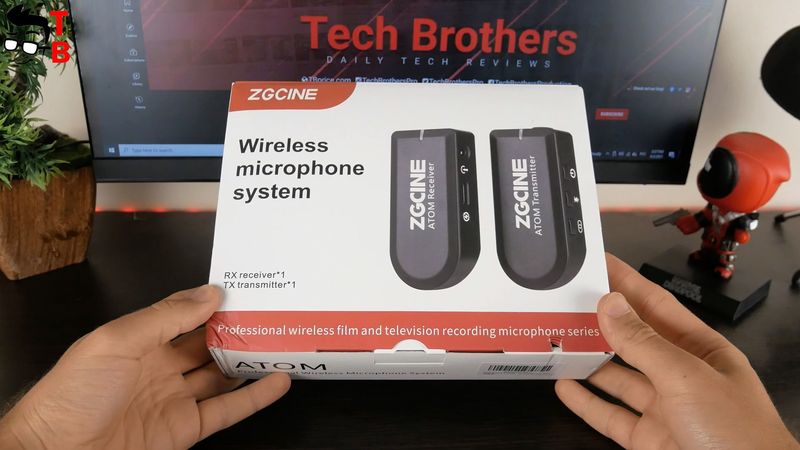 The main features of the microphone are on the side face, such as fast charging, built-in mic, 2.4G transmission, and real-time monitoring. 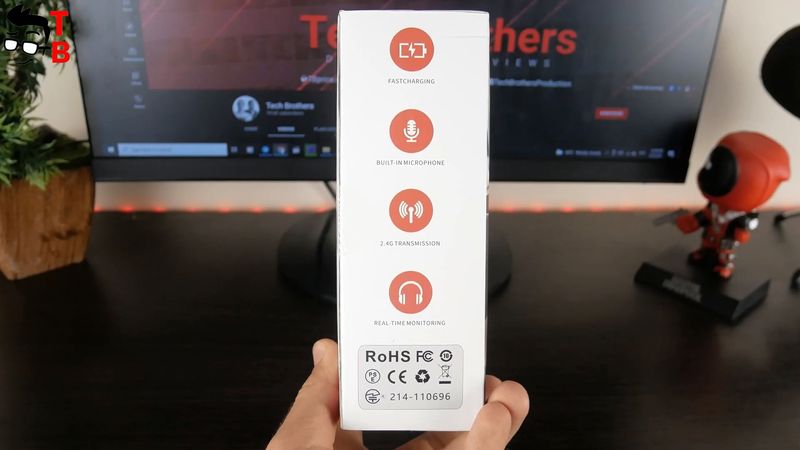 The specifications are on the other side. 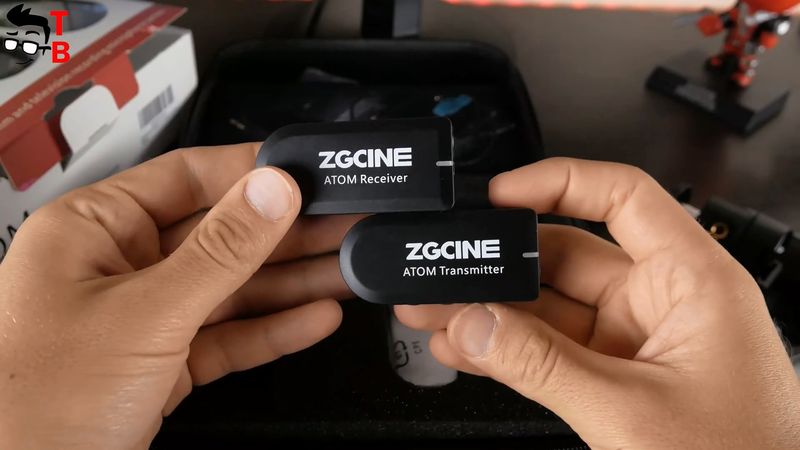 Inside the box, we have a carrying case. When you open the case, you will find a receiver and transmitter, mini tripod, phone clip, cold shoe adapter, wind muff, case, lavalier microphone, TRS to TRRS smartphone cable, TRS to TRS camera cable, USB Type-C charging cable, and user manual. 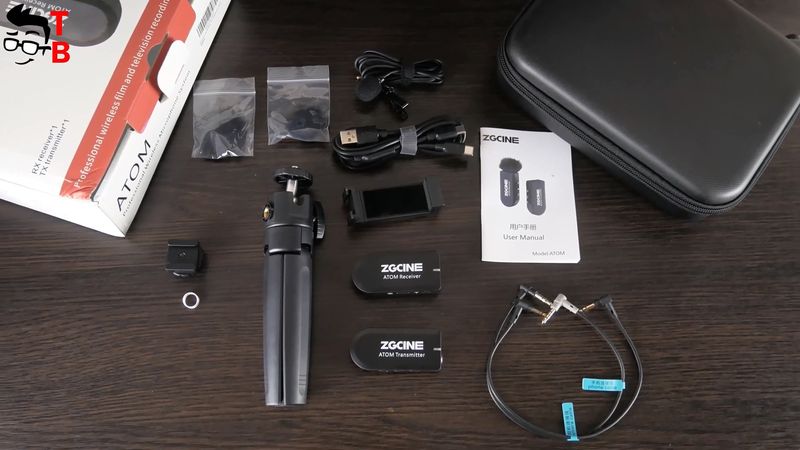 You know, I’m surprised that this microphone has a carrying case and even a tripod. I have already tested similar microphone systems, but they don’t have these accessories. By the way, the price of the ZGCINE Atom wireless microphone system is only $89 on Amazon. 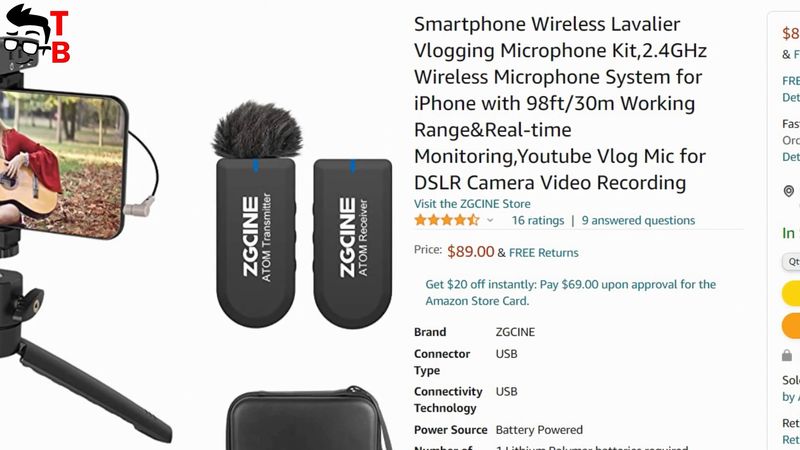 So, it is a quite affordable product. 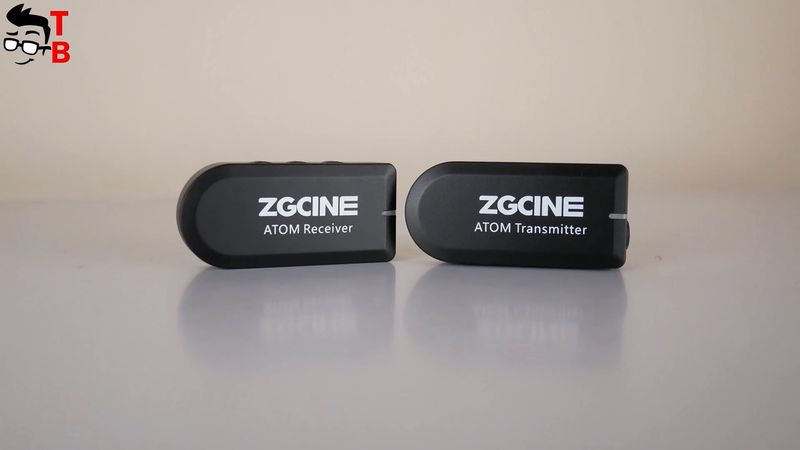 The transmitter has an audio input port and built-in microphone on one side, and USB Type-C charging port on the other.

There are also three physical buttons, such as power, mute, and pairing. 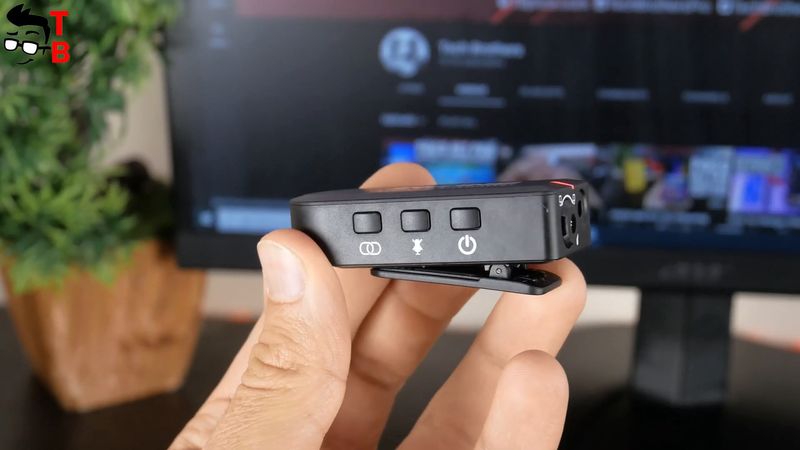 The receiver also has a power button, but the other two buttons are volume up and down. 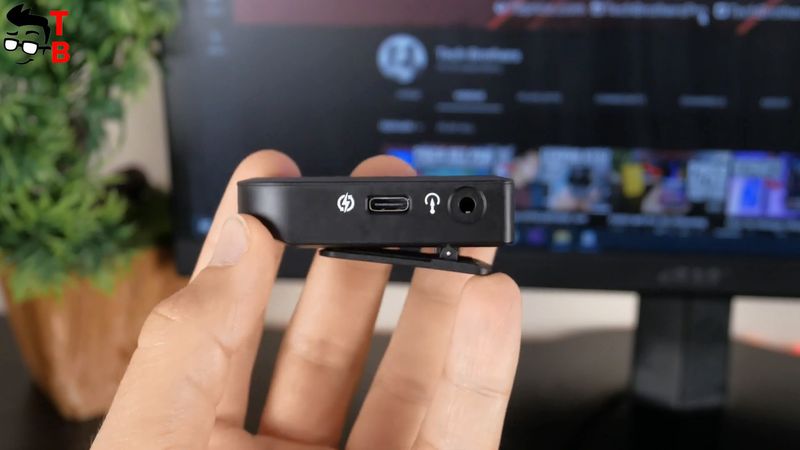 By the way, the receiver and transmitter also have status indicators. 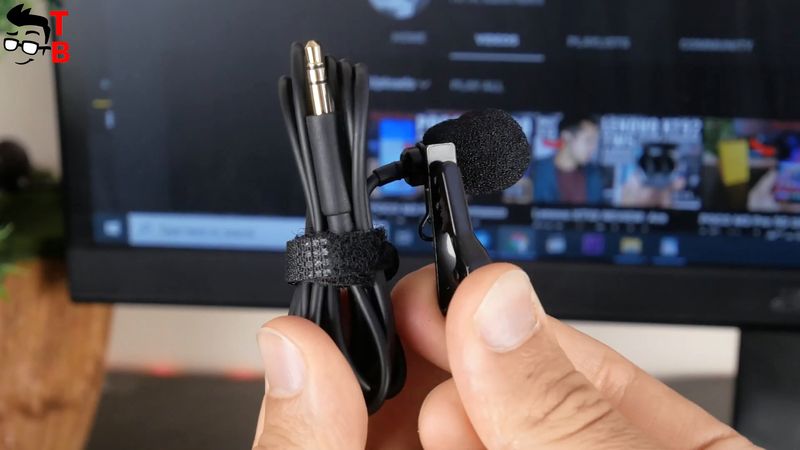 The livelier microphone doesn’t have any buttons, only a metal clothing clip. 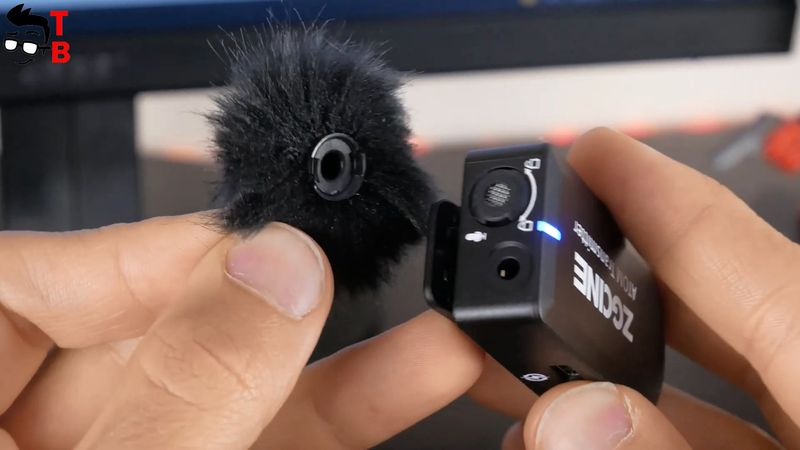 Also, I want to show you a wind muff. The manufacturer says that it has a new design. We can see lock and unlock icons next to the built-in microphone on the transmitter. So, you just need to take wind muff, put it on the mic, and rotate. That’s all! 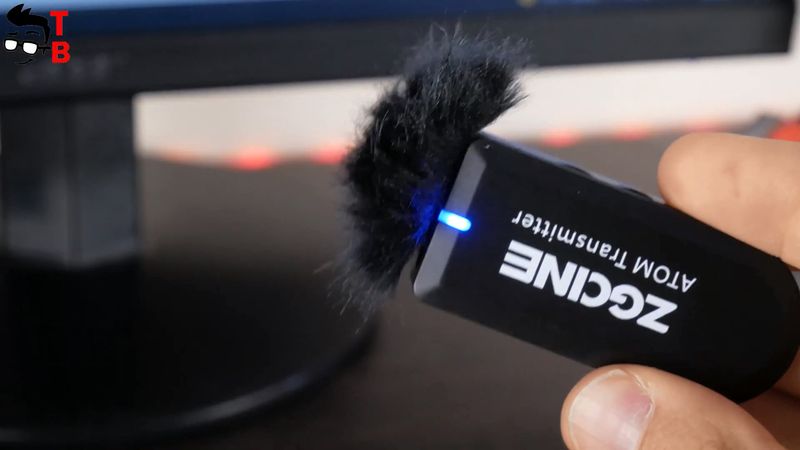 OK, now, let me tell you about the pairing process.

First, you need to take the transmitter and receiver in your hands, and press the power buttons on them, if they are off. The status indicators will light up and flashing red and blue. You don’t have to do anything else, just wait for the blue light is always on. 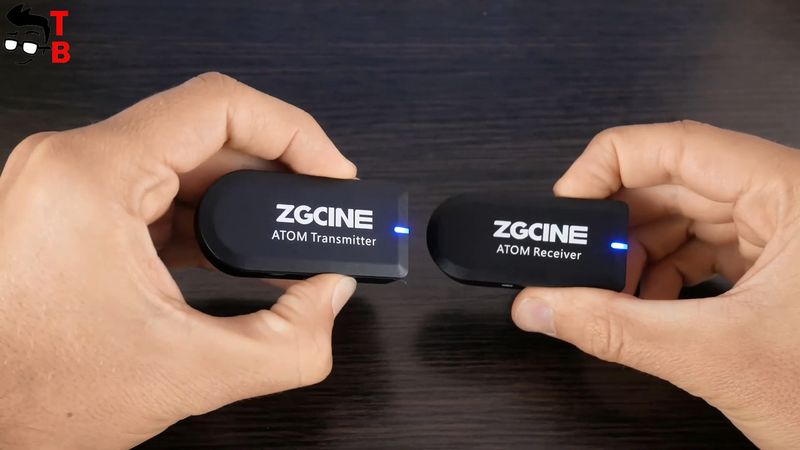 If nothing happens or there is any interference when using, then double click a pairing button on the transmitter to reselect the signal channel. 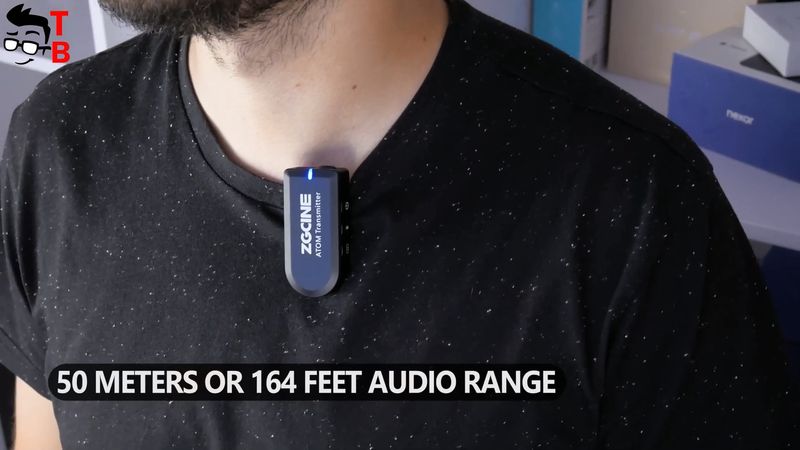 The maximum audio range is 50 meters or 164 feet. However, this is in open fields. Probably, the range is about 20-30 meters indoors.

The signal delay is only 10ms. 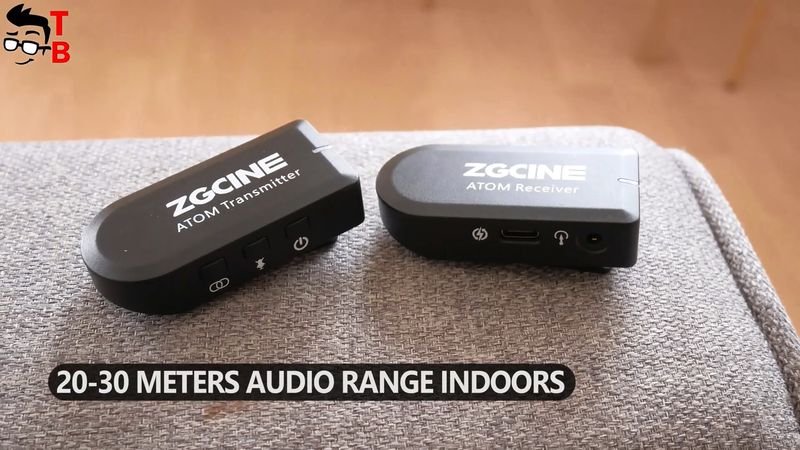 You can use the microphone system with a smartphone or camera. You need to connect the TRS cable from the package to the receiver and recording device. 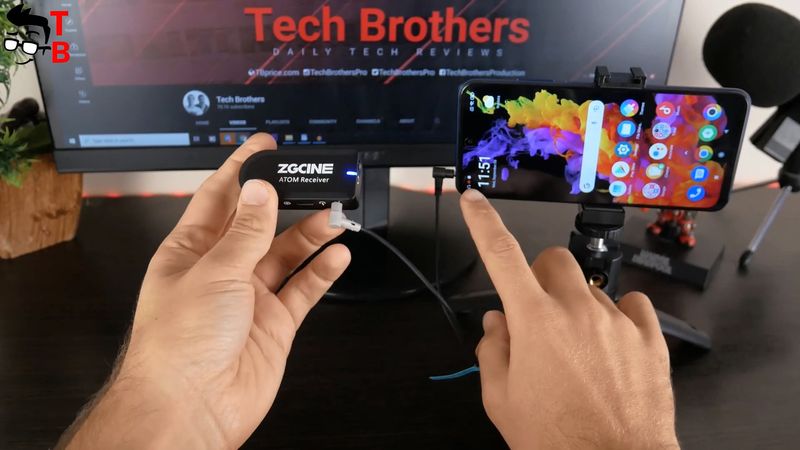 This is a smartphone in my case. You can also connect a headphone to the receiver for real-time monitoring. 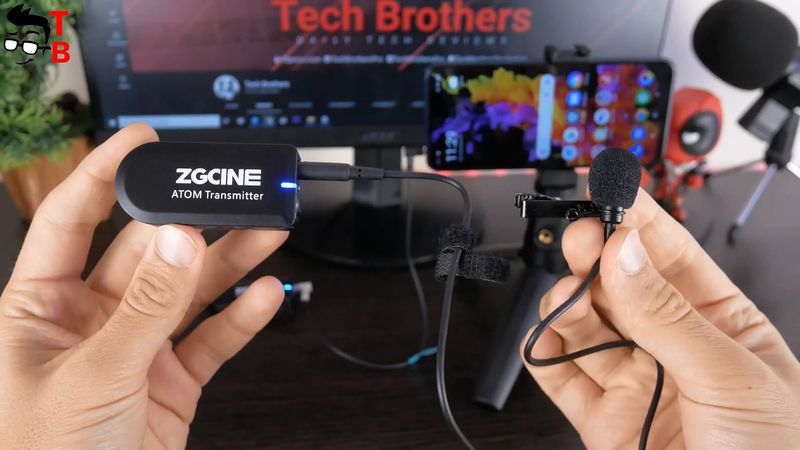 As I already said, you can use an external livelier mic. It is connected to the transmitter. By the way, let’s check the livelier microphone quality.

Let’s go back to recording audio on the built-in microphone.

Finally, we have to talk about the battery of the ZGCINE wireless microphone system. The transmitter and receiver are equipped with a 500mAh battery. The battery life on a single charge is up to 6 hours. 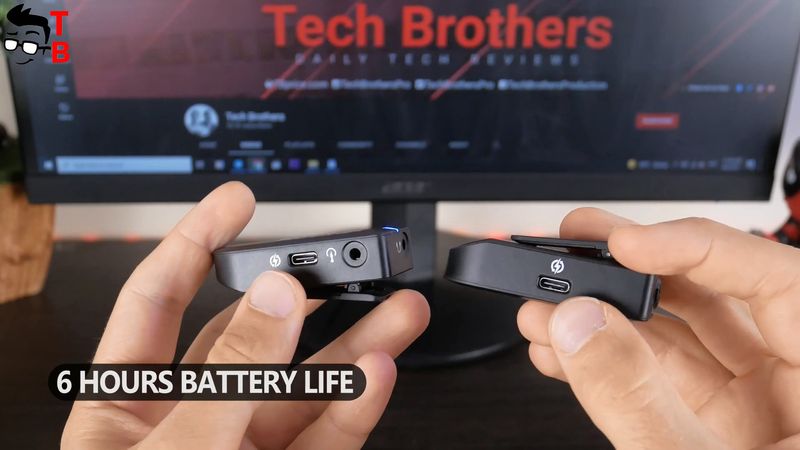 By the way, the manufacturer says that the microphone system supports fast charging. The full battery charge of the transmitter and receiver takes only 2 hours.

ZGCINE ATOM is an affordable wireless microphone system for only $89. You could hear the microphone quality during the whole video. I think it is really good. 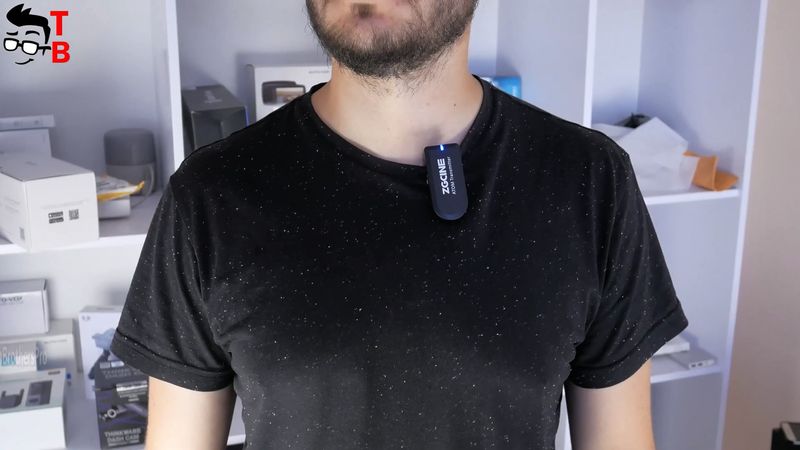 I also like a carrying case, mini tripod, and even the new design of wind muff. All this makes ZGCINE ATOM microphone very attractive to buy.