by Alex
in Comparisons, Home, Smartphones 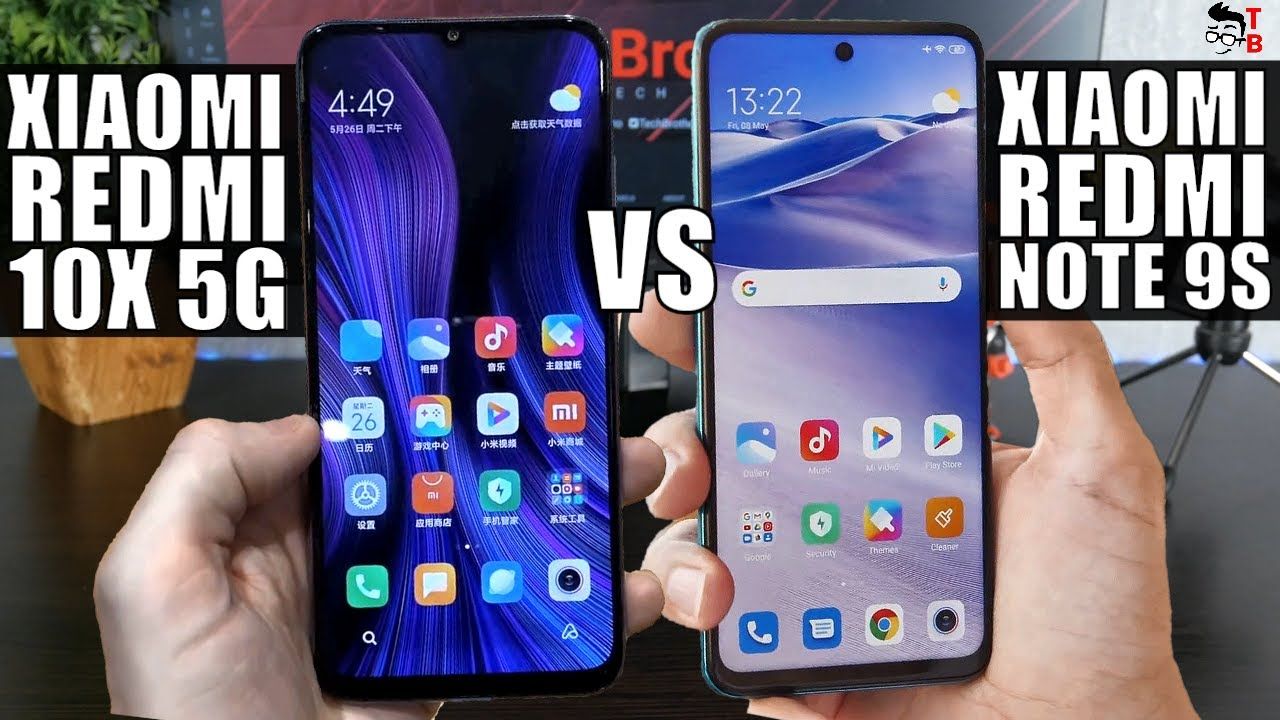 Finally, the new Xiaomi Redmi 10X 5G is officially released! You have probably heard about this phone because everyone has been talking about it the last month. The new Xiaomi smartphone has Dimensity 820 chipset and more than 405 thousand points in AnTuTu. This is the most powerful budget smartphone in 2020. By the way, the price of Redmi 10X 5G is about $224.

There is also a 4G version of Redmi 10X with Helio G85 chipset and Redmi 10X Pro 5G. If you are interested in the differences between all these versions, write in the comments below. Later we will do a dedicated video with a comparison of them.

In this article, I want to compare the 5G version of Redmi 10X with the popular budget phone – Redmi Note 9S. Is the new smartphone really better than the previous one? Let’s find out. 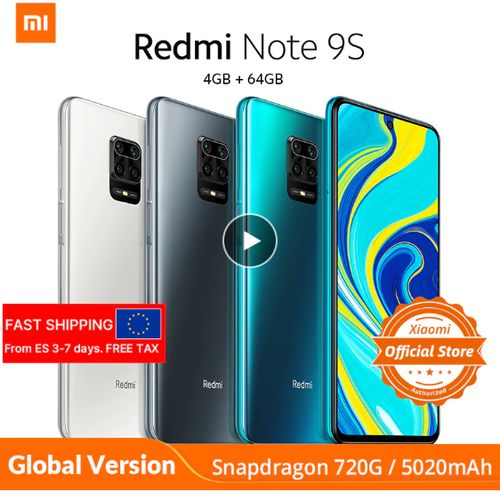 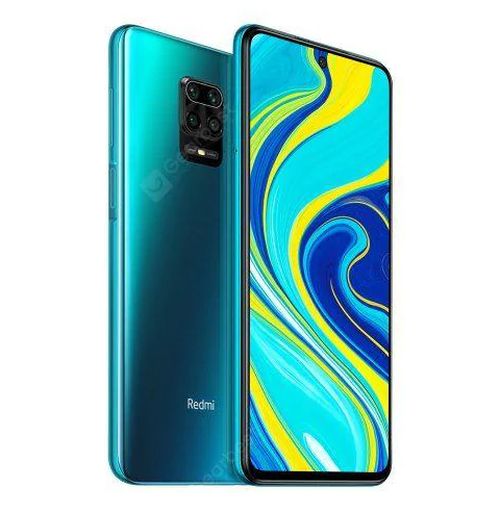 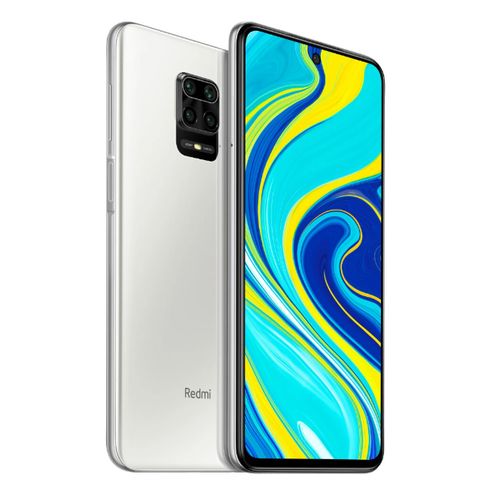 The design of the new Redmi 10X 5G and Redmi Note 9s is similar, especially the rear panel. They are made of glass and covered by protective Gorilla Glass 5. 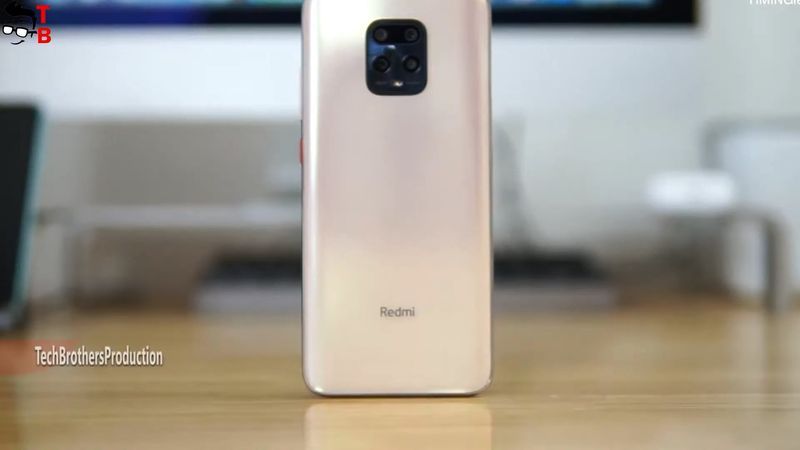 The main camera design is also similar. However, Redmi Note 9s has four sensors and flashlights, while the new Redmi 10X 5G comes with a triple camera. The Pro version of this smartphone has a quad-camera.

On the front panel, we can see that Redmi Note 9S has a hole-punch display, while the new Redmi 10X 5G comes with a small waterdrop notch. Both of them have a fingerprint reader under the display. 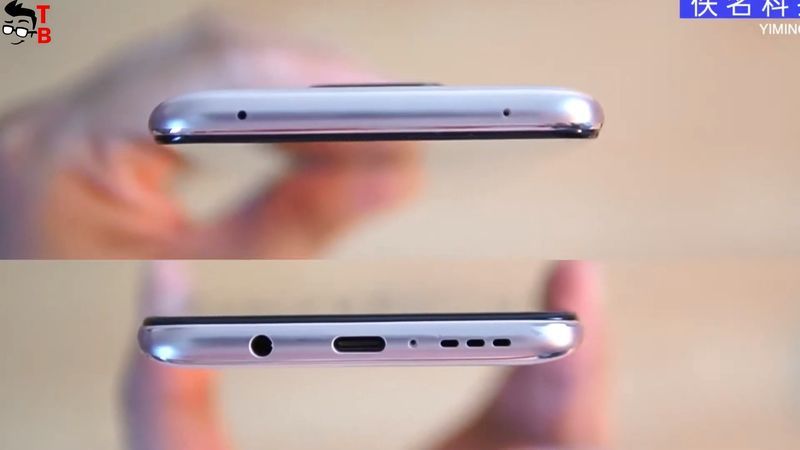 At first glance, the smartphones look the same. However, Redmi 10X 5G has an IP53 standard. Actually, the new phone is not waterproof. It is only splash-proof and dustproof. However, Redmi Note 9S doesn’t have even this protection. 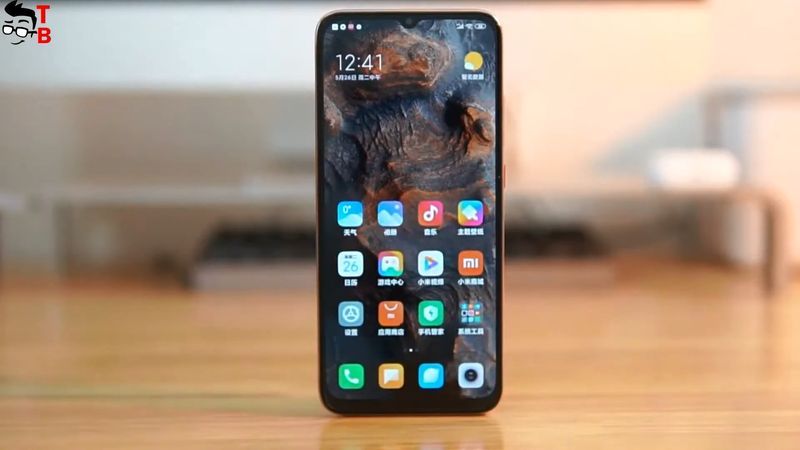 Also, Redmi 10x 5G is more compact than Redmi Note 9S, because it has a smaller display. However, the weight and thickness are almost the same. 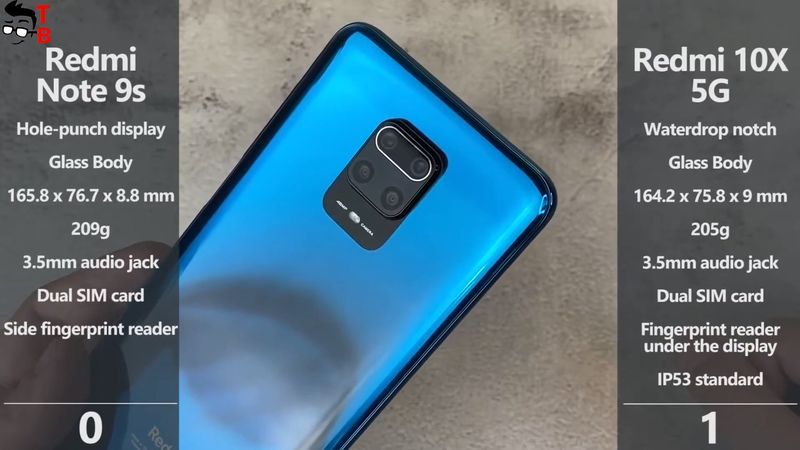 You know, these Xiaomi smartphones are very similar, but I want to give Redmi 10X 5G the first point in this comparison, because of the IP53 standard.

Talking about the display, Redmi 10X 5G comes with a 6.57-inch diagonal and Full HD+ resolution. This is an AMOLED panel from Samsung. 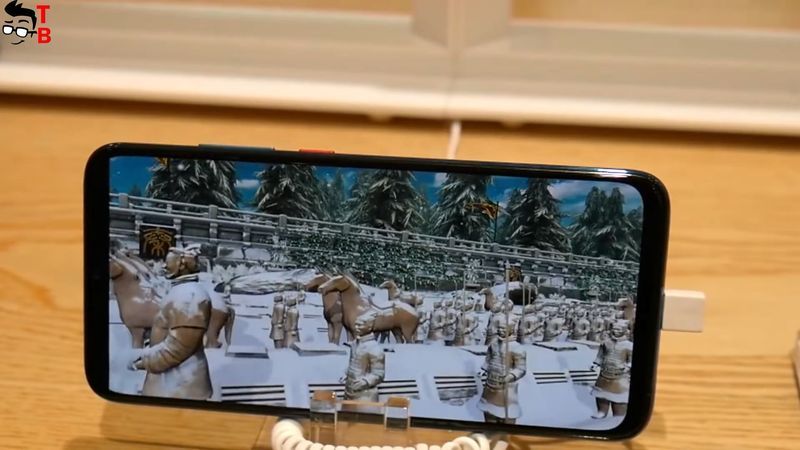 Redmi Note 9S has a 6.67-inch display with the same resolution, but IPS LCD panel. 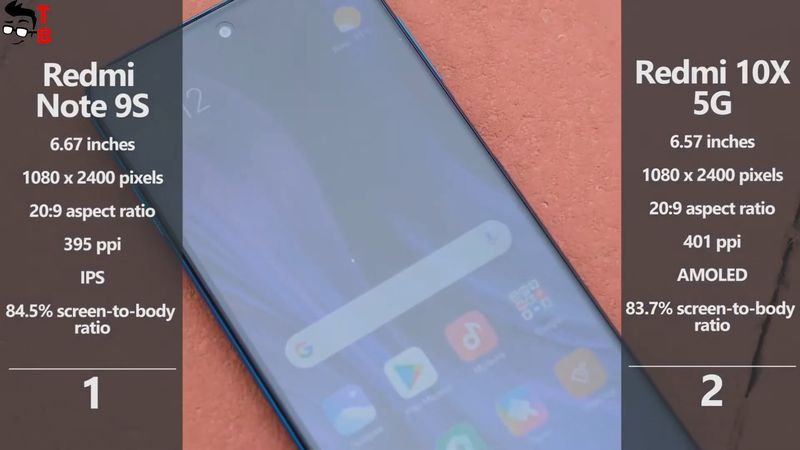 To be honest, I cannot choose which display is better. They look very similar to me. So, this time, I will give the smartphones by one point each. Do you agree? Write in the comments below.

Redmi Note 9S is a budget smartphone, but it is powered by a very good 8-nm processor – Snapdragon 720G.

The new smartphone Redmi 10X 5G has 7-nm chipset – MediaTek Dimensity 820. It is even better than Snapdragon 720G. 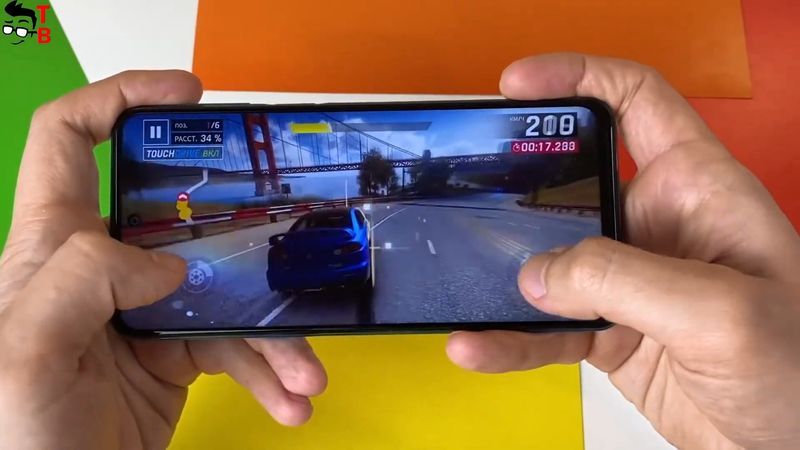 The main feature of Dimensity 820 is the 5G modem. This is the most affordable processor with 5G support.

If we look at the AnTuTu benchmark, then see that Redmi Note 9s has about 275 thousand points, while the new Redmi 10X scores 405 thousand points. The difference is significant. 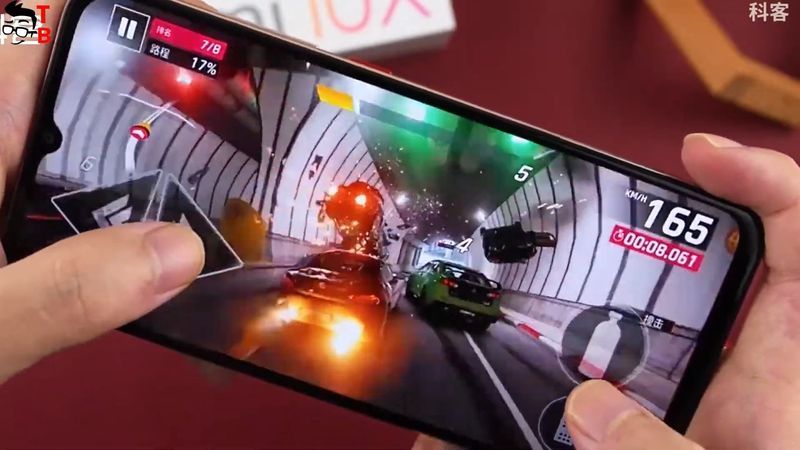 Both smartphones are available in different memory configurations: 4, 6, and 8GB of RAM, and 64,128 or 256GB of internal memory. As I already said, mobile devices have a dedicated slot for the MicroSD memory card. 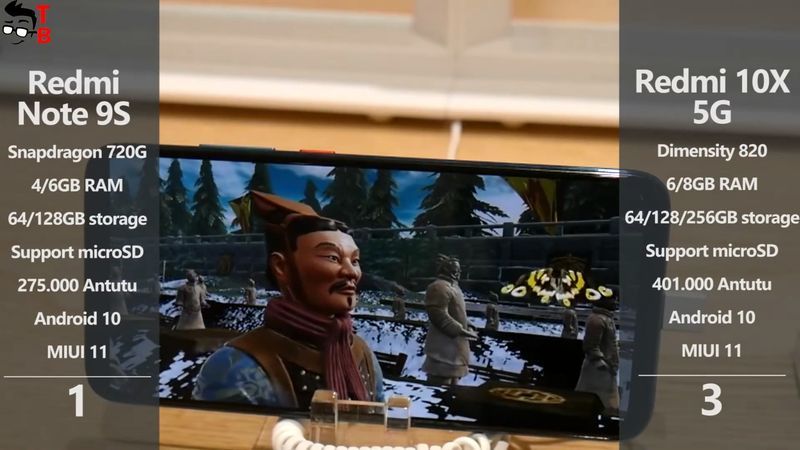 So, I think you will agree with me that Redmi 10X 5G has a much better processor and performance. 5G support is a killing feature of the new smartphone.

As I already said, Redmi 10X 5G has a triple camera on the back: 48MP main sensor, 8MP ultra-wide lens, 2MP depth sensor. 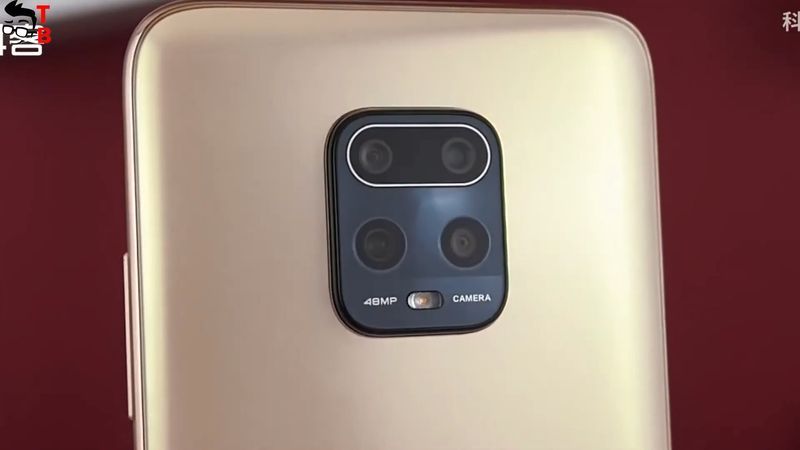 Redmi Note 9S has a quad camera, which consists of the same sensors, but also a 5MP macro camera.

Both of them have a 16MP selfie camera.

So, the smartphones will take the same photos on the front and rear cameras, but Redmi Note 9S allows us to take macro images. I think it can be useful for some people. 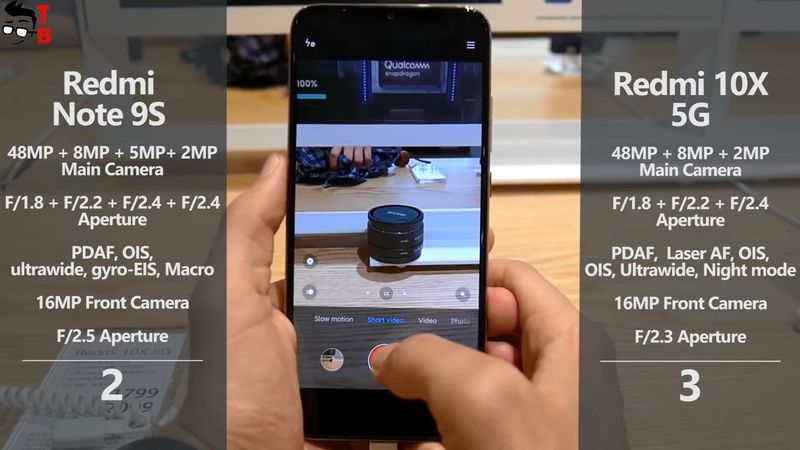 I will choose Redmi Note 9S this time. 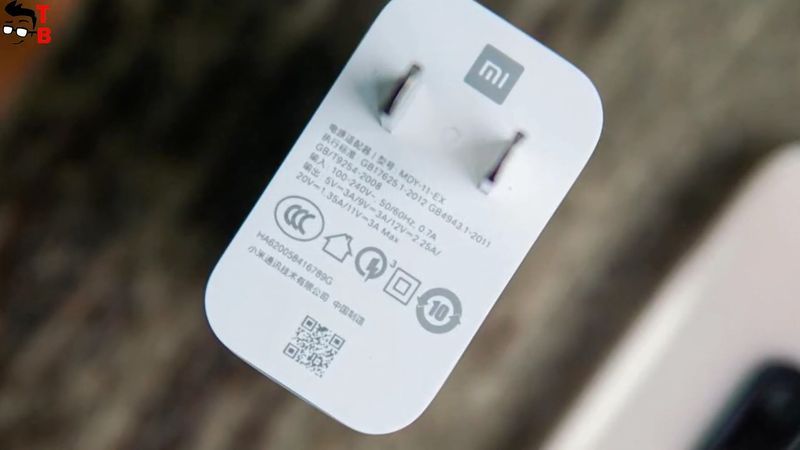 It means that Redmi Note 9S has longer battery life, but Redmi 10X has faster charging. 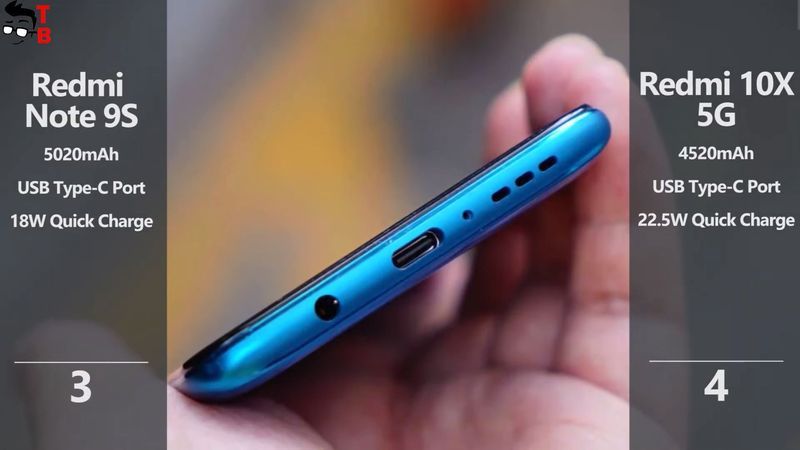 You should decide which of these is more important for you. I will give the smartphones by one point each.

Finally, let’s compare the price. Right now, you can buy Redmi Note 9S for only $209. The version with 128GB of internal memory will cost you $229. 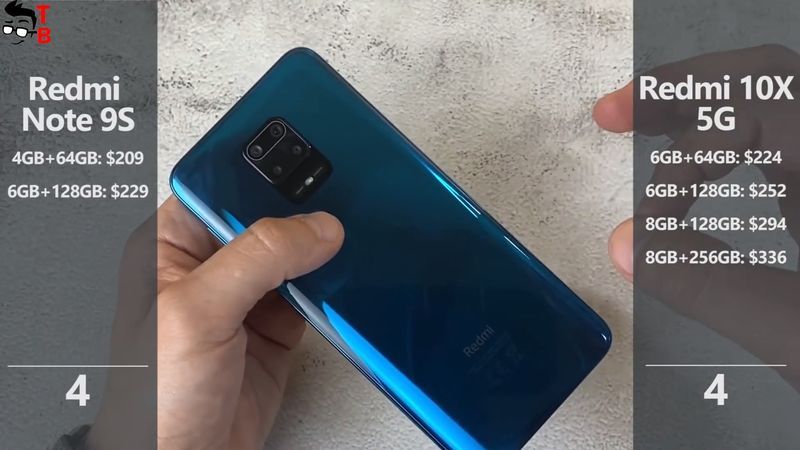 Redmi 10X was presented only yesterday. It will go on sale in the coming days. The official price starts at $224. However, it will be more expensive at the start of sales.

So, Redmi 10X and Redmi Note 9S have the same number of points in this comparison. 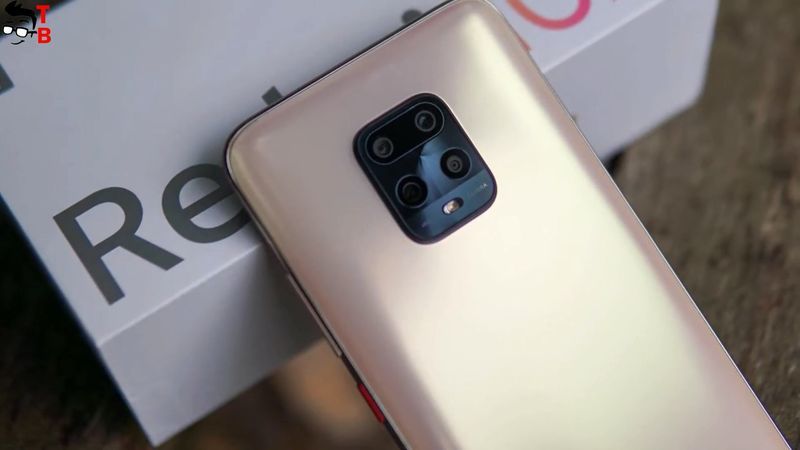 The new smartphone has almost the same design as Redmi Note 9S, but IP53 splash-proof protection.

The camera sensors are also the same, but Redmi Note 9S is equipped with an additional 5MP macro camera. 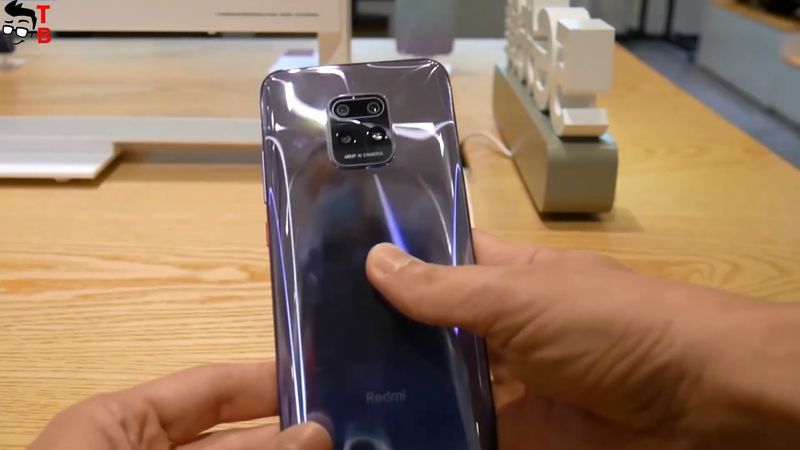 However, the main feature of Redmi 10X 5G is Dimensity 820. This is a 5G processor with very good performance.

I think you will agree with me that we have the new king on the budget smartphone market!

You should pay an additional $20 for Redmi 10X 5G and get the smartphone with 5G support and very good performance.