VIOFO A139 Full REVIEW: Your Car Is Protected From All Sides!

In this article, I want to tell you about another dash cam, but it differs from other models by having a triple camera. This is the first dash cam that I have tested with three channels: front, rear, and interior. 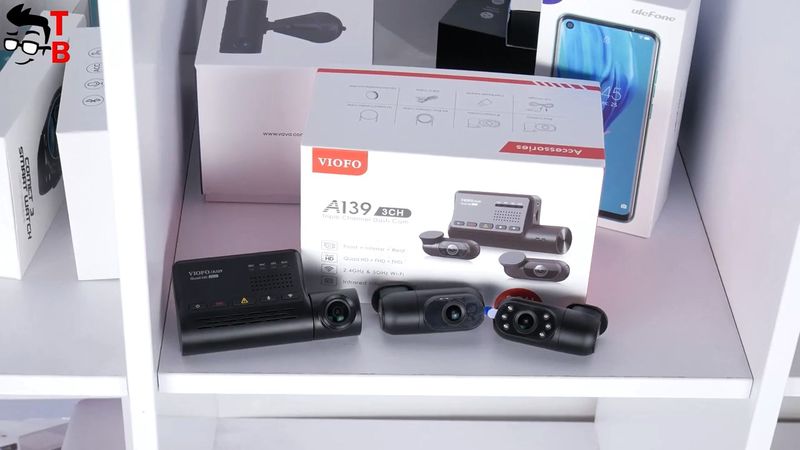 The dash cam is called VIOFO A139. So, I suggest to start with unboxing and then look at the design, main features, application, and sample videos day and night. 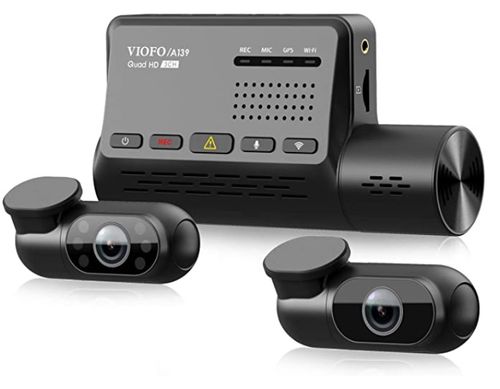 The new dash cam from VIOFO comes in this box. 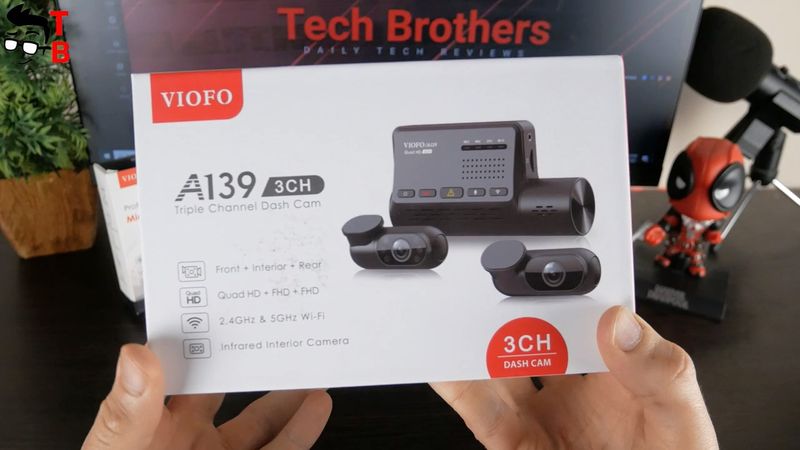 There is all information about the product on the box, such as main features on the front, accessories on one face, and specifications on the other. 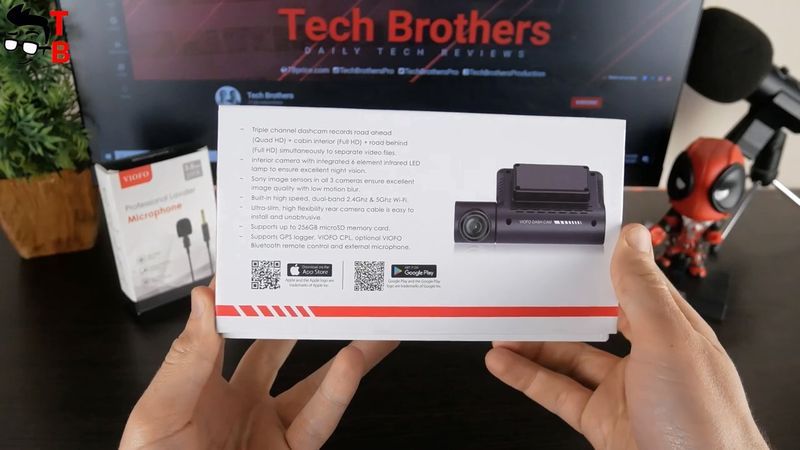 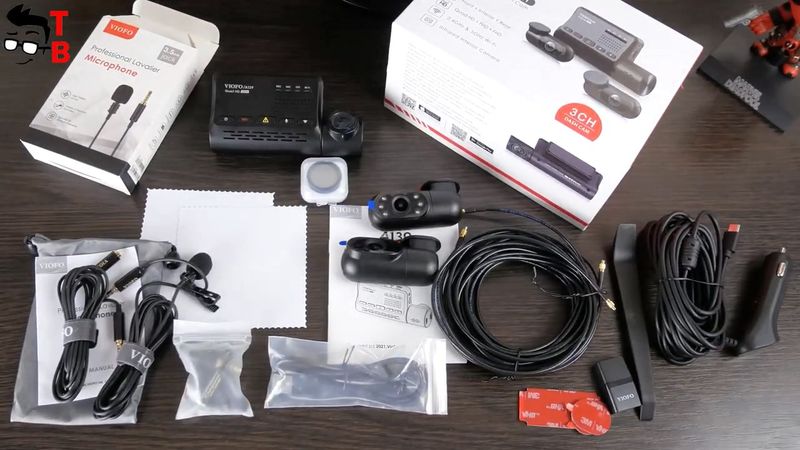 By the way, I also have another box with a professional lavalier microphone. It is sold additionally. 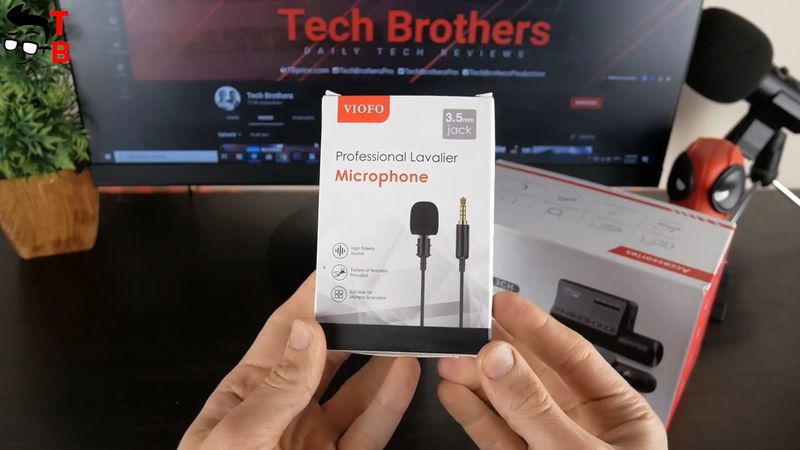 As you can see, you can use the microphone with not only dash cam, but also a smartphone, tablet, PC, notebook, and other devices. Later in this article, we will check the microphone quality.

So, this is the VIOFO A139 dash cam. The first thing I noticed is 300 degrees rotation lens. It is a very useful feature because you can record video inside and outside the car. 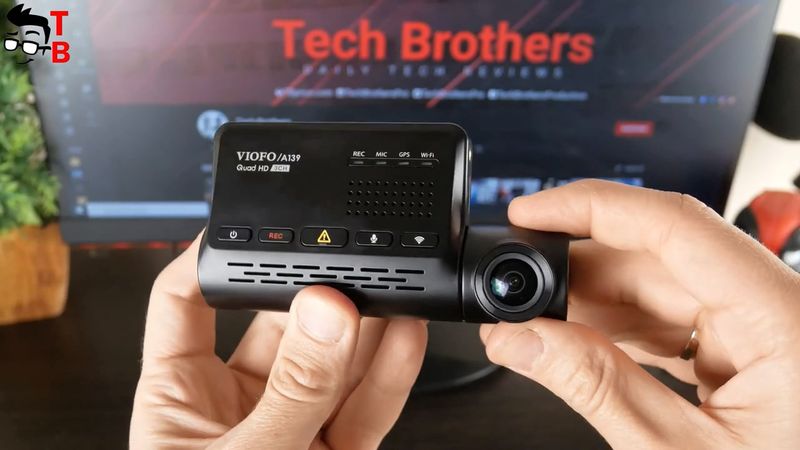 As you can see, the dash cam doesn’t have a display. Instead, there are many different buttons, such as power on/off, record start/stop, video protect, microphone on/off, and Wi-Fi on/off. 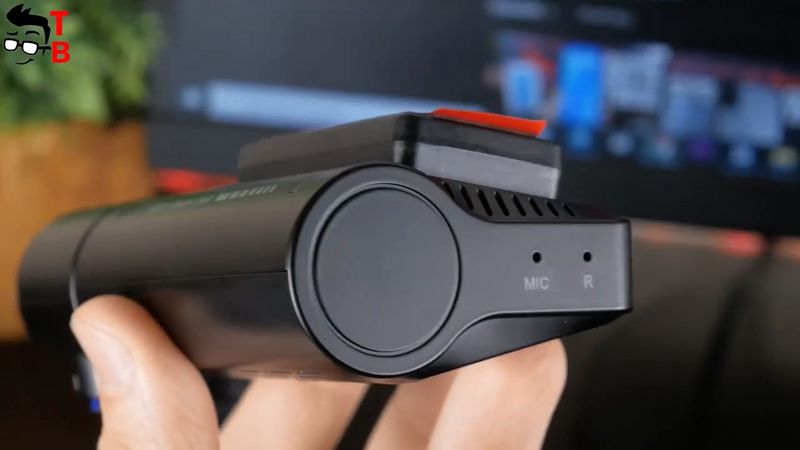 There are also four status indicators on the top: Record, Microphone, GPS, and Wi-Fi. 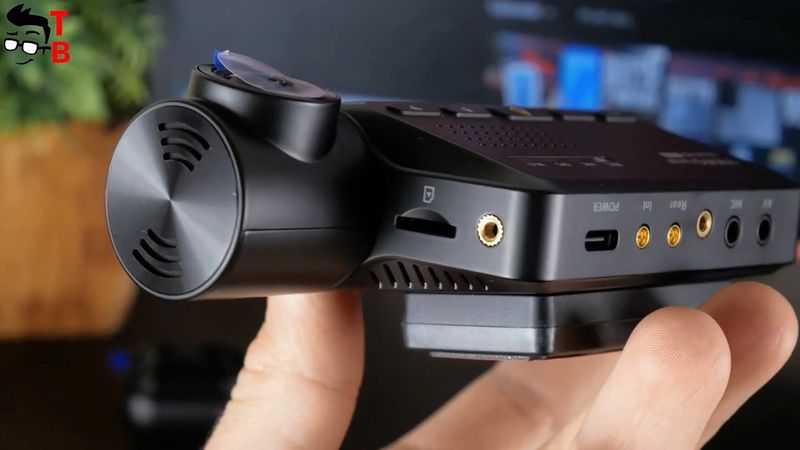 On the left side, we can see a reset hole and a built-in microphone hole.

On the right side, we have a screw hole and microSD memory card slot. 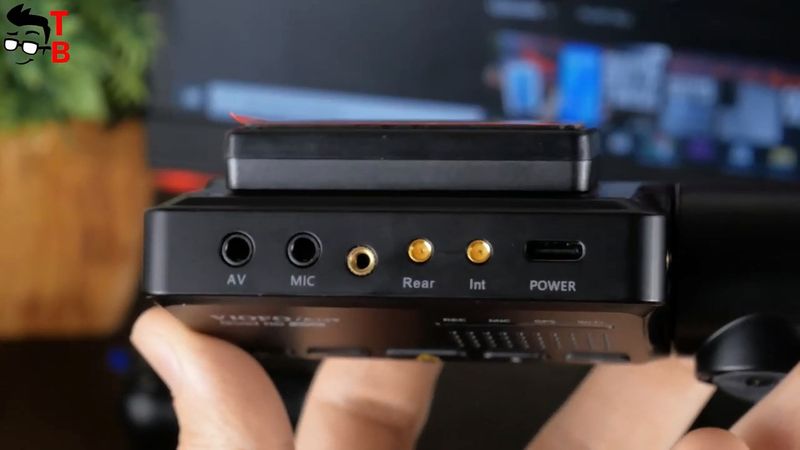 By the way, this is a GPS module.

There are AV and microphone ports on the top, as well as rear and interior camera connectors. USB Type-C port is used to power the dash cam. 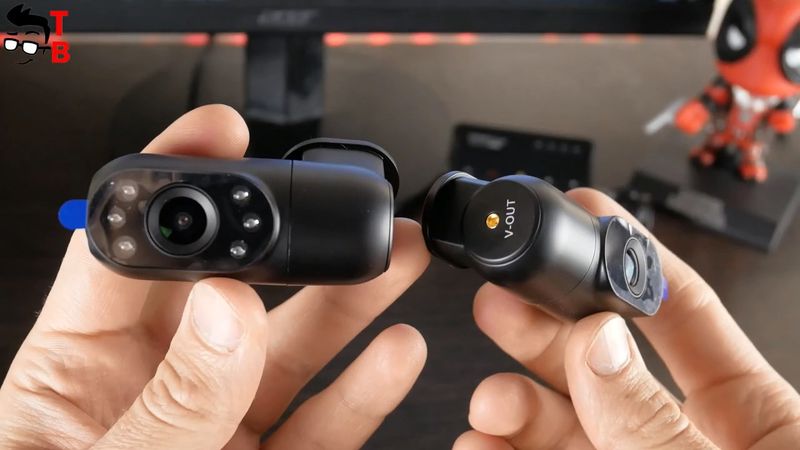 Now, let’s talk a look at the rear and interior cameras. Actually, they look the same, but the cabin camera has six infrared lights. The cameras don’t have any buttons, because you just need to connect them to the dash cam, and they will be turned on. 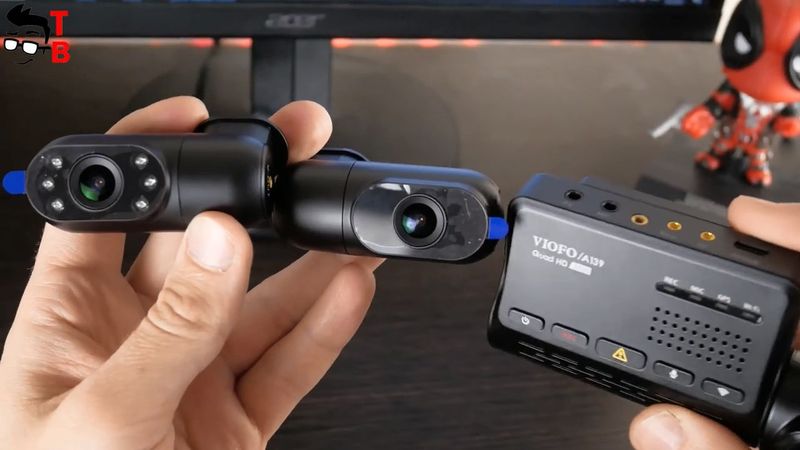 By the way, the interior camera is sold additionally, just like an external microphone. You can also buy an optional hardware kit, Bluetooth remote control, and memory card. All these accessories are sold on Amazon. 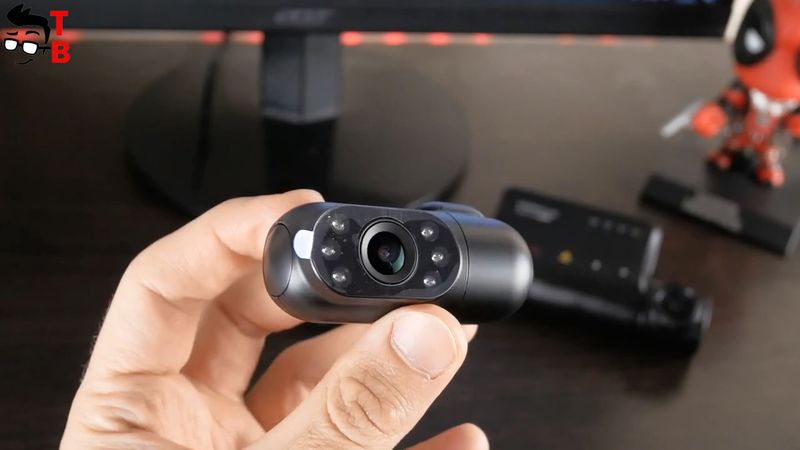 OK, now I want to go to the Amazon product page and look at the main features of dash cam.

So, here we can see that the first feature of the VIOFO A139 dash cam is three-channel recording. The front 5MP Sony camera has 140 degrees viewing angle and a resolution of 2560 by 1440 pixels at 30 fps. 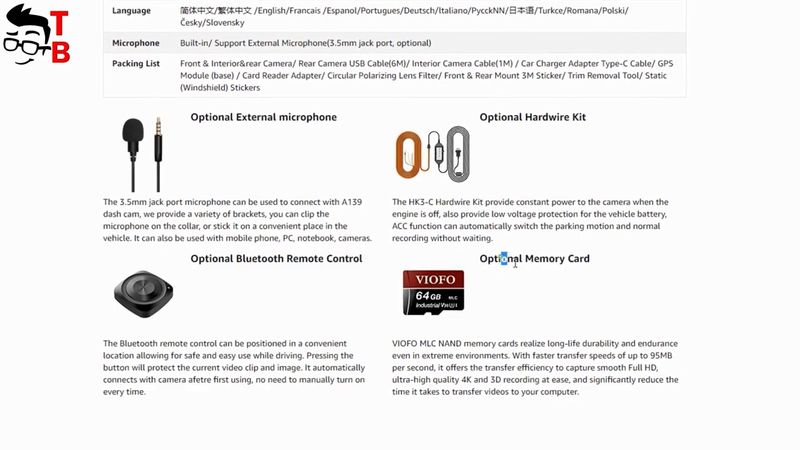 The dash cam also has built-in Wi-Fi 2.4 and 5GHz. It is really necessary because you can watch the live video from dash cam or video footage only in the app.

The next feature of VIOFO A139 is voice notifications. The dash cam uses spoken the English language to confirm settings changes. 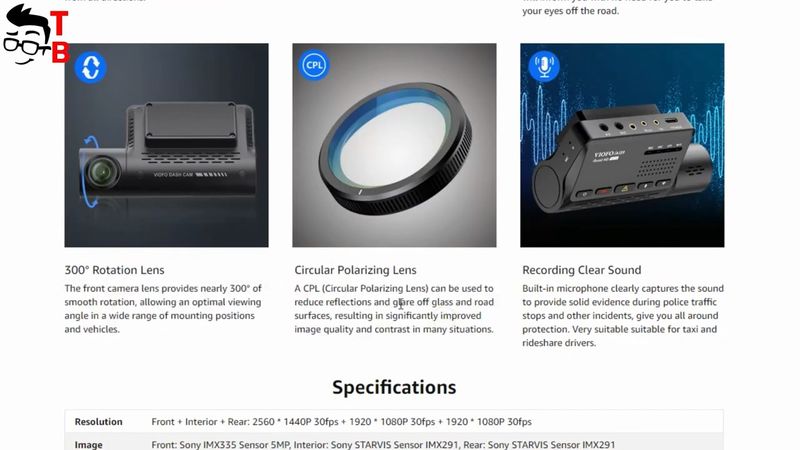 I also showed you a circular polarized lens in the package. It can be used to reduce reflections and glare off glass and road surfaces.

Finally, the last feature of the VIOFO A139 dash cam is a built-in microphone. We will compare the quality of the built-in and external microphone a little later. 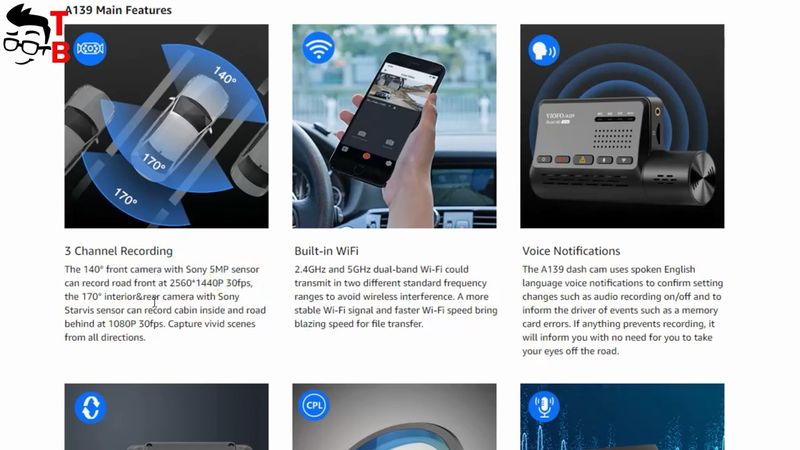 However, that’s not all the features of the new VIOFO dash cam. It also has built-in GPS, super night vision, and three parking solutions, such as auto event detection, time-lapse and low bitrate.

Now, we can look at application and its functions.

So, in the app on a smartphone, we can see the video from the front, rear, and interior cameras.

There is also a switch camera and snapshot buttons. 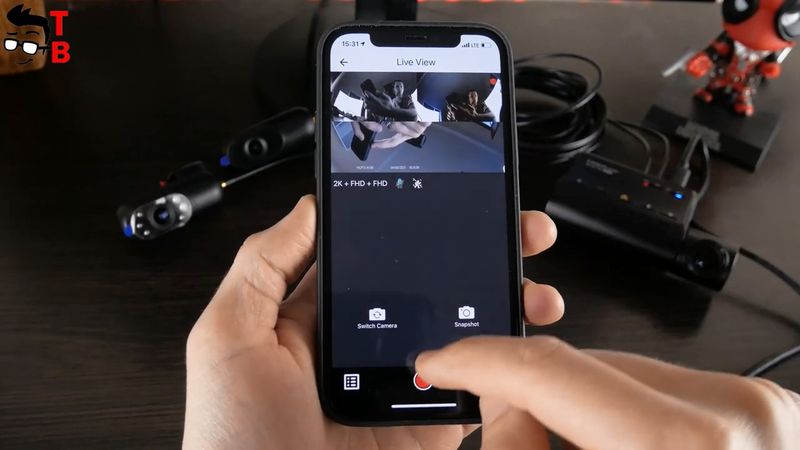 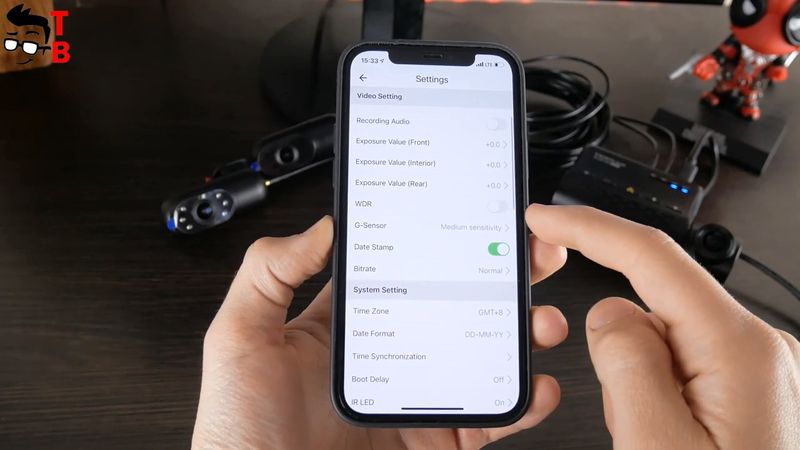 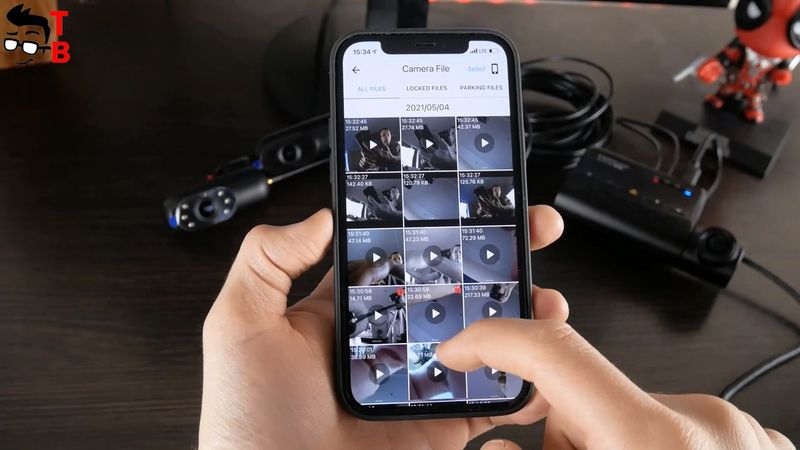 By the way, there is also a gallery in the app with all files, locked files, and parking files.

As I said at the beginning of this article, I want to test the quality of the built-in and external microphone. Let’s do this.

Hey, guys! This sound is recorded on the built-in microphone of the VIOFO A139 dash cam. Actually, I am not driving anywhere. I am in my studio now, so the sound quality should be good. 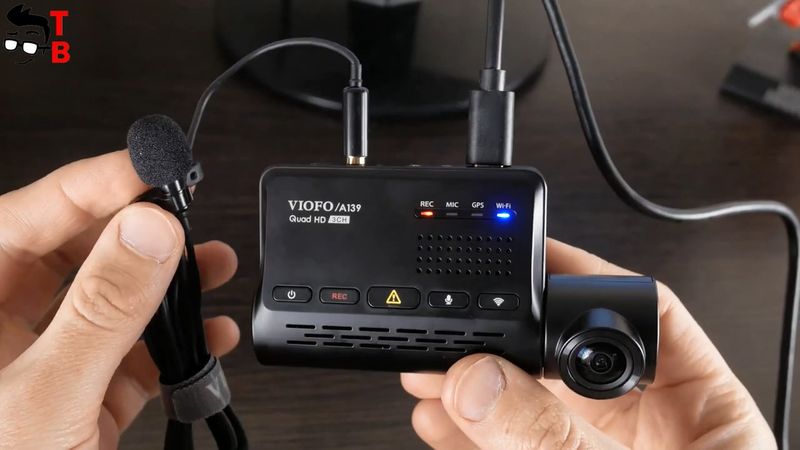 Now, I have connected an external microphone to the VIOFO A139 dash cam. What do you think of the sound? Is it better? But again, I am in my quiet studio, so maybe the sound will be a little worse when you are driving in a car.

So, I recorded some video samples on all three cameras during the day and at night. Let’s watch them.

VIOFO A139 is a very interesting dash cam because it has three cameras: front, rear, and interior. As you could see, the video quality is good on all three cameras.

The dash cam also has built-in Wi-Fi and GPS. By the way, it supports dual-band Wi-Fi. This is really important, because the dash cam doesn’t have a screen, so you can watch the live and recorded video only in the app. 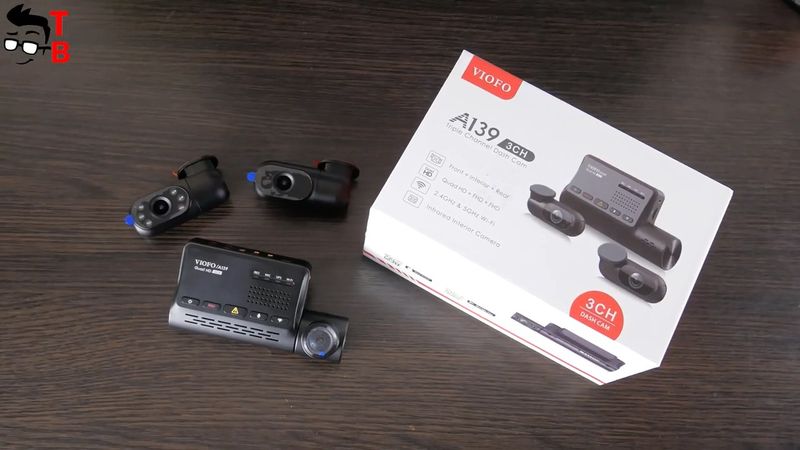 I also like the external microphone of the VIOFO A139 dash cam. It is optional, but I think it can be very useful for many of you.

You can also buy the optional Bluetooth Remote Control.