Today we have the review of the newest and the most advanced dash cam from VAVA Company. VAVA is a new brand for me, but I see they produce many devices, such as projectors, IP cameras, baby monitors, and dash cameras. 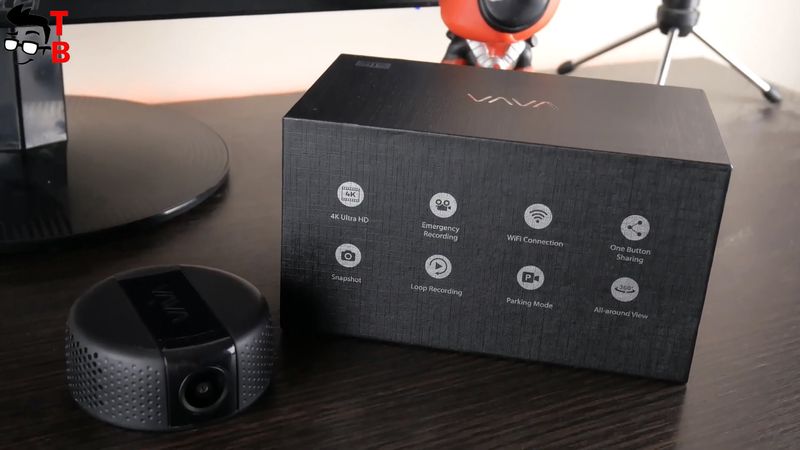 I have a dashcam with the model name of VA-VD004. The last number 4 means 4K resolution. Also, the dashcam has enhanced night vision, 24-hour parking mode, 360 degrees swivel angle, and even a snapshot button. 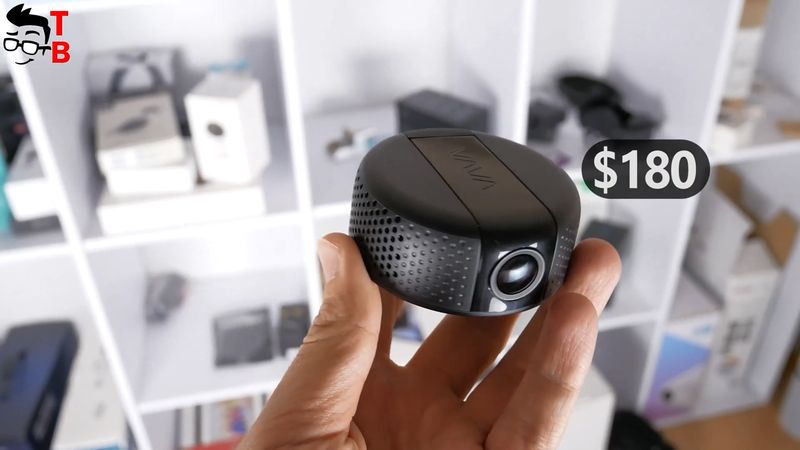 The price of VAVA 4K Dash cam is $180 on Amazon. Let’s talk about the advantages and disadvantages of this device.

After buying a dash cam, you get it in this box. There are only VAVA and 4K logos on the top. 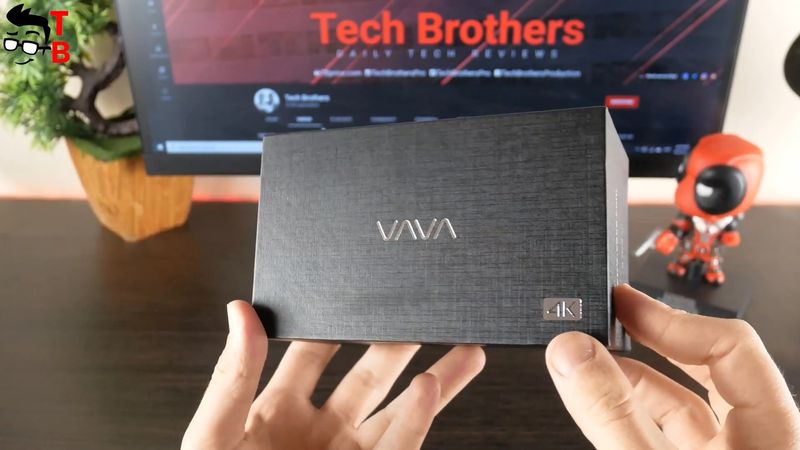 On the bottom, you can read information about the manufacturer. The main features are on the side face, such as 4K Ultra HD, Emergency Recording, Wi-Fi Connection, One Button sharing, Snapshot, and others. 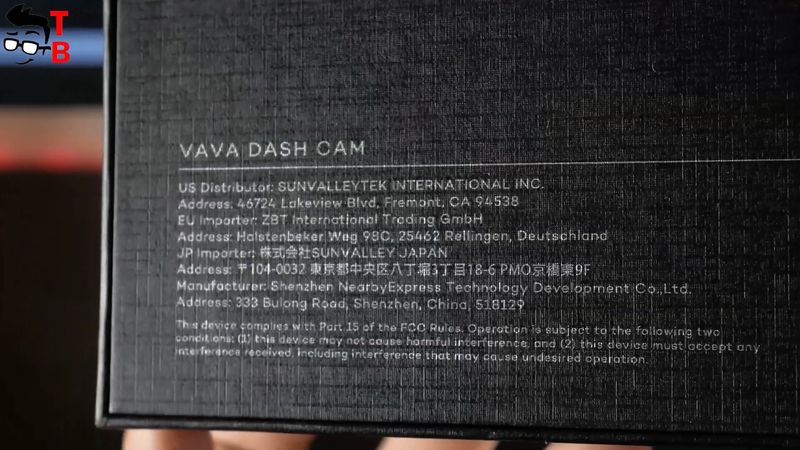 Inside the box, there is an envelope with the user manual and other documentation, another box with dash cam itself, one more box with a charging cable, cable clips, crowbar, car mount, car charger, and snapshot button. 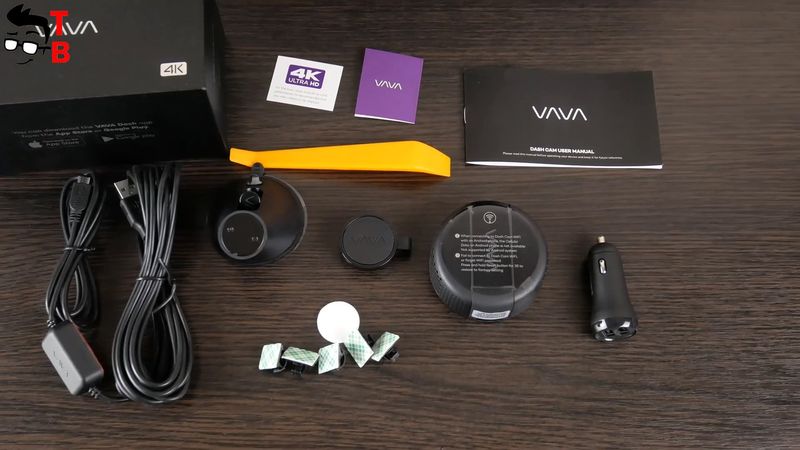 Talking about the design of VAVA 4K dash cam, actually, it doesn’t even look like the regular dash cam. First, the device consists of dash cam itself and a magnetic holder. 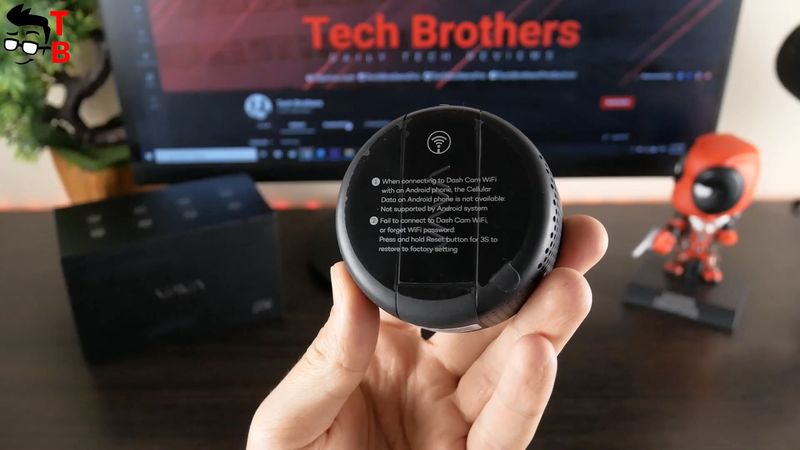 Later, I will show you how to install it in the car. 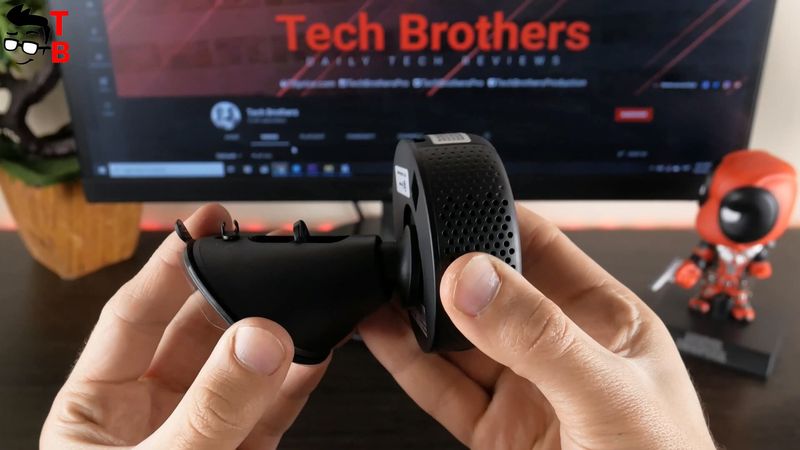 As you can see, the VAVA dash cam doesn’t have a display. You can see the live and recorded video in the app on the smartphone. 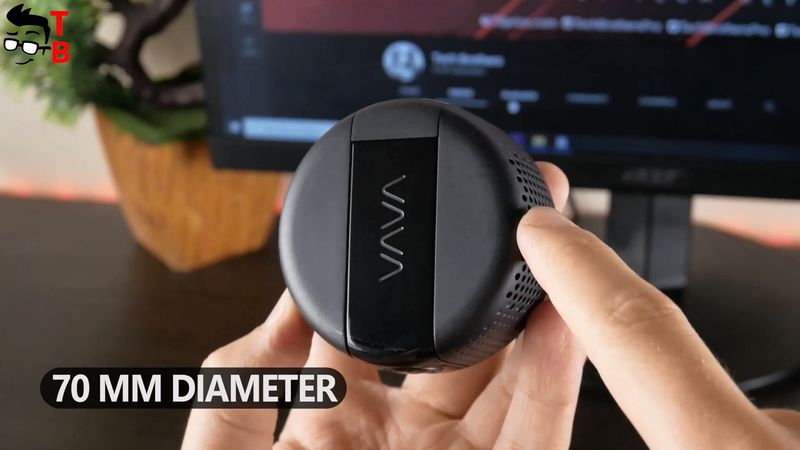 Dash cam is quite compact. It has a round shape with a 70 cm diameter. 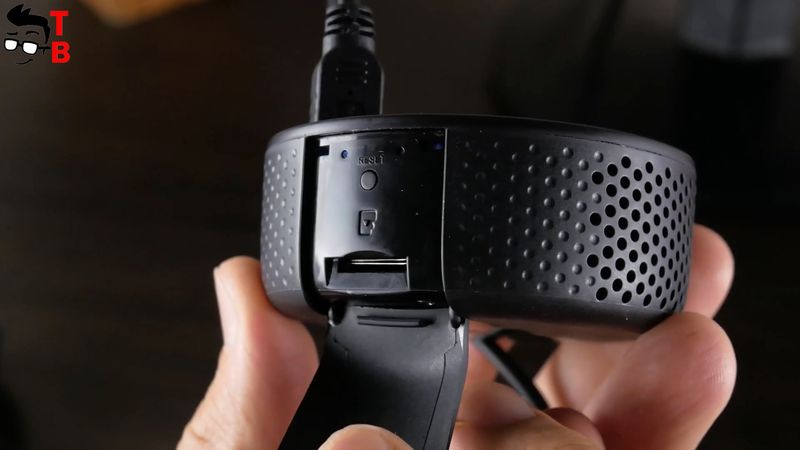 On the front, there is a camera lens, while on the back is a reset button and a microSD card slot. 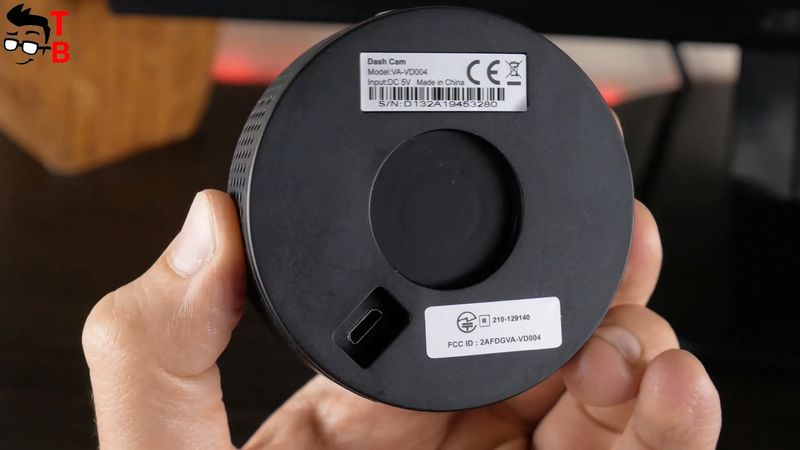 The micro USB charging port is on the top. There is also around magnetic mount next to the micro USB port. 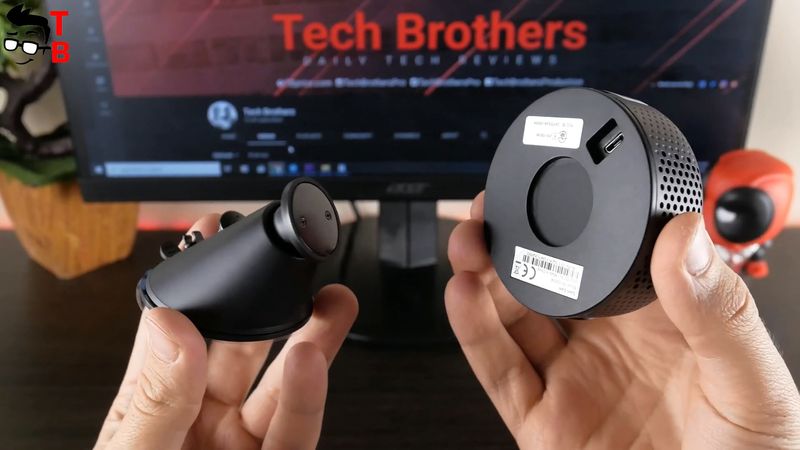 On the bottom, you will find only the VAVA logo. 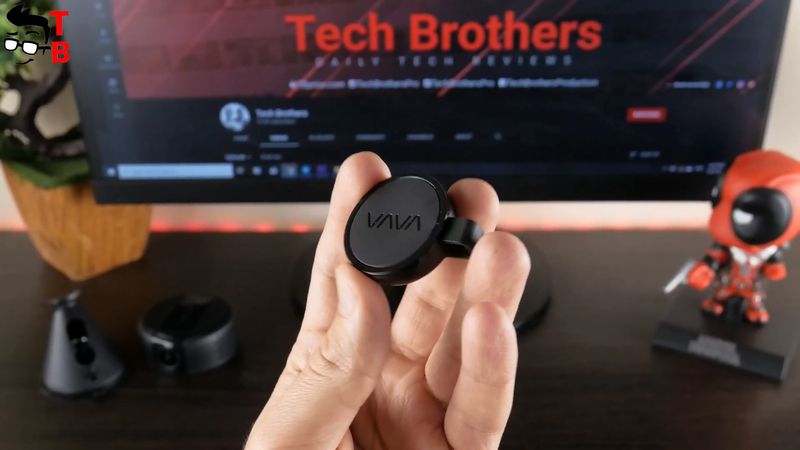 By the way, the VAVA 4K dash cam has a built-in microphone and speaker. You can see speaker grilles on the side faces.

To install the camera on the car windshield, you will need the amount. The camera is attached to the mount via magnets. This solution allows rotating the camera 360 degrees. 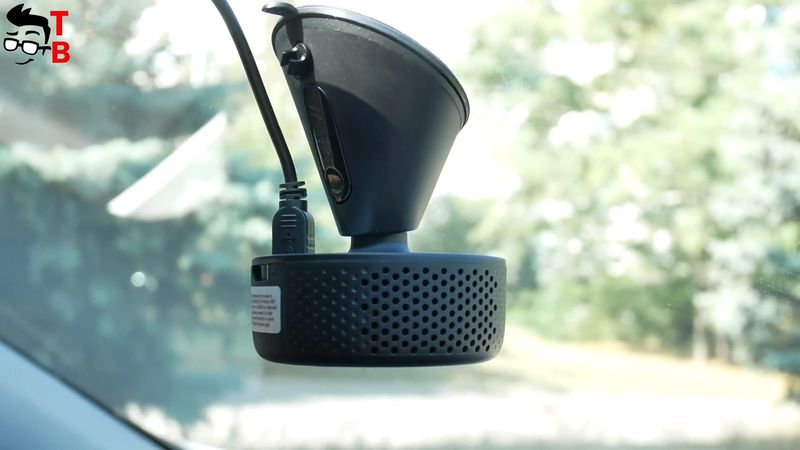 I have never seen anything like this before. This may be the first dash cam with such amount and 360 degrees rotating mechanism.

VAVA 4K dash cam also has a snapshot button. It is very simple. You can press the button to take a snapshot or long-press to record a 20-seconds video.

Now, let’s open the Amazon page and look at the main features of the VAVA 4K Dash cam.

First, I recommend you read warning tips on the Amazon page. As you can see, Dashcam will automatically enter REC mode after powered on. 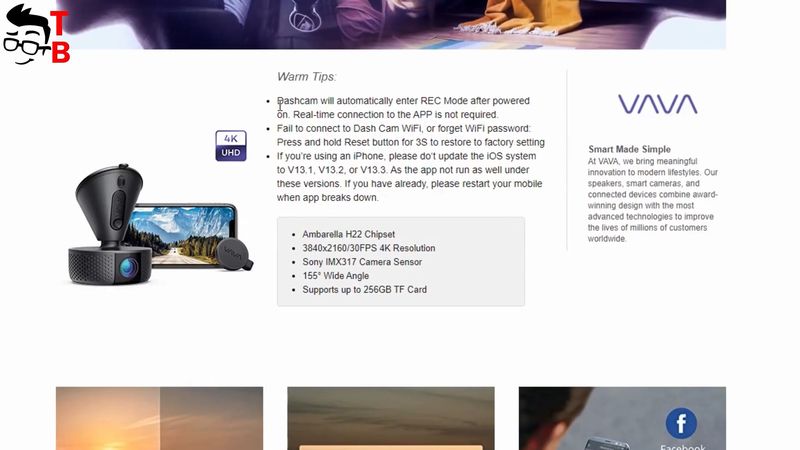 If you cannot connect to dashcam Wi-Fi, then press and hold the reset button for 3 seconds. 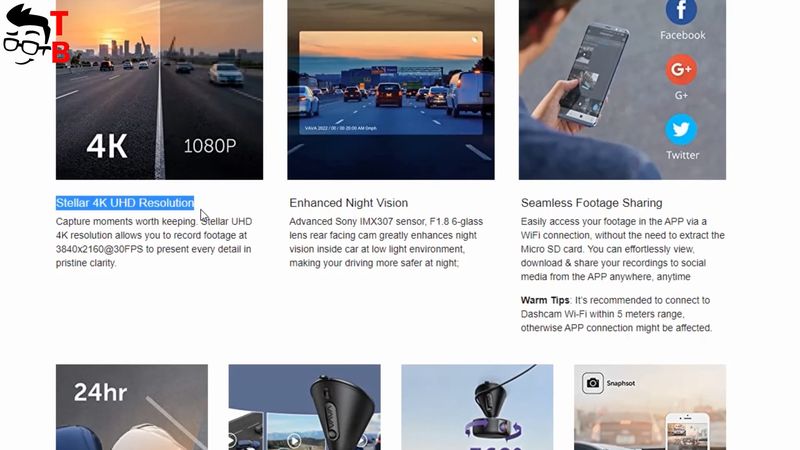 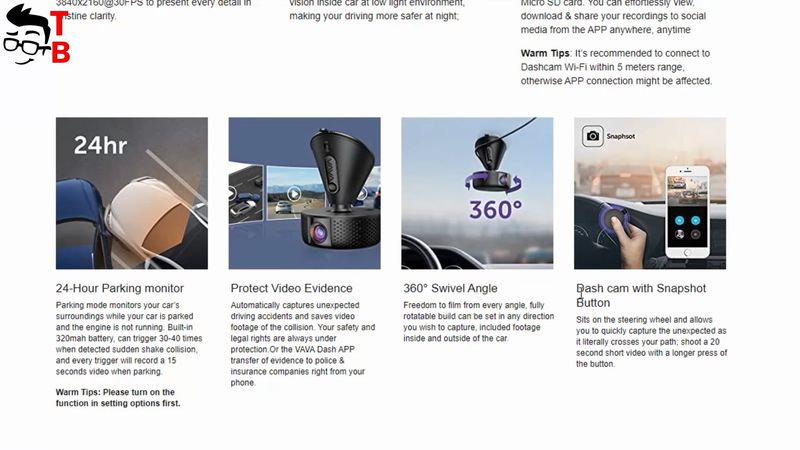 It is very simple to connect VAVA 4K dashcam to smartphones. First, you need to download the VAVA application. 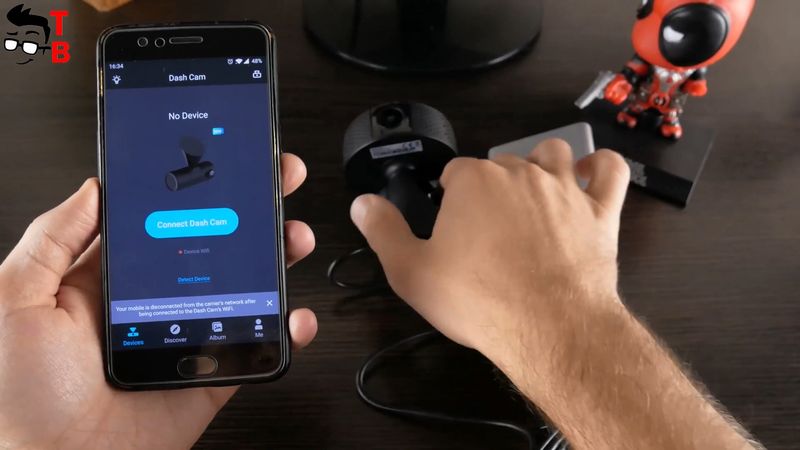 Then, open the app and click on the Connect dash cam.

The next step is to connect to the Dashcam Wi-Fi network. 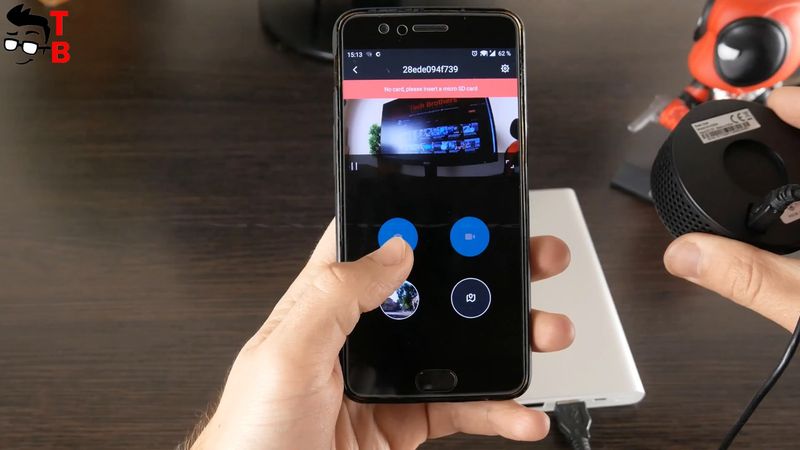 Return to the app, and you will see that the dashcam is connected.

Actually, the app has only a few functions, such as snapshot, video record, gallery, and parking. 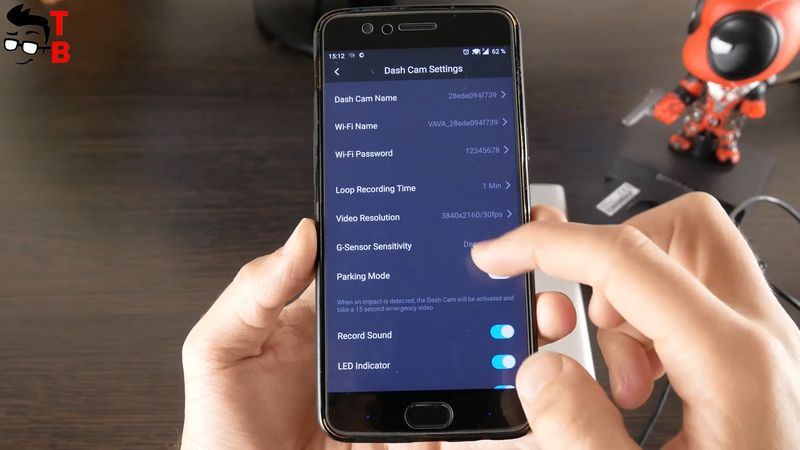 By the way, I forgot to tell you that VAVA 4K Dashcam has 320mAh built-in battery. However, it is used only for the parking mode. Parking mode monitors your car surroundings while your car is parked and the engine is not running. When the dashcam detects a sudden shake collision, it records 15 seconds video. 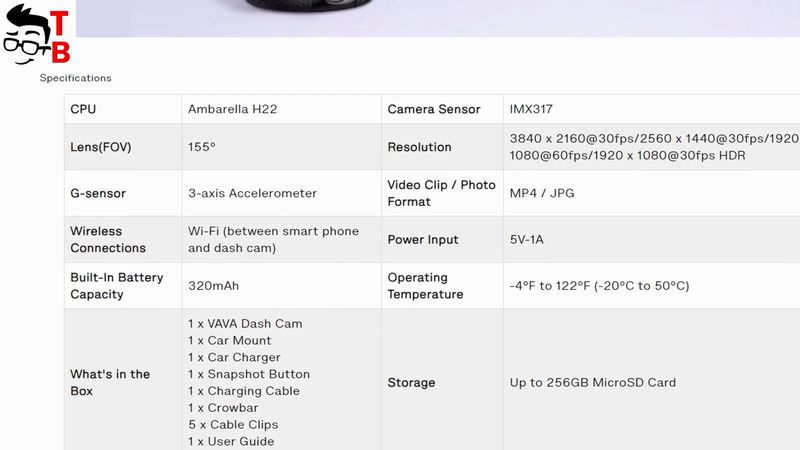 Let’s install the dash cam and look at the video quality.

First, you need to plug-in charging cable in-car cigarette lighter and dashcam itself. Then, remove the film from the mount, and place it on windshield. 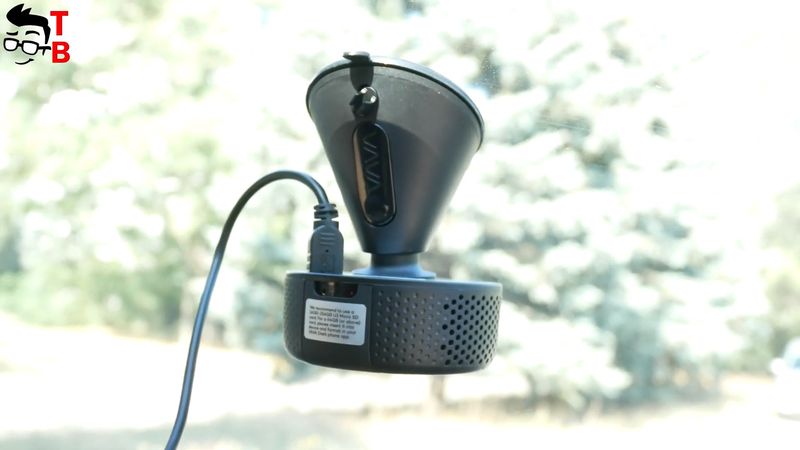 The last step is to connect the camera to the mount.

Okay, I have already shot the video day and night. You can watch them at the end of this article.

I think that dashcam is a must-have for any car owner. VAVA 4K dashcam is one of the best on the market because it has 4K resolution, 360 degrees swivel angle, parking mode, night vision, snapshot button, and other features. 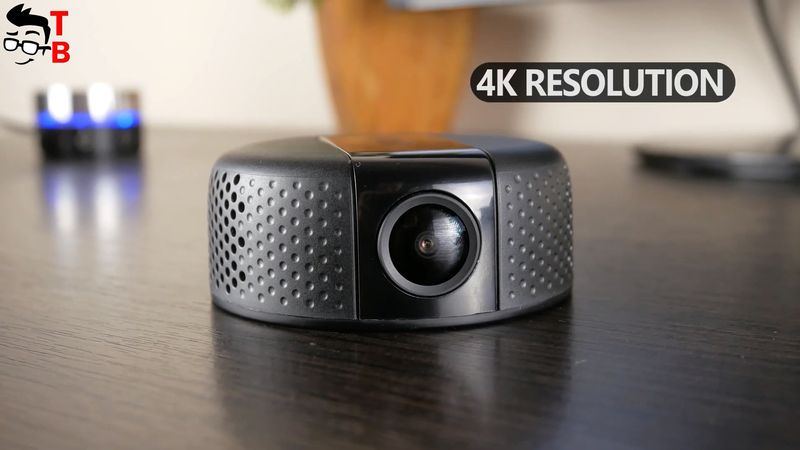 Perhaps, the only drawback is the lack of display, but you don’t really need it, because you can see the video on the smartphone. The mobile device is always with you.

If you are interested in VAVA 4K dashcam, I will leave the links below.