PAMU Z1 REVIEW: These TWS Earbuds Are Worth Your Attention!

The price of the new earbuds is $69. By the way, there is also a Lite version of these earbuds without wireless charging support and active noise cancellation. The other features and specs of PAMU Z1 Lite are the same as PAMU Z1. 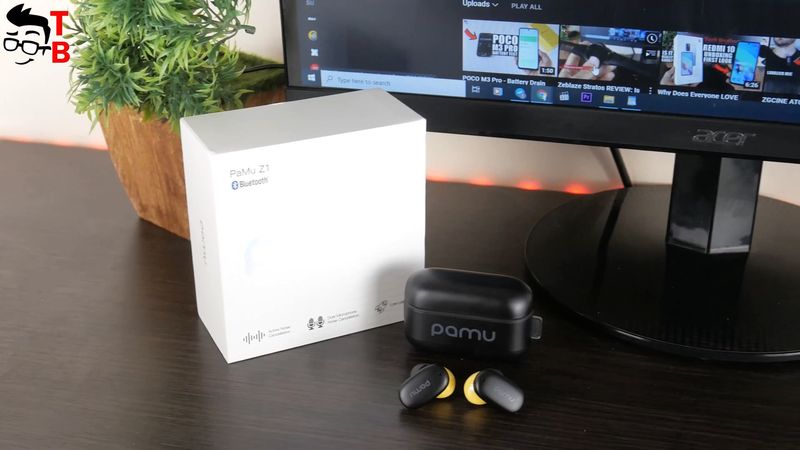 I have wireless earbuds with active noise cancellation, and we will test them in this article. 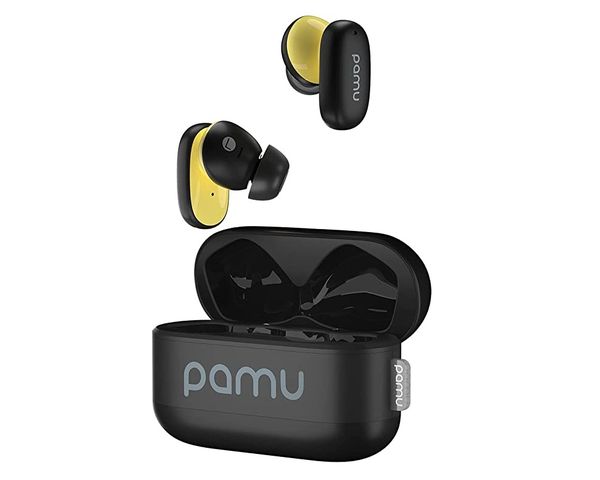 The box of the new earbuds looks quite simple. There is only the PAMU logo on the front, and the main features of the earbuds, such as ANC, dual mic, and low latency. 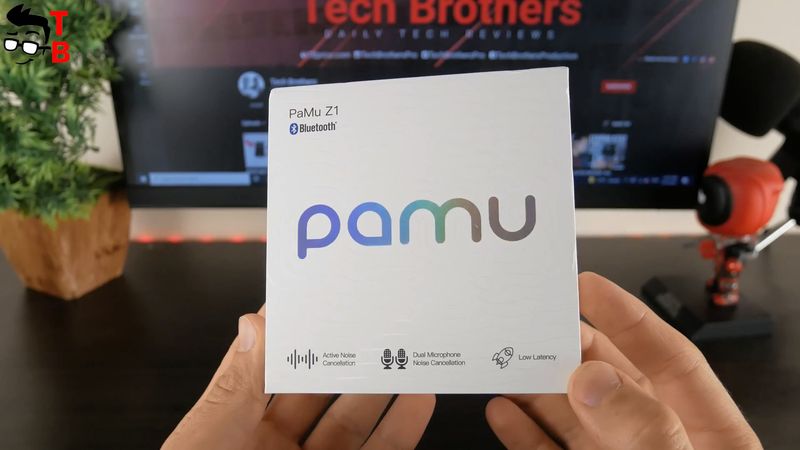 On the back, we can read the specifications of earbuds in different languages. 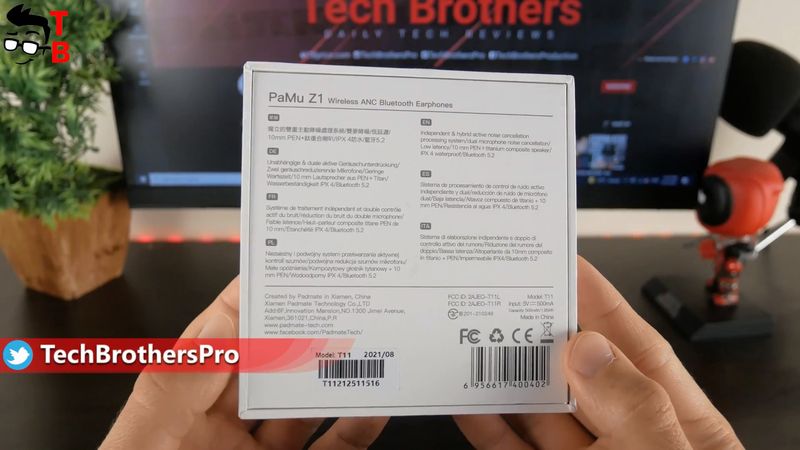 When you open the box, you will find a charging case with earbuds inside, a nice pouch for carrying and storing the earbuds, a USB Type-C charging cable, documentation, and extra eartips of different sizes. 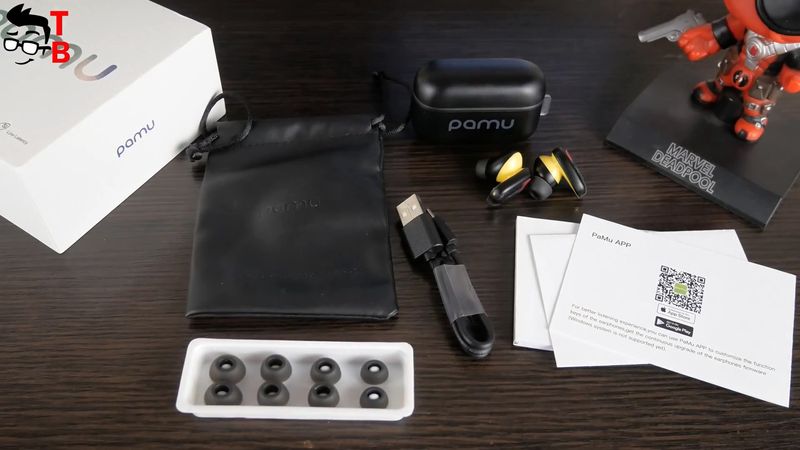 By the way, there is a paper in the package with a firmware upgrade guide. This is very interesting, and we will definitely upgrade the firmware to the latest version before testing the earbuds.

You know, I have already tested PAMU earbuds that are called PAMU Nano. I was surprised by the design and the comfort of that earbuds. I even said that it was the most comfortable TWS earbuds. 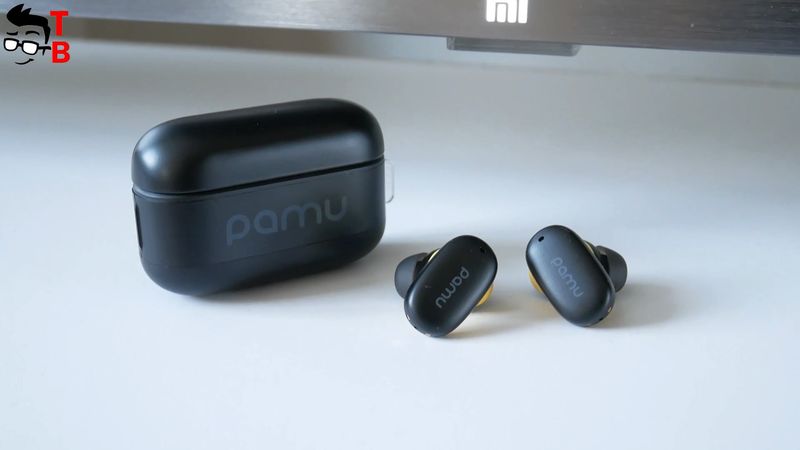 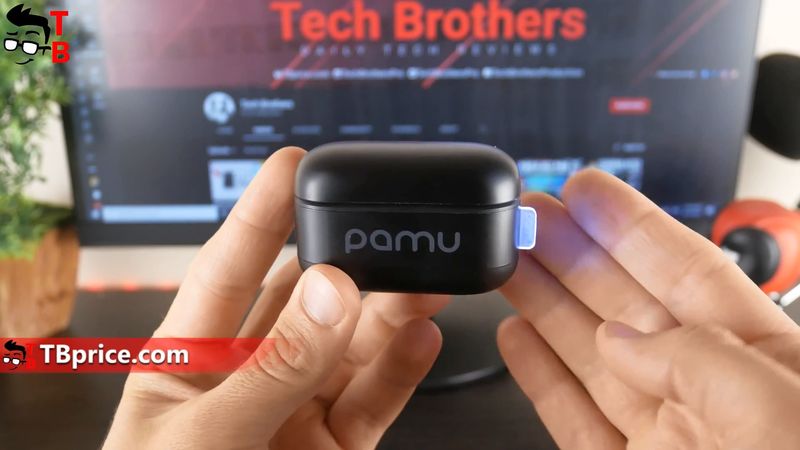 Unfortunately, I don’t have the belts, so I cannot show you how they look like. 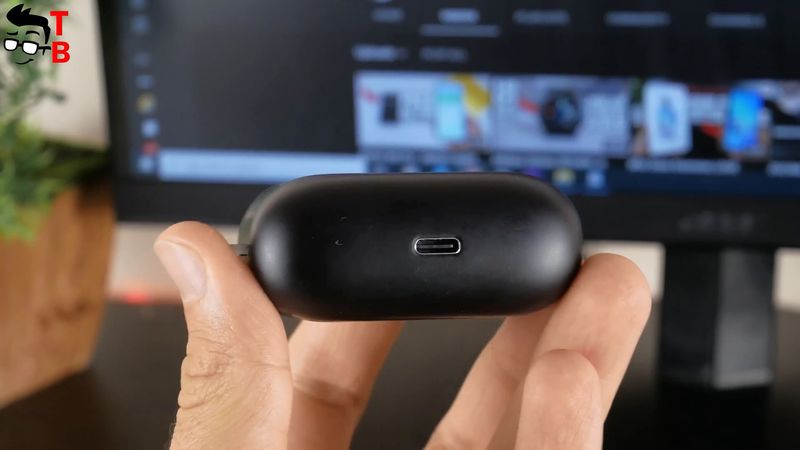 Another feature of the charging case is a little tab on the right side. Actually, it is a light indicator that notifies about the battery level.

At the bottom of the charging case, there is only a USB Type-C port. 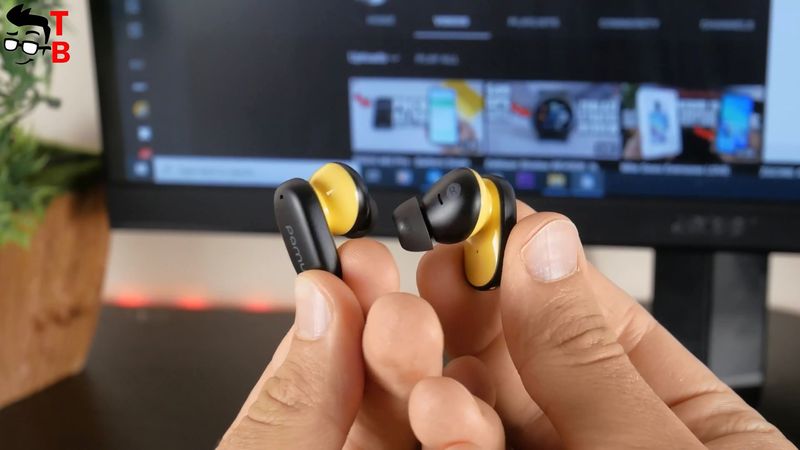 As you can see, the earbuds are not completely black. The central part is yellow. 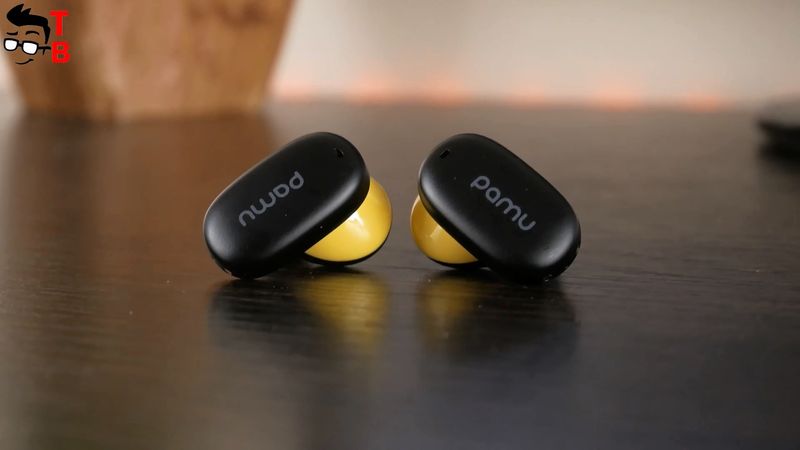 You know, I like PAMU earbuds, because they have a unique design. The previous PAMU Nano was the most comfortable earbuds that I have tested because of their ergonomic design. 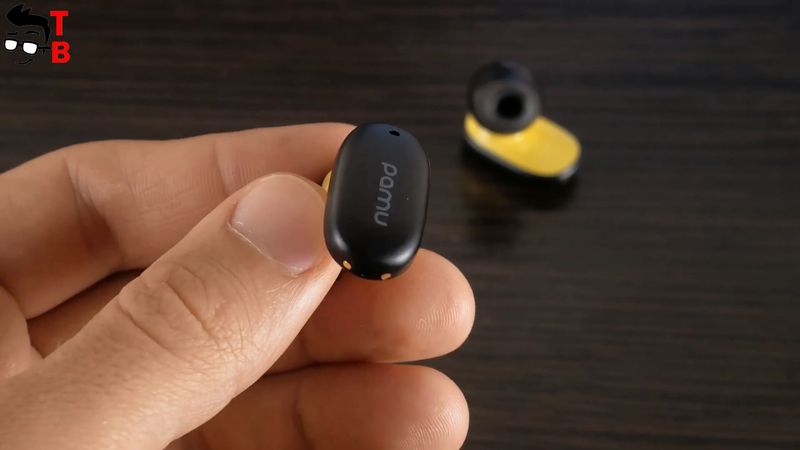 The new PAMU Z1 is not as comfortable as PAMU Nano, but they are also good. 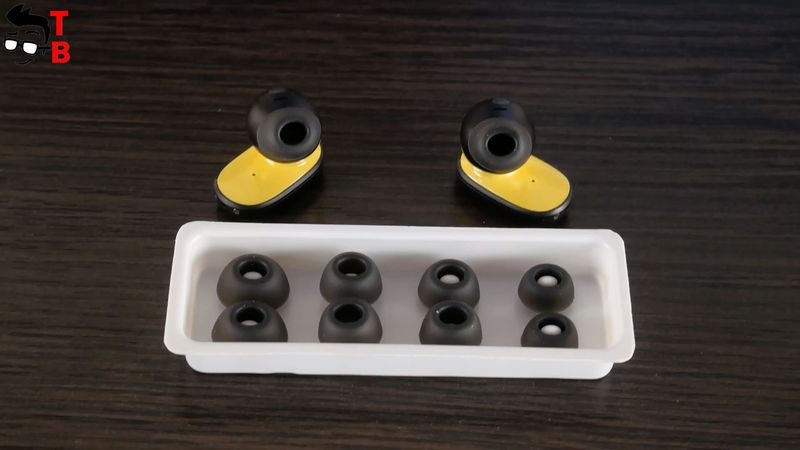 As you can see, the earbuds have replaceable silicone eartips. Before using the earbuds, you need to choose the right eartips: extra small, small, medium, or large.

There is a paper in the package with operations of the left and right earbuds. So, we can play/pause the music with a single tap on the touch button.

We can also take a phone call with a single tap.

The double click on the left or right earbuds rejects the phone call. 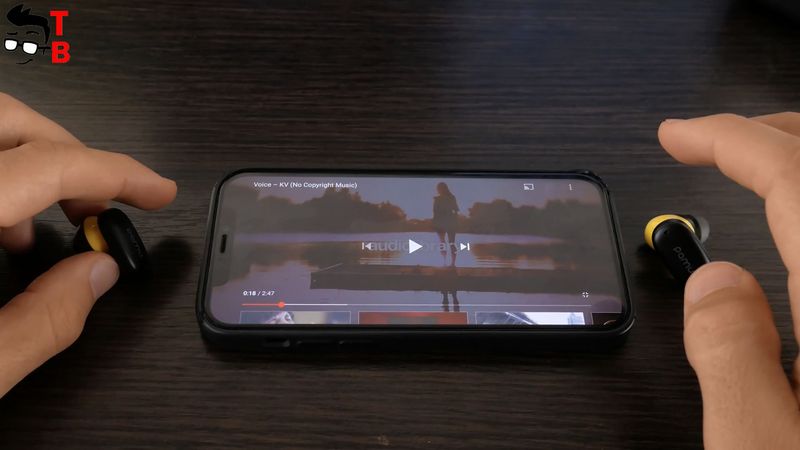 If you want to call a voice assistant on a smartphone, and then press and hold the left earbud.

Finally, the long press on the right earbud changes the mode from normal, ANC and transparency.

By the way, you can change the control functions in the app on your smartphone. I have already told you that PAMU Z1 earbuds have mobile app support. Let’s take a look at it.

The application is called PAMU, and I found it in App Store without any problems. It is also available on Android devices. 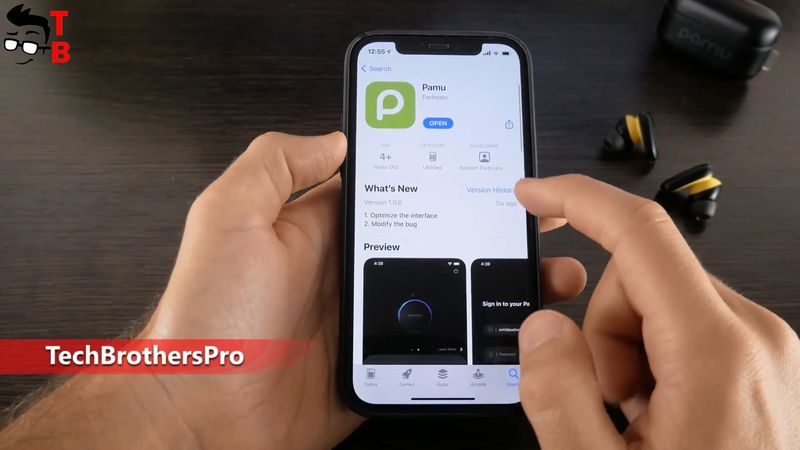 In the app, we can see the battery level of the left and right earbuds. However, there is no battery indicator of the charging case.

Then, we can choose the mode from transparent, ANC on, and ANC off. 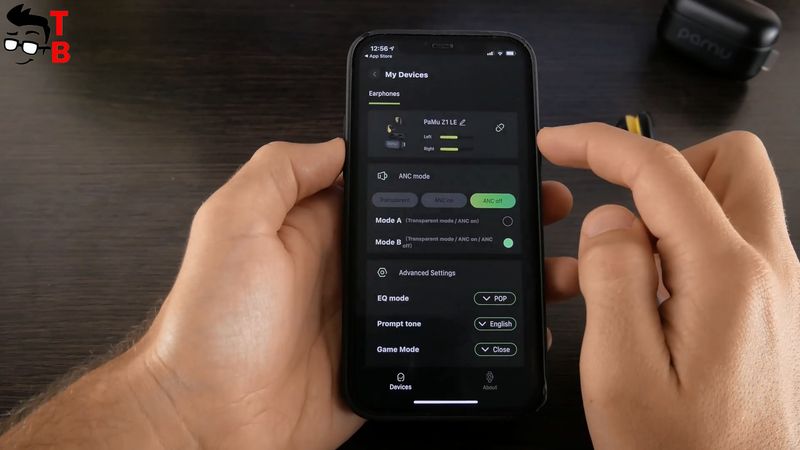 One of the main features of PAMU Z1 earbuds is EQ modes. There are 6 EQ modes available in the app, such as POP, normal, Jazz, Rock, Vocal, and Classic. We will talk about sound quality a little later in this video.

The prompt tone is only English. 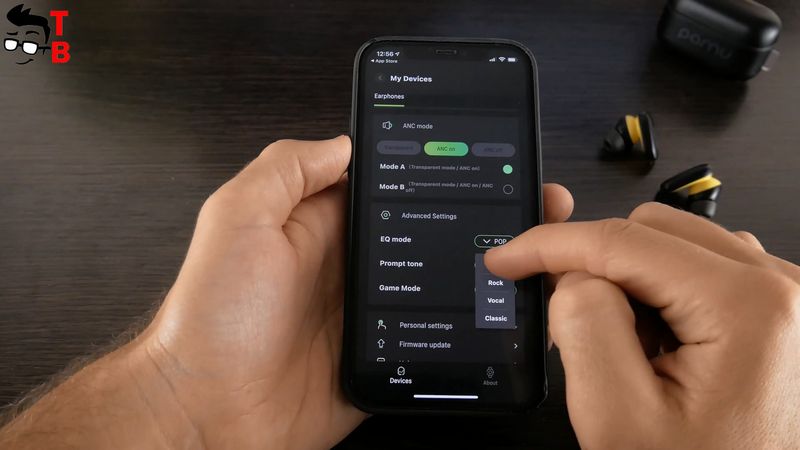 We can also choose a gaming mode: close, low and ultra-low. I will choose the ultra-low gaming mode, and later we will check the latency.

As I said, you can change the control functions in the app. For that, go to personal settings.

The last option in the app is a firmware update. As you can see, I have the latest version 0.0.7.0.

OK, now we can go to the tests, and let’s start with the latency.

So, the ultra-low latency mode is turned on, and we can check the sound delay while playing videos on YouTube. 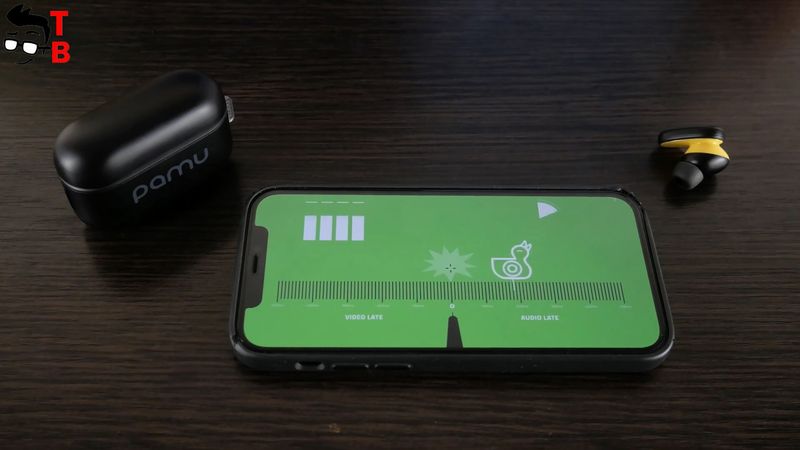 As you can see, everything is fine.

If we talk about latency in games, it is also minimal. In fact, the delay is almost unnoticeable. That’s very good.

PAMU Z1 has active noise cancellation, and we will talk about it a little later. However, also the new earbuds have Environmental Noise Cancellation. This technology filters out background noise when you take a phone call on the earbuds.

Hey, guys! I am testing a microphone of PAMU Z1 earbuds. As I already said, the earbuds have environmental noise cancellation, but I am in my studio now. However, I turned on the simulation of the street noise on my computer, and you can still hear me well, right?

Talking about the sound quality of the PAMU Z1, I think it is one of the best among the earbuds under $100. I like the sound quality because you can change the equalizer mode in the app. So, if you listen to rock music, then you choose rock EQ mode.

The normal EQ mode has the most balanced sound between low, mid, and high frequencies. 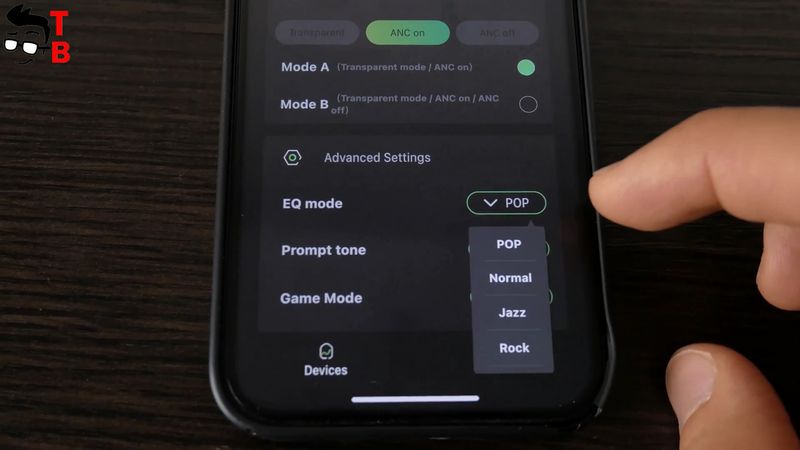 By the way, I noticed that the deepest bass in classic mode. I think this mode is not only suitable for listening to classic music, but also rap.

Talking about active noise cancellation, it really works. When ANC mode is on, there is no street noise at all. The manufacturer says that ANC technology reduces the noise up to 40db. 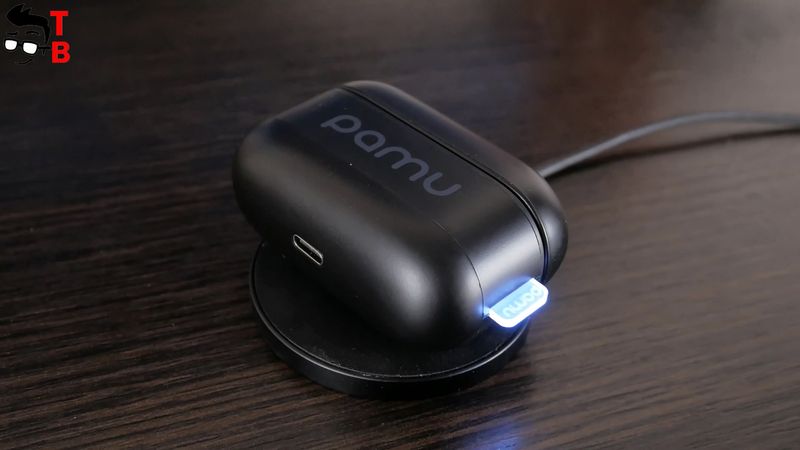 The charging case can be used three times to recharge the earbuds. So, the total battery life of PAMU Z1 is about 24 hours.

PAMU is not a very popular brand. You may have heard about it for the first time from this article. However, this company makes high-quality products that can compete with earbuds from Xiaomi, Samsung, and even Apple.

This is one of the few companies that pays a lot of attention to the design and comfort of their TWS earbuds. 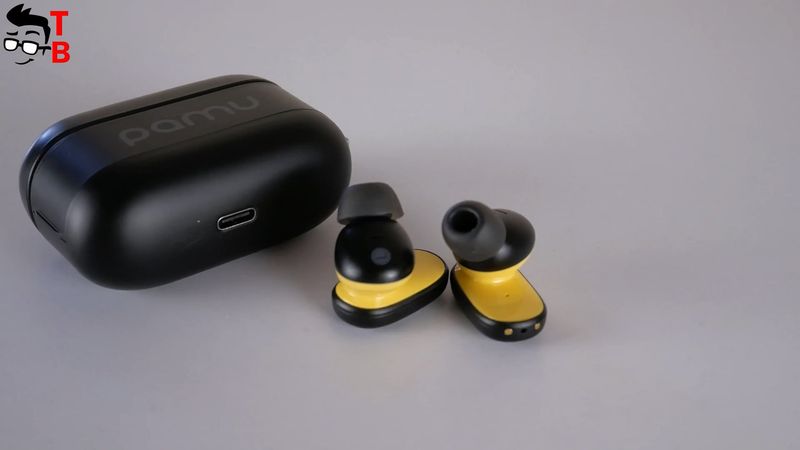 I know that ANC is not a big surprise for you, because there are even cheaper earbuds with active noise cancellation on the market. However, I think that app support and EQ modes are the more interesting features. By changing EQ modes, you can change the sound of the earbuds – increase or decrease the bass, make the vocal clearer, etc.

By the way, if you don’t want active noise cancellation and wireless charging support, then you can buy PAMU Z1 Lite. They are $20 cheaper.