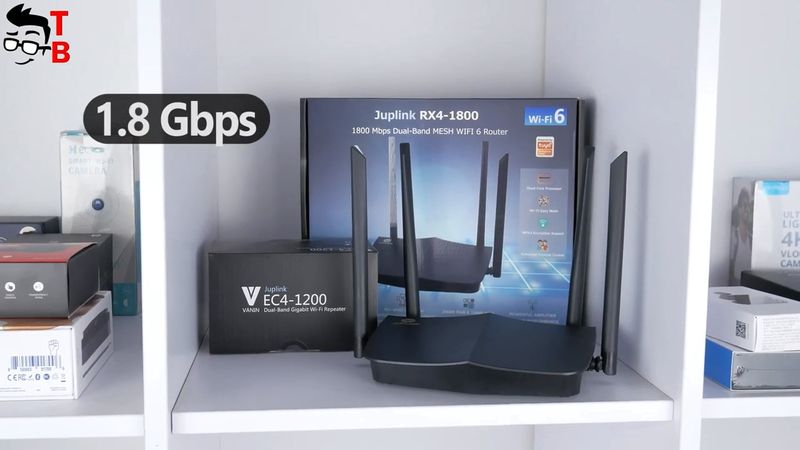 The new router has a higher speed up to 1.8GBps. Also, it uses different technologies, such as MU-MIMO, OFDMA, Mesh, and others.

I think you are interested in the speed test of this router, but first, let’s do the unboxing and look at the design. 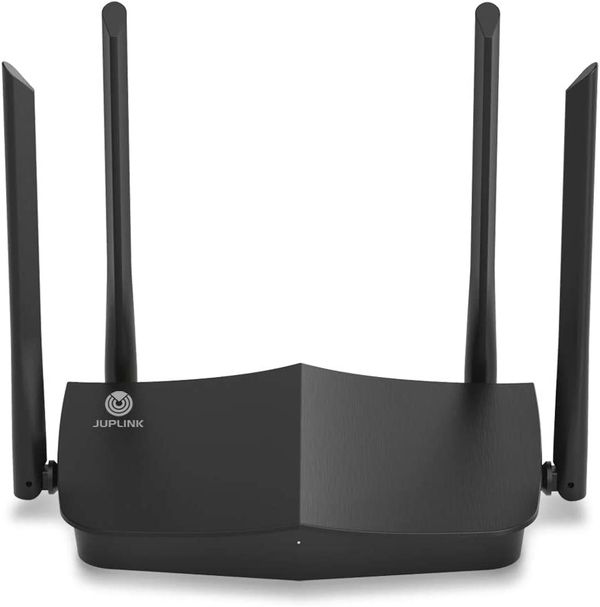 I like that the box of Juplink RX4-1800 has all information about the router. 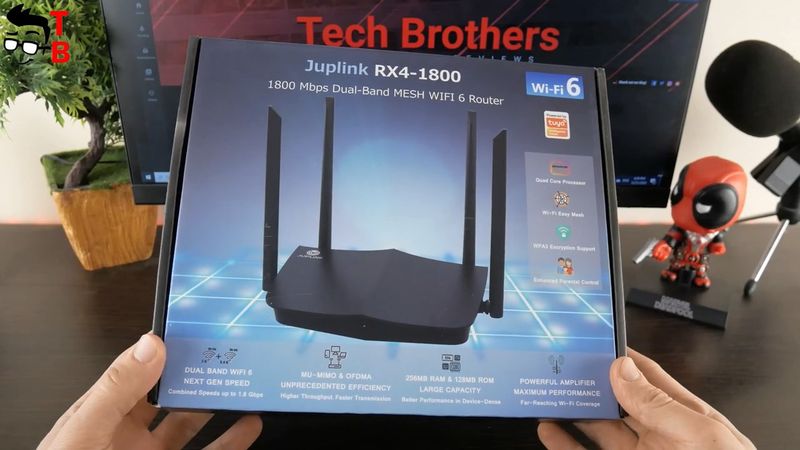 We can see the image of a router and main features on the front and back, as well as specifications on the side face. 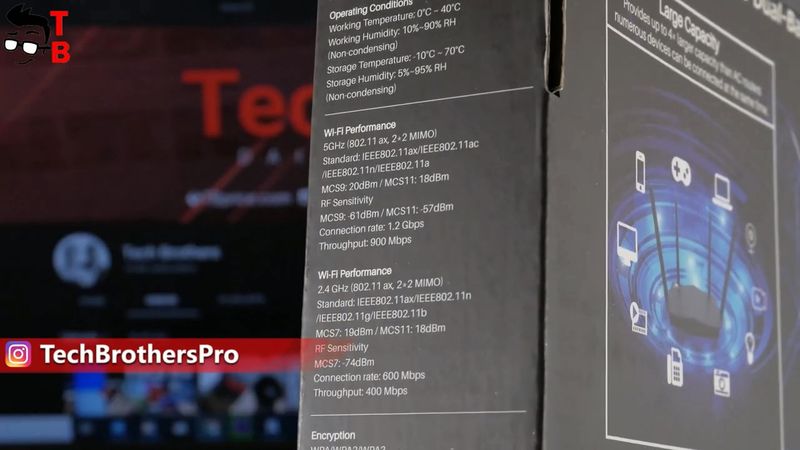 Inside the box, there is a router itself, power adapter, Ethernet cable, and user manual. 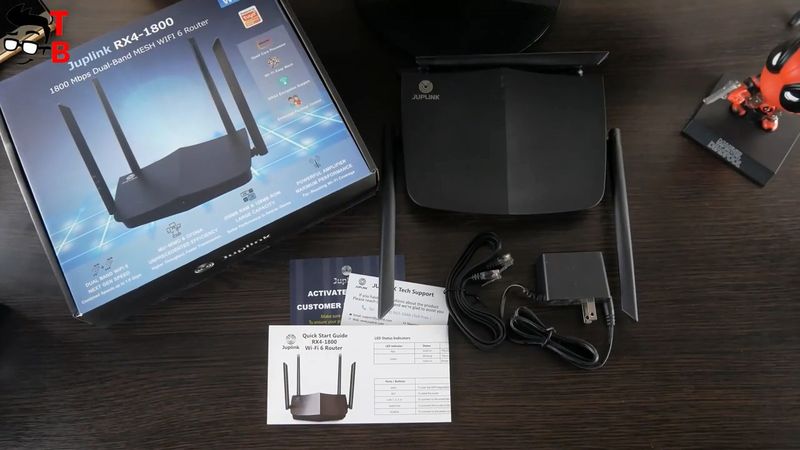 You know, the new Juplink RX4-1800 looks the same as the previous router – Juplink RX4-1500. It also has four external antennas. 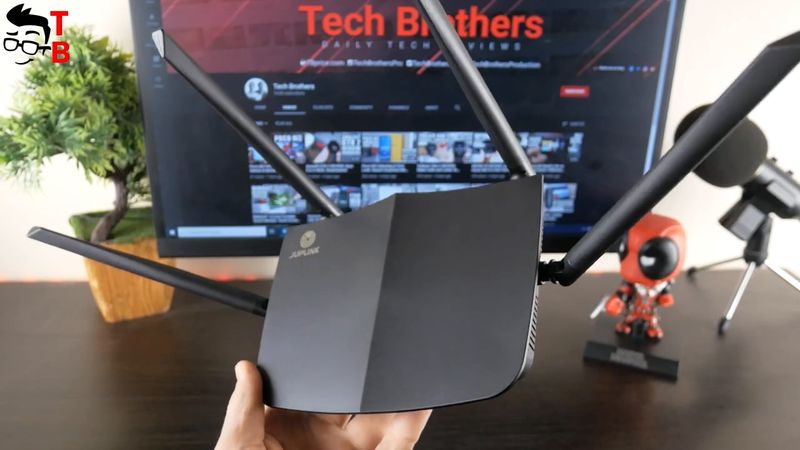 On the front, there is an LED indicator, while on the back, we can see a WAN port, 4 LAN ports, a WPS button, a reset button, and a power on/off button. 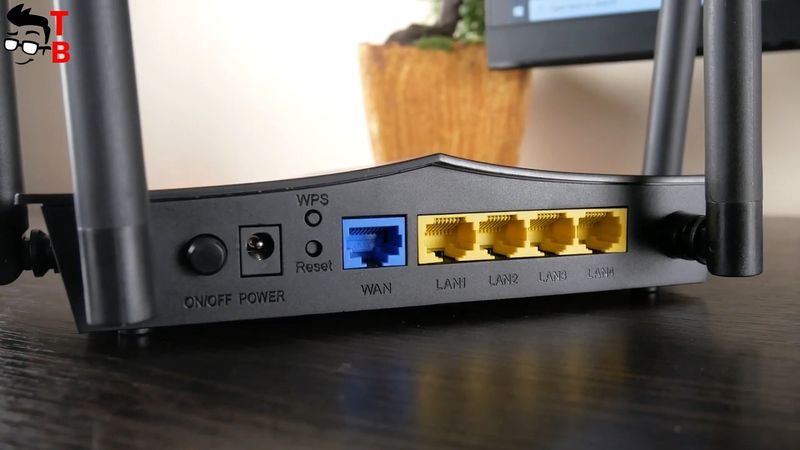 You know, I have nothing more to say about the design of the Juplink RX4-1800 router. It looks very similar to other routers and identical to the previous model – RX4-1500.

However, the new router has better specifications. Let’s talk about them.

On the official website, we can read about the main features and specifications of the Juplink RX4-1800 router. 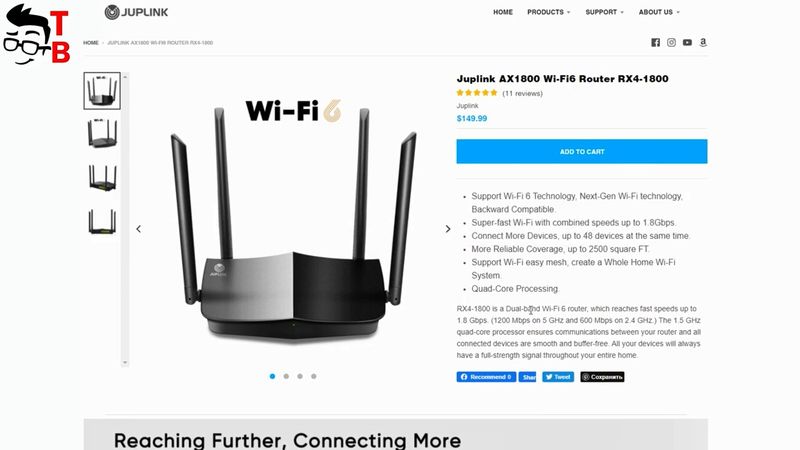 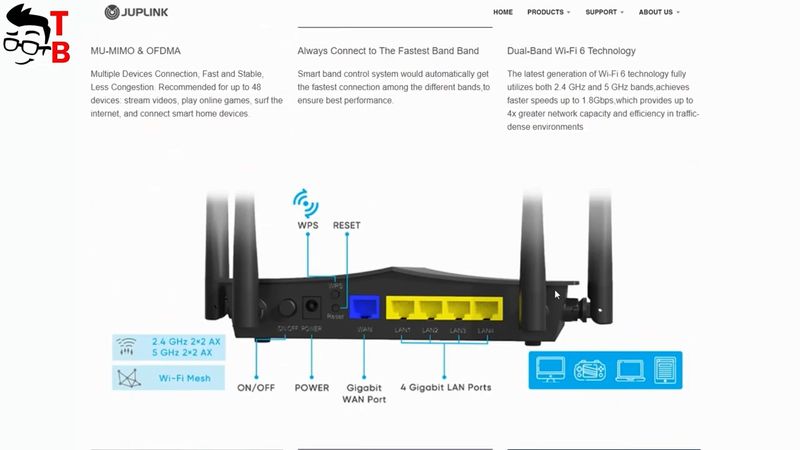 The router is equipped with a quad-core CPU, which provides low latency and no lagging. The manufacturer promises computing enhanced by 100% and latency lowered by 20%. 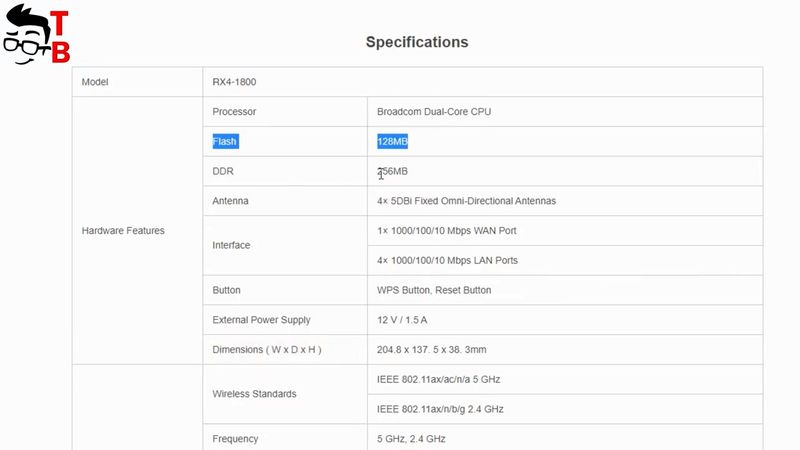 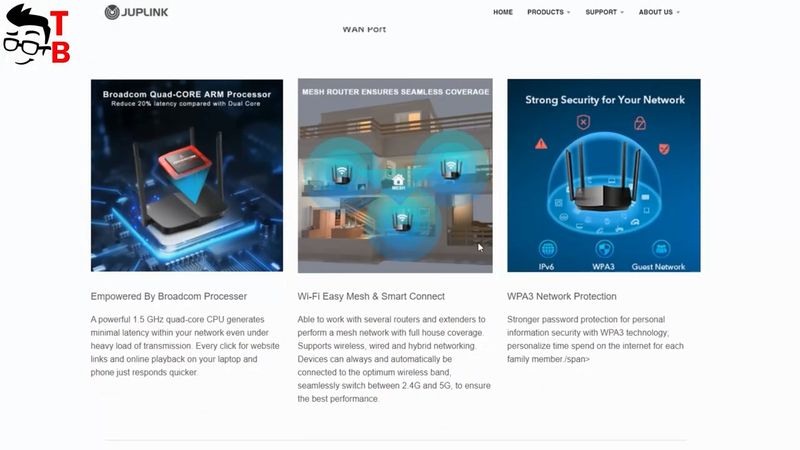 As you may know, the main feature of Wi-Fi 6 standard is that you can connect devices simultaneously using MU-MIMO and OFDMA technologies. 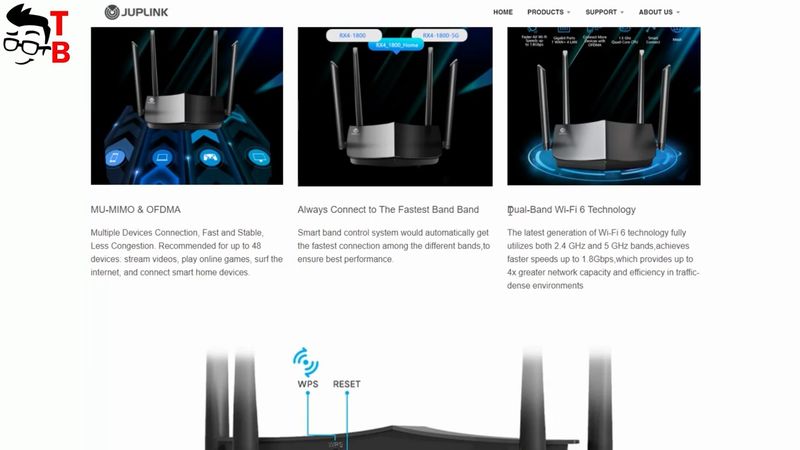 Finally, Juplink RX4-1800 supports the Mesh system. It means that you can buy two or even more Juplink routers, connect them to each other, and create a large Wi-Fi home network. Very good.

OK, now, let me show you the settings menu and control panel, and then we will do a speed test of the Juplink RX4-1800 router. 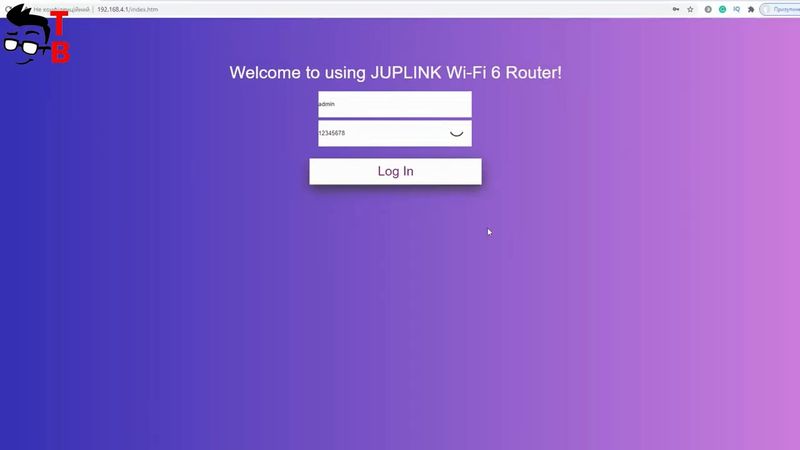 On the main screen, we can see the model, software version, hardware version, IP address, and other information. There is also memory status and CPU status. 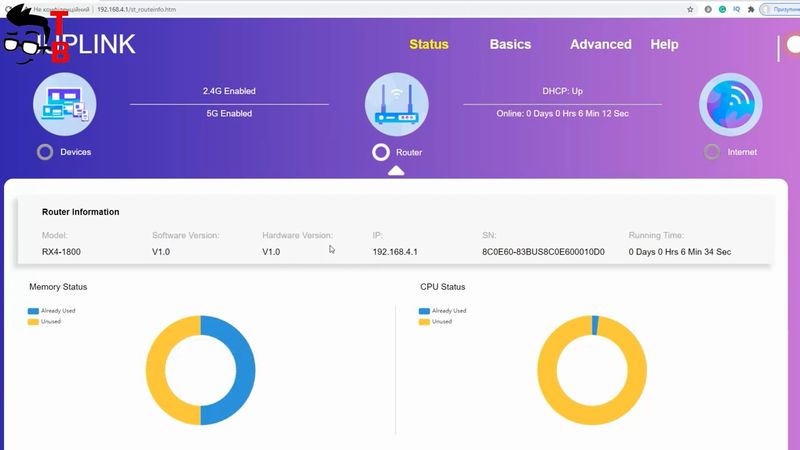 In the Basics section, you can change the name of 2.4GHz and 5GHz networks, as well as passwords from them. 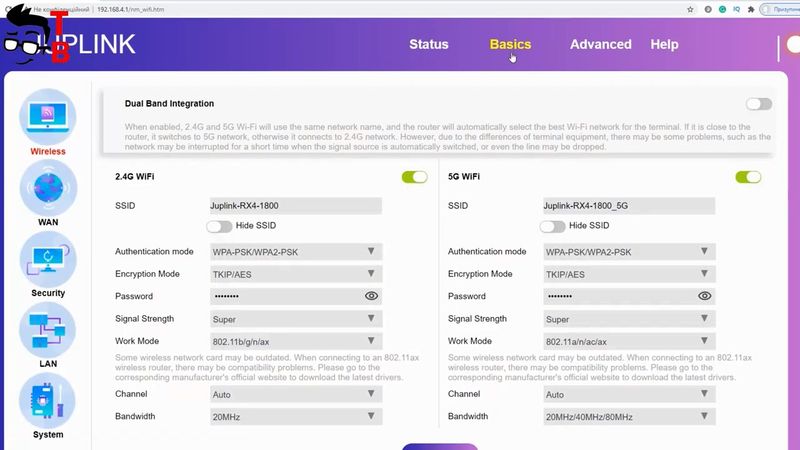 There is also Dual Band Integration. If you enable this function, 2.4 and 5GHz Wi-Fi will use the same network name, and the router will automatically select the best Wi-Fi network for your device. 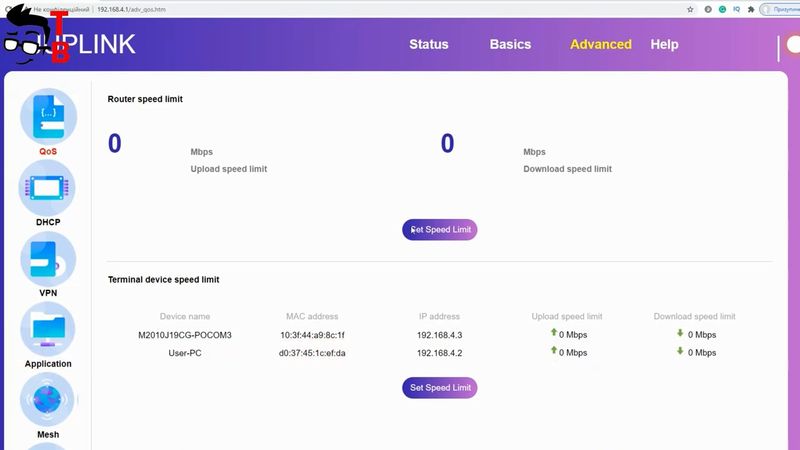 By the way, you can create a Guest Network on this router. Just enable this function, choose the name for the network, password, and other settings.

In Advanced settings, you can see the connected devices to the router, and their speed limit.

As I already said, Juplink new router supports the Mesh network. In this menu, you can enable and setup Mesh system.

Okay, let’s do the speed test.

I have only a 100 MBps internet connection, so I decided to create a local network to test the Wi-Fi speed of Juplink RX4-1800. My computer will be a server and the laptop will be the client. Both devices are connected to the Juplink RX4-1800 router, and the data will be transferred between them. 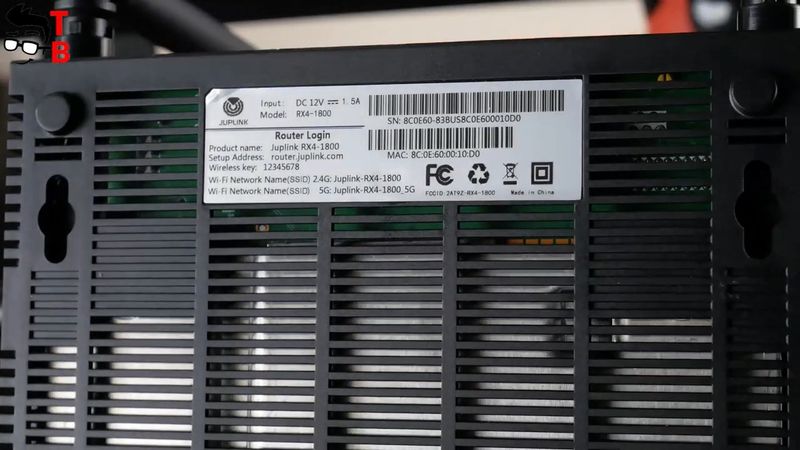 By the way, I’m testing the speed of the Wi-Fi network, so the laptop is connected to the router via Wi-Fi. 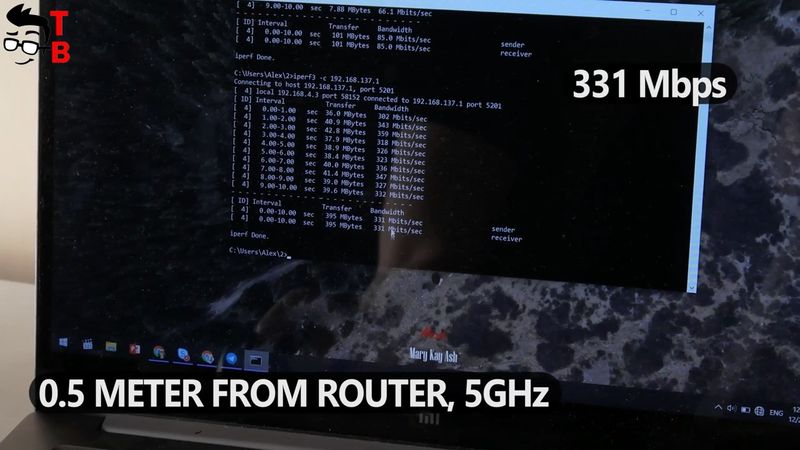 As you can see, the maximum speed near the router is 331 Mbps. 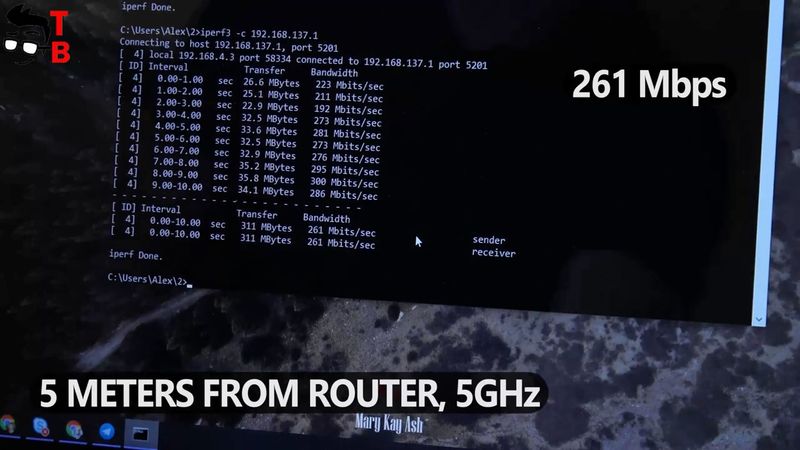 Now I have moved about five meters away from the router, and one wall between us. The speed is 261 Mbps. 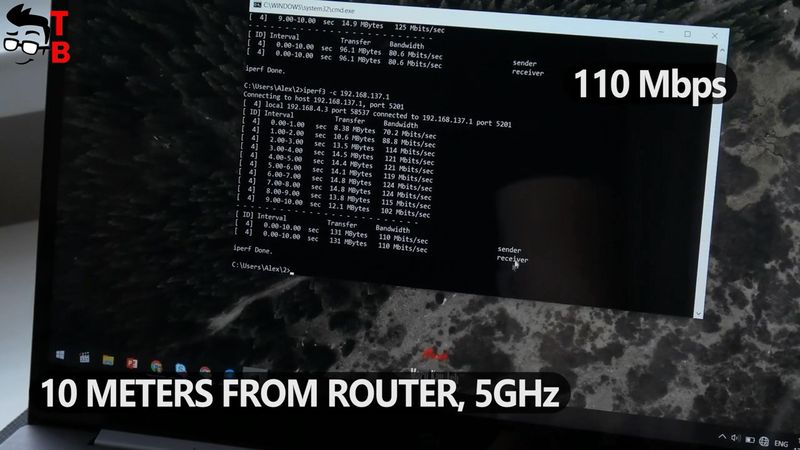 Now I have gone to the farthest room of my apartment – about 10 meters, and there are three walls between the laptop and the router. The Wi-Fi speed is 110 Mbps.

I did the same test, but on a smartphone. The speed is almost the same.

As you can see, I was not able to achieve maximum speed. The manufacturer says that the router supports 1200MBps at 5GHz network and 574MBps at 2.4GHZ network. However, I have a maximum speed of 350 Mbps.

However, it’s still a very good result. Anyway, my ISP offers a maximum connection of 100MBPs, so I will not have a higher speed in real life.