We have told you about the new budget rugged smartphones Doogee S61 and S61 Pro, but also the Chinese company introduced the mid-range rugged phones called Doogee S89 and S89 Pro. 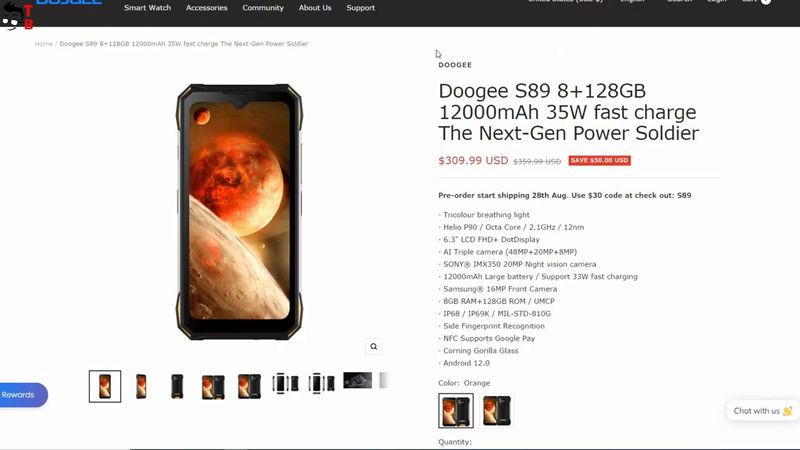 They went on sale on August 22 on Aliexpress. On official website, we can see the price of $309 for Doogee S89. The Pro version will cost $359. However, they have cheaper on Aliexpress. 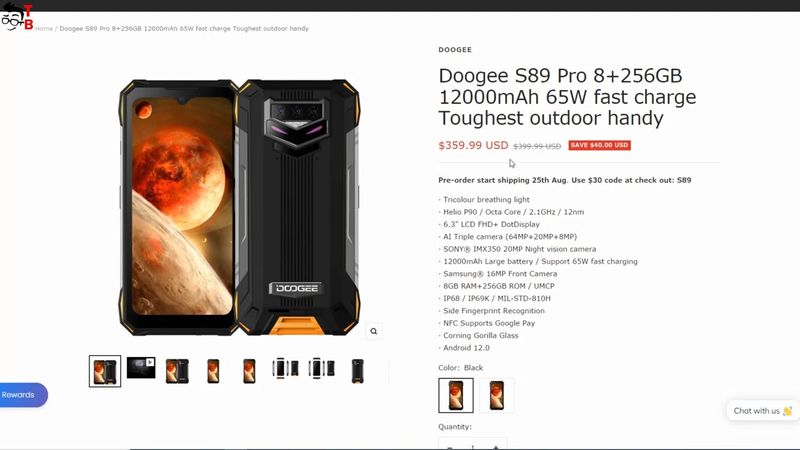 Let’s talk about main features of these mobile devices, as well as differences between them. 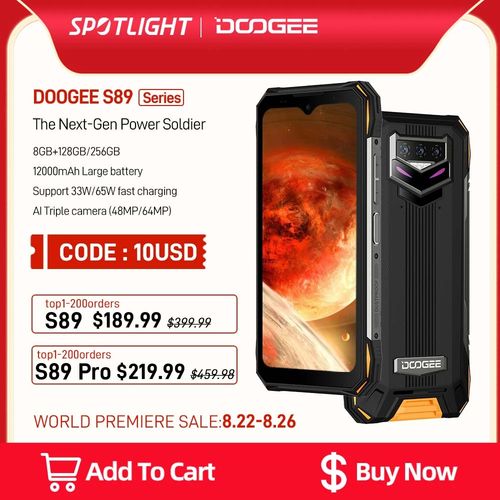 Doogee S89 is a new series of rugged smartphones. They have the same display size of 6.3 inches, and overall they look the same. 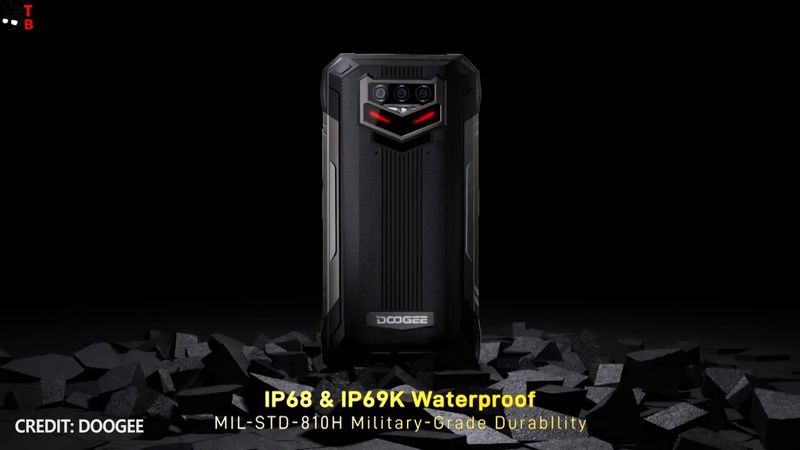 The smartphones have IP68, IP69K and military protection standards, so they are not afraid of water, dust and shock. 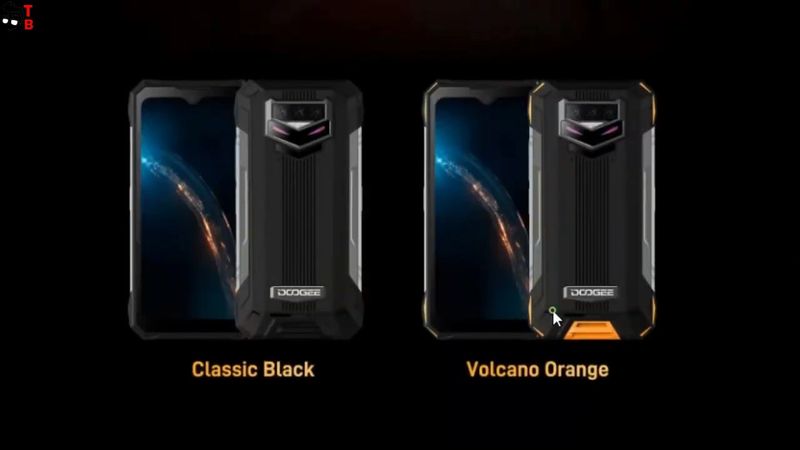 You can choose from black and orange color options. 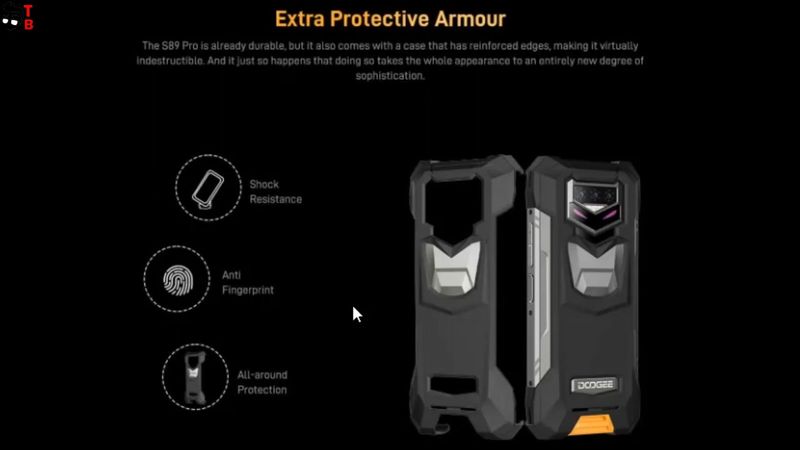 You know, we are used that rugged smartphones don’t need protective cases, but Doogee S89 comes with one. This case doesn’t completely cover the smartphone, but only the rear panel and the corners. 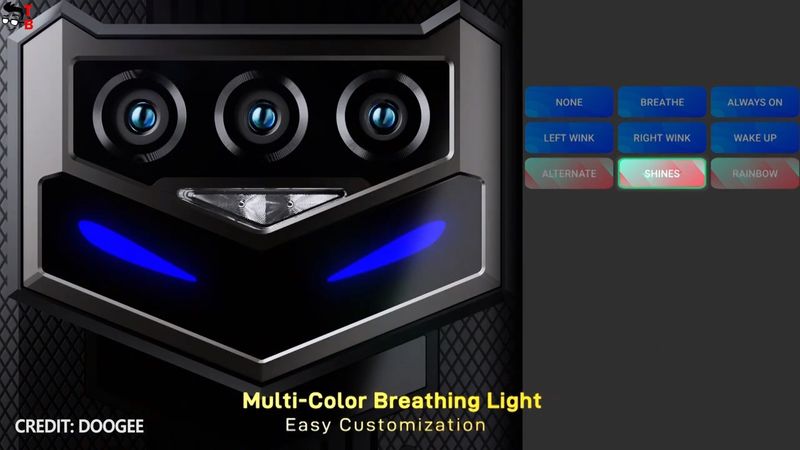 Another feature of Doogee S89 is a notification light on the rear panel. The light looks like the eyes, and you can customize the colors, glowing effect and speed in the settings. 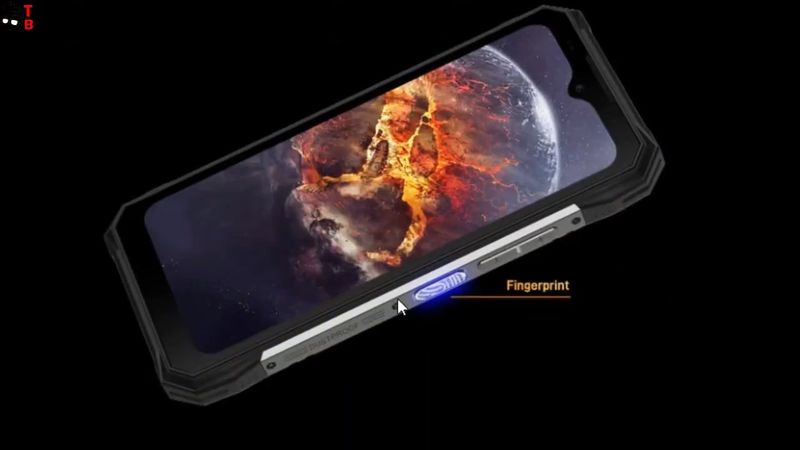 There is also a fingerprint reader under the power button.

I like that Doogee comes out with cool features for their new mobile devices. As you remember, a budget rugged smartphone Doogee S61 has a transparent rear panel, and it looks very nice.

I haven’t seen anything like a notification light on Doogee S89 before. It is very exciting.

Talking about the display of the new smartphone, as I already said, it has a diagonal of 6.3 inches and Full HD+ resolution. 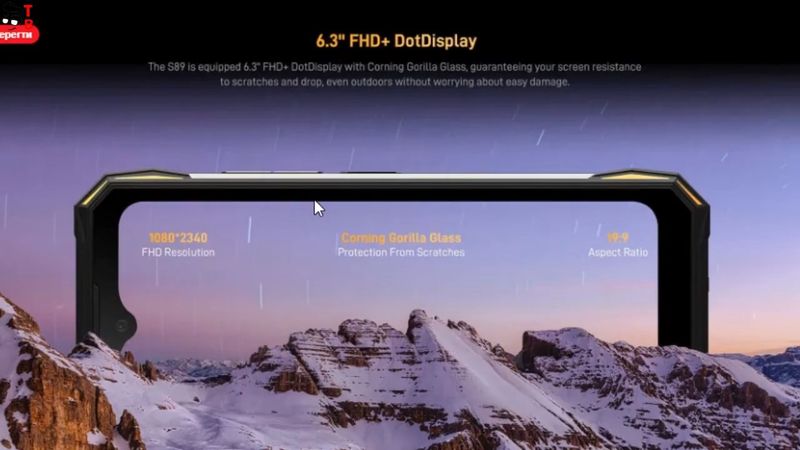 I think I won’t surprise you by saying that it has corning gorilla glass screen protection.

Doogee S89 and S89 Pro are powered by the same processor Helio P90. They both have 8GB of RAM, but Doogee S89 comes with 128GB of storage, while a Pro version has 256GB of internal memory. 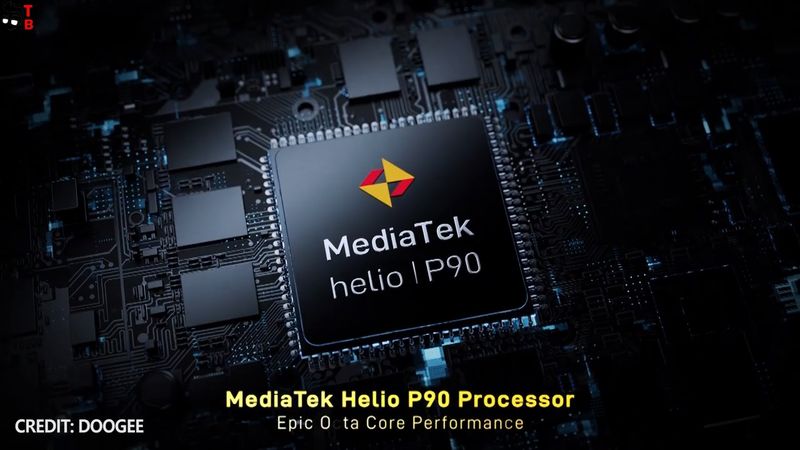 Anyway, you can use microSD memory card to expand the internal memory. 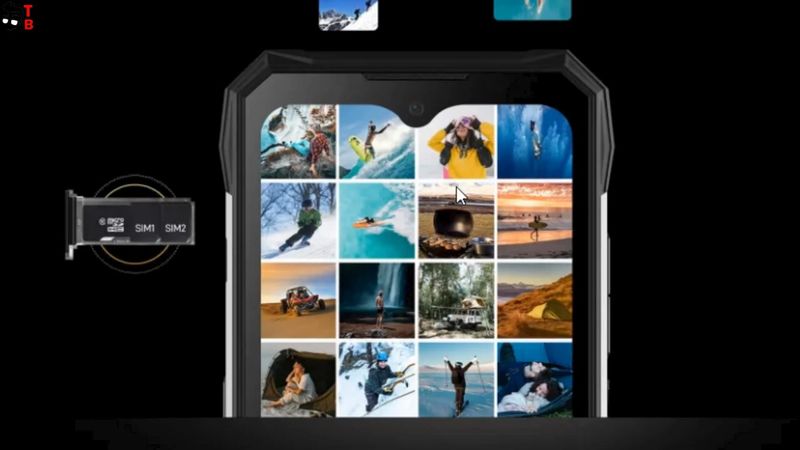 The hardware is good for running most Android games. By the way, the smartphones have Android 12 operating system.

As for the camera, the new Doogee phones have 20MP night vision sensor, 8MP ultra-wide angle sensor, but the main camera of Doogee S89 has 48MP resolution, while the Pro version comes with 64MP main camera. 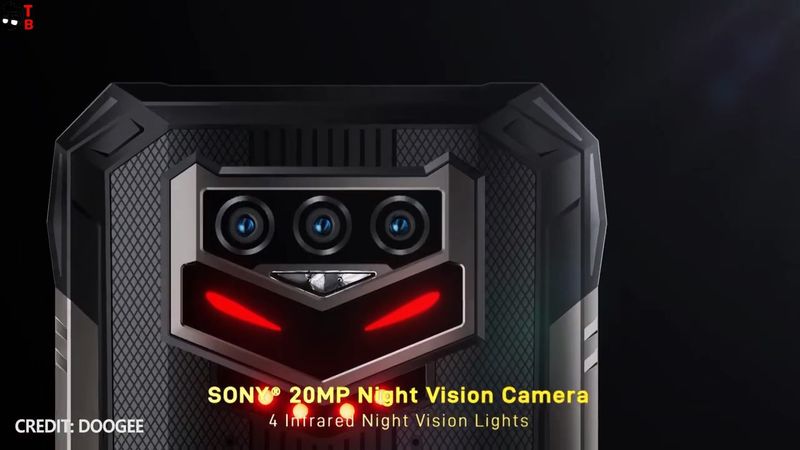 On the front, they have the same 16MP sensor. 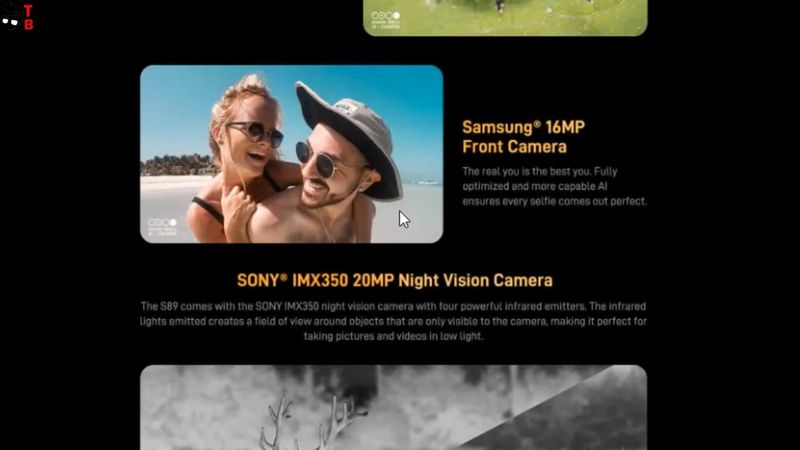 You know, the main feature of Doogee S89 smartphone series is a battery, because it has a capacity of 12000mAh. I probably should have said that at the beginning of the article. 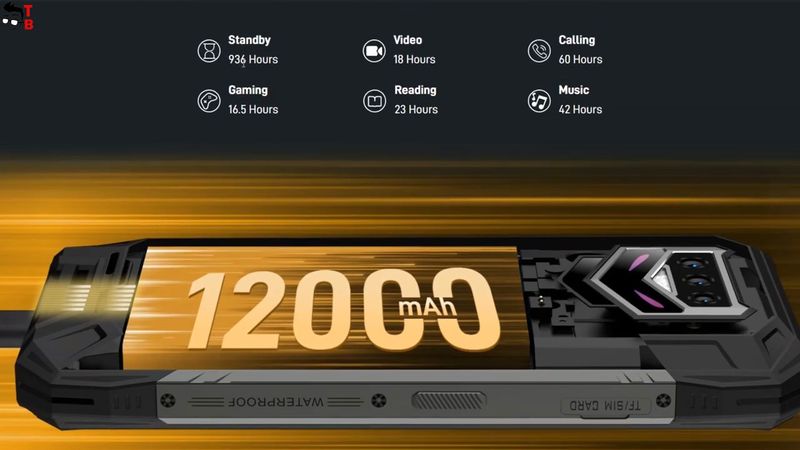 So, Doogee S89 and S89 Pro have the same 12000mAh battery, but the Pro version supports 65W fast charging, while the basic one has only 33W charging. 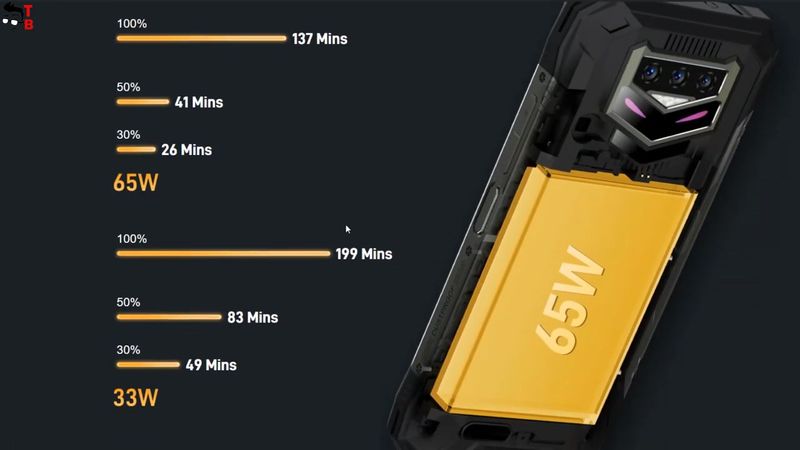 You know, a fast charging support is already a reason to choose Doogee S89 Pro over Doogee S89.

The price of the Pro version is only $50 higher, but you will have 256GB of storage, 64MP main camera and 65W fast charging support. 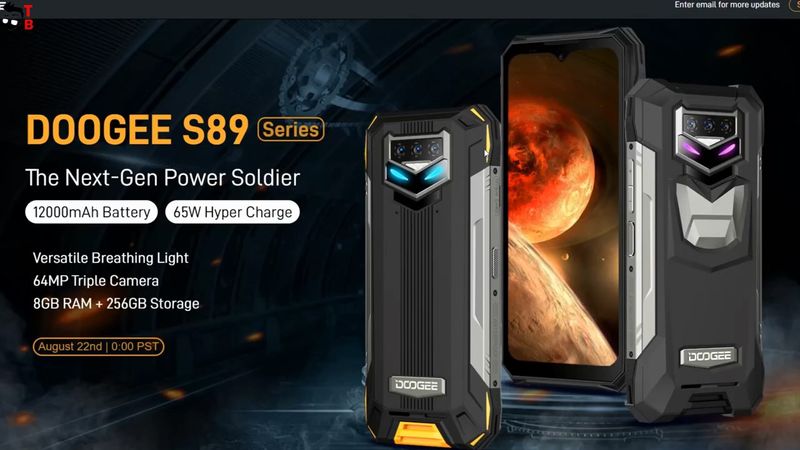 The other specs and features are the same between Doogee S89 and S89 Pro.

In any case, these are two very interesting mid-range rugged smartphones, and both are worth your attention.