In this article, we will talk about a new mobile device from one of my favorite Chinese smartphone manufacturers – Blackview. 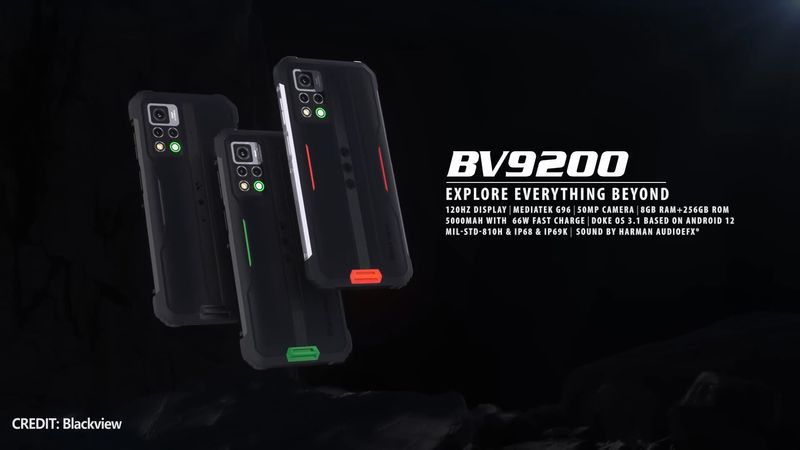 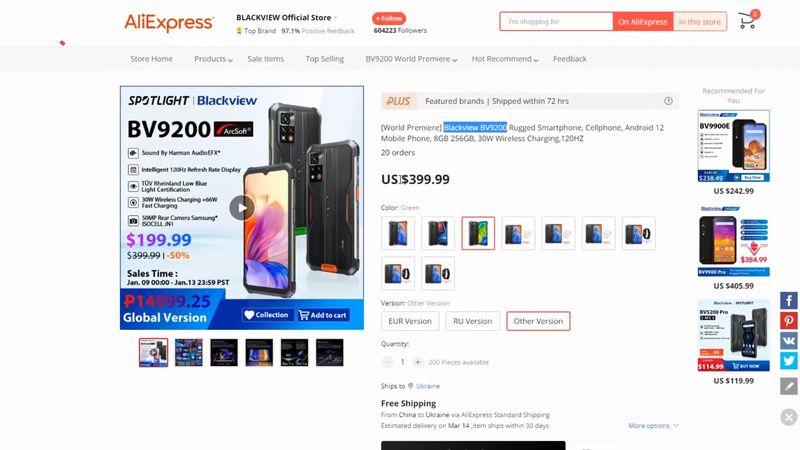 OK, let’s talk about all the features of the new Blackview BV9200 smartphone. 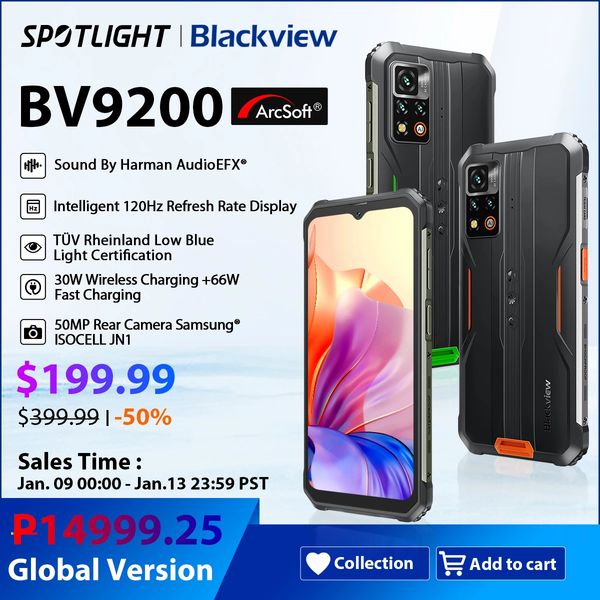 As usual, I want to start with design. As I already said, this is a rugged smartphone, so it has IP68 and IP69K waterproof, dustproof and shockproof rating. All the corners are covered by rubber for better shock resistance. 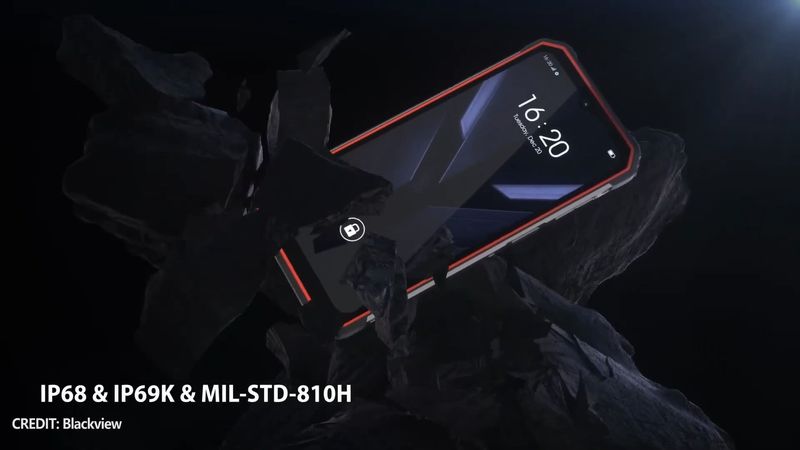 The side faces are metal. 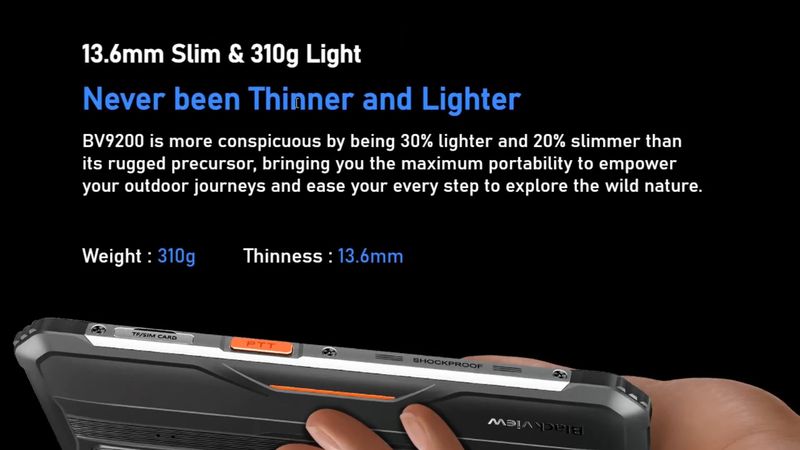 You know, this smartphone looks even more gaming than a rugged phone. 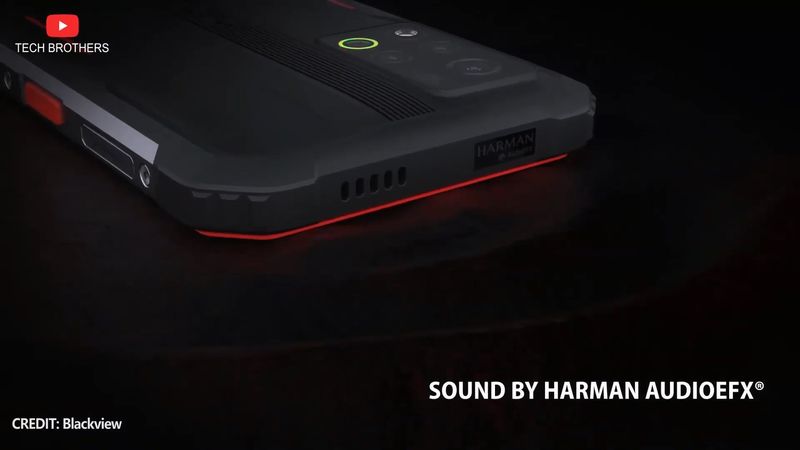 Another feature in the design of the new Blackview smartphone is dual speakers by Harman AudioEFX. The new mobile device integrates Harman Kardon acoustics effects for different scenarios, such as gaming, watching videos, listening to music.

So far, I can’t test the sound quality because the smartphone hasn’t gone on sale yet, but I expect a good speaker quality. 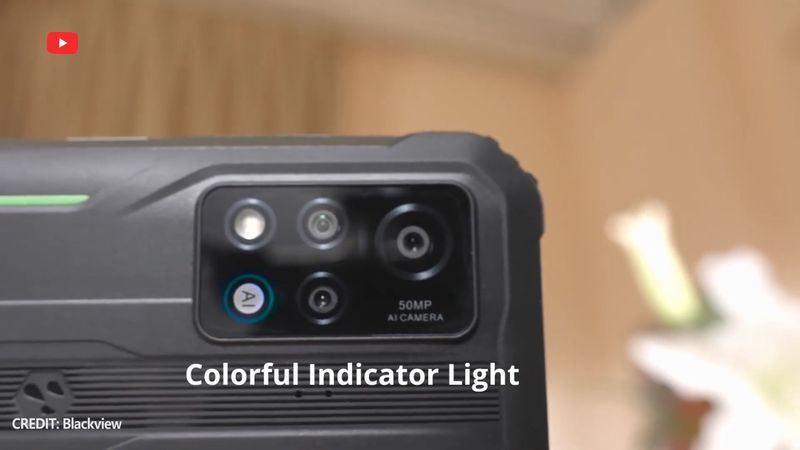 I am also surprised to see a multicolor indicator light on the rear panel next to the main camera. During the charging, an indicator light glows red, yellow or green, depending on battery level.

The indicator light also glows during the incoming call, new notifications and even playing music. I think this is a very useful feature. 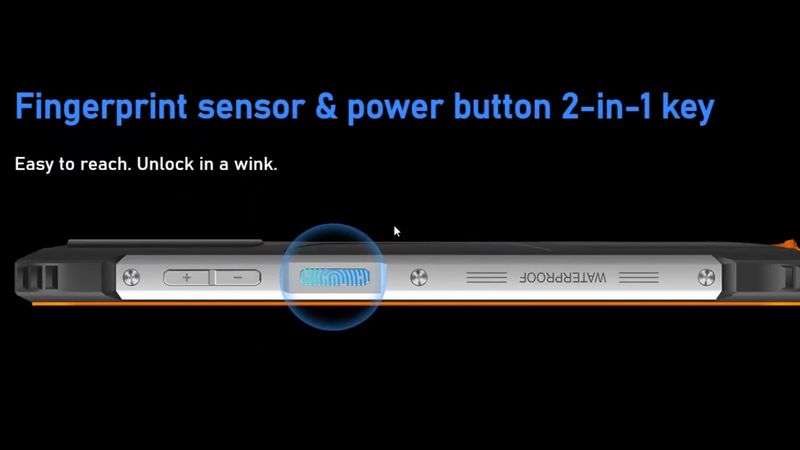 Blackview BV9200 has a fingerprint reader on the side face, as well as customizable button, a slot for dual SIM and dedicated slot for memory card, and lanyard hook.

So, like the other rugged phones, Blackview BV9200 has many nice features in design.

The display of the new Blackview smartphone has a diagonal of 6.6 inches, Full HD+ resolution and even 120Hz refresh rate. 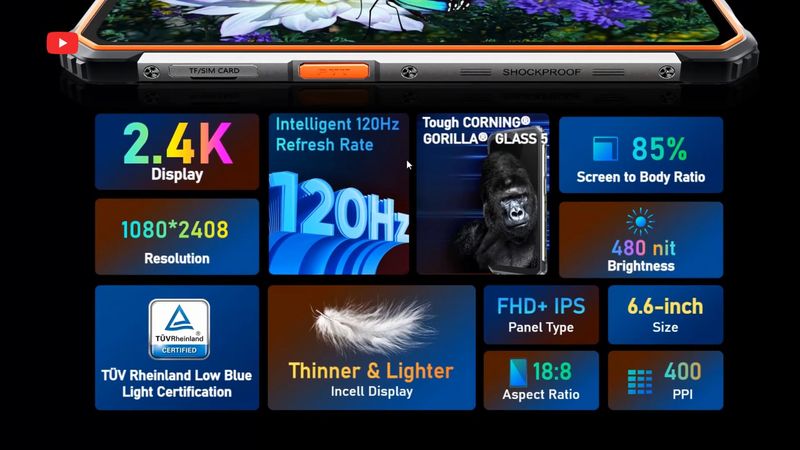 By the way, the screen is protected by Corning Gorilla Glass 5. That’s very important for the rugged phone.

Some months ago, we posted a article about Blackview Tab 15 tablet, and it was the first device from the Chinese company with TUV Rheinland low blue light certification. 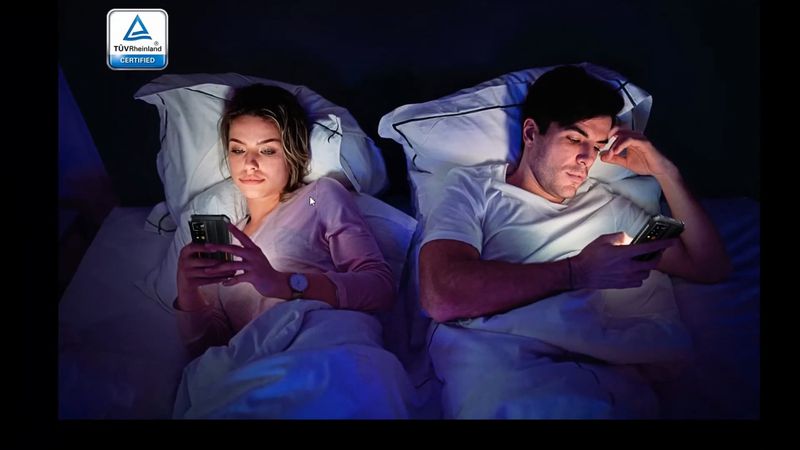 The new smartphone Blackview BV9200 has the same certification mark, so the display doesn’t harm your eyes after playing long games or watching videos.

Talking about games, you can run any of them on this mobile device, because it is powered by Helio G95 chipset, and it has 8GB of RAM and 256GB of storage. 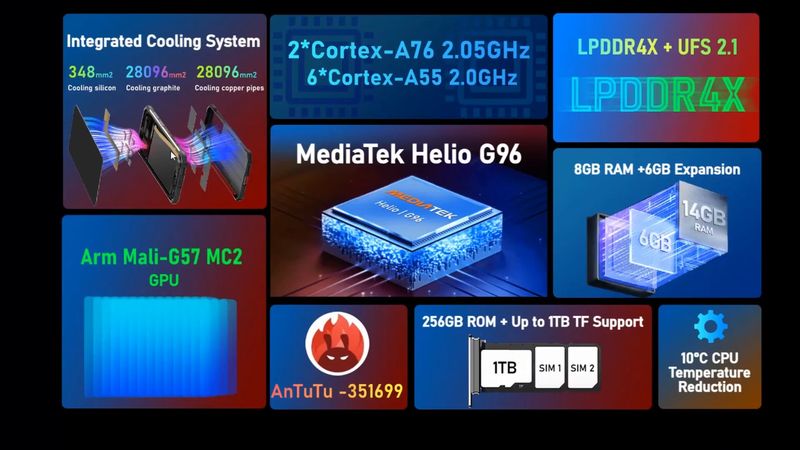 Moreover, you can expand the RAM up to 14GB and internal memory up to 1TB.

The new smartphone scores about 350 thousand points in AnTuTu, which is a very good result for a budget rugged mobile device.

The front camera is 16MP. 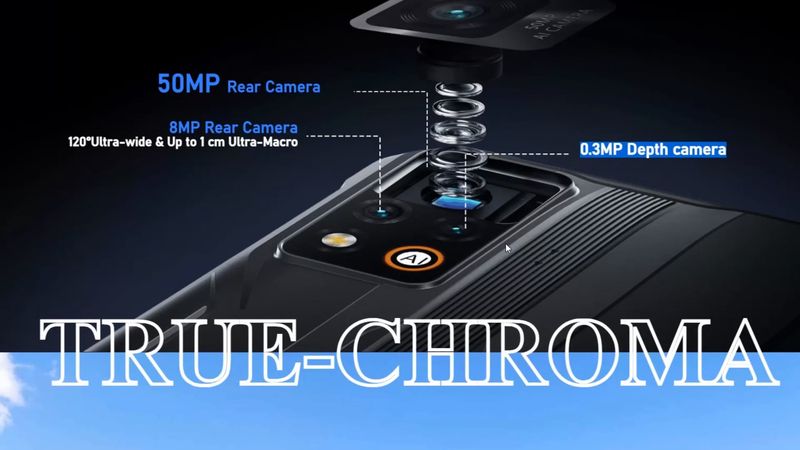 You know, one of the main features of the rugged smartphones is an underwater mode. You can shoot photos and videos under the water without any additional waterproof cases.

Finally, let’s talk about the battery of the new Blackview smartphone. You know, the battery has a capacity of 5000mAh, which is not very big for the rugged phone, but it supports 66W fast charging. The manufacturer says that a full battery charge takes only 53 minutes. That’s very fast! 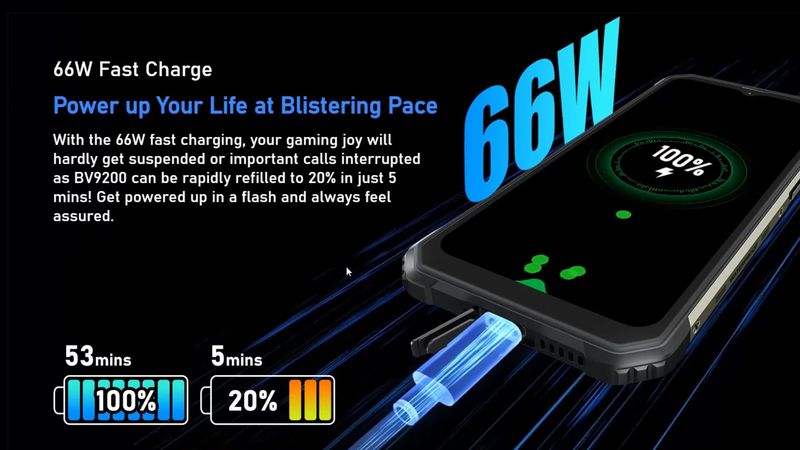 So, for the price of just $199, the new Blackview smartphone looks amazing. 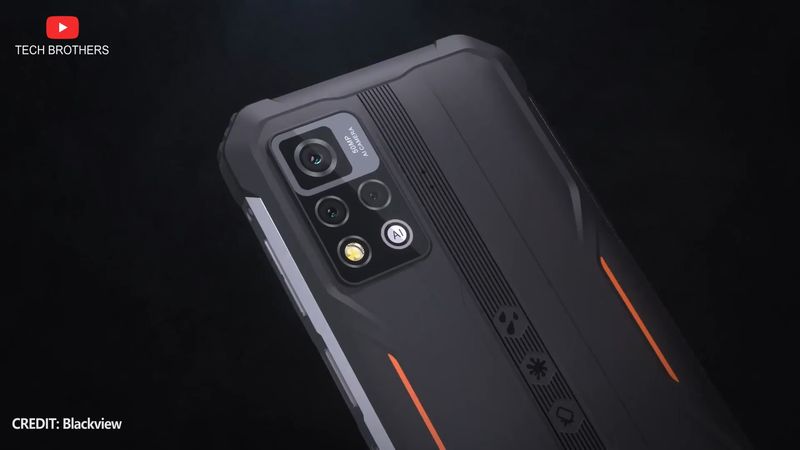 Of course, I cannot make definitive conclusions about the smartphone without real testing, but it does have many useful features on paper.