You probably know about the Chinese brand Blackview, because we posted many articles about Blackview smartphones.

In this article, I want to tell you about the latest budget phone – Blackview A90. The price of the new smartphone is only $109, but it has an Android 11 operating system, Helio P60 chipset, 4GB of RAM, and 64GB of storage. Very good for a budget phone, don’t you think so? 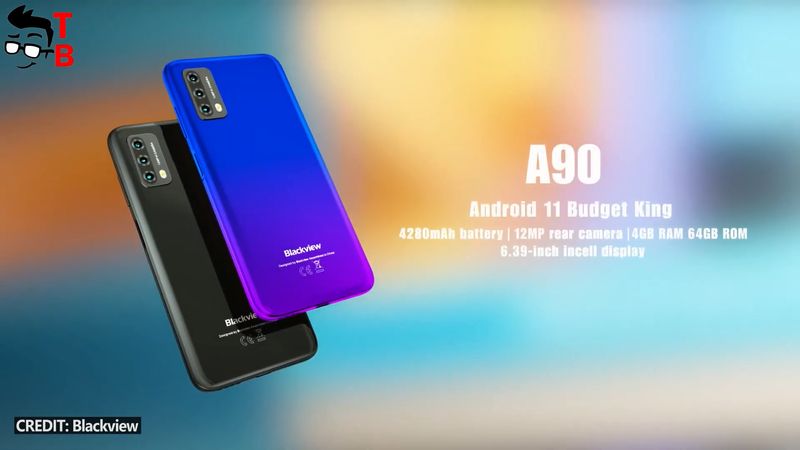 By the way, the Chinese company Blackview will launch a new brand called Oscal. To be honest, I don’t know much about it, but the new brand will produce similar cost-effective products to Blackview devices. 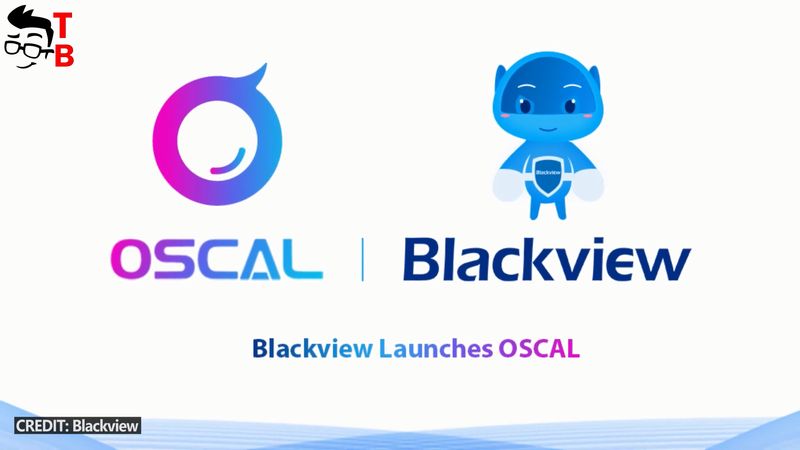 OK, let’s go back to the new Blackview A90 smartphone. 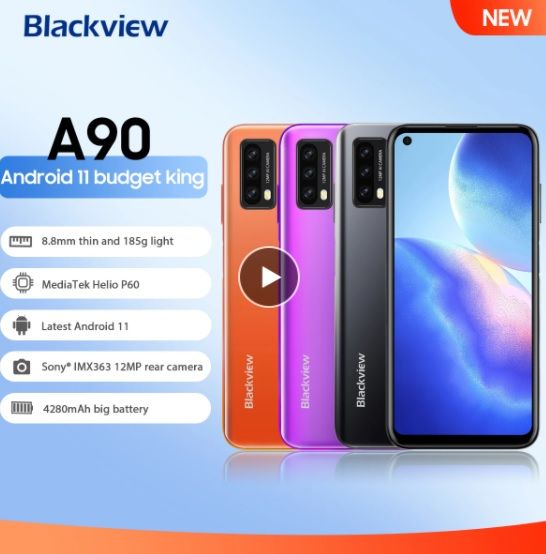 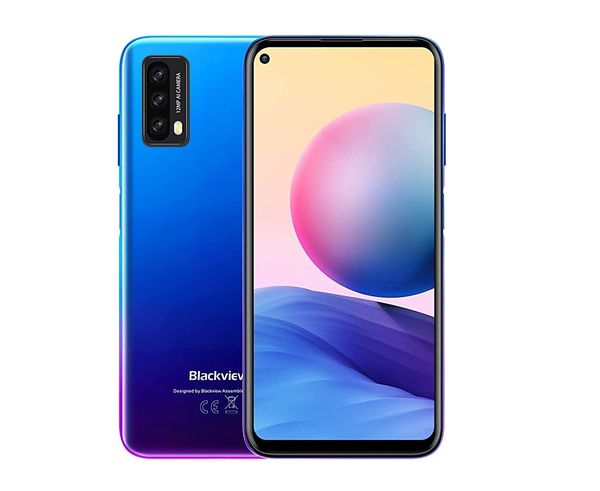 Blackview A90 is a budget phone, so it has a plastic body. 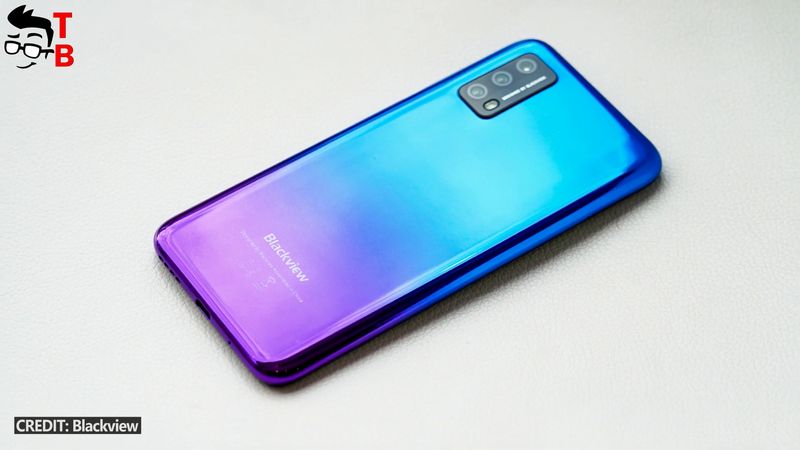 However, it makes it thin and lightweight. The smartphone is only 185 grams light, and 8.8mm thin. 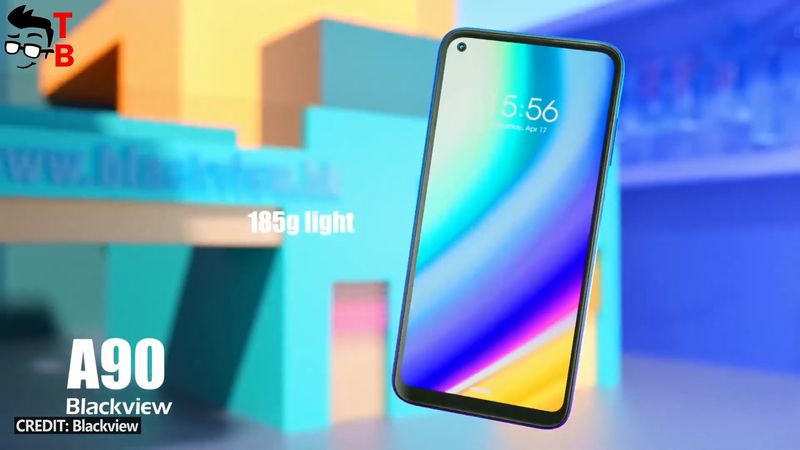 On the back, we can see the tripe camera and flashlight in the left top corner. 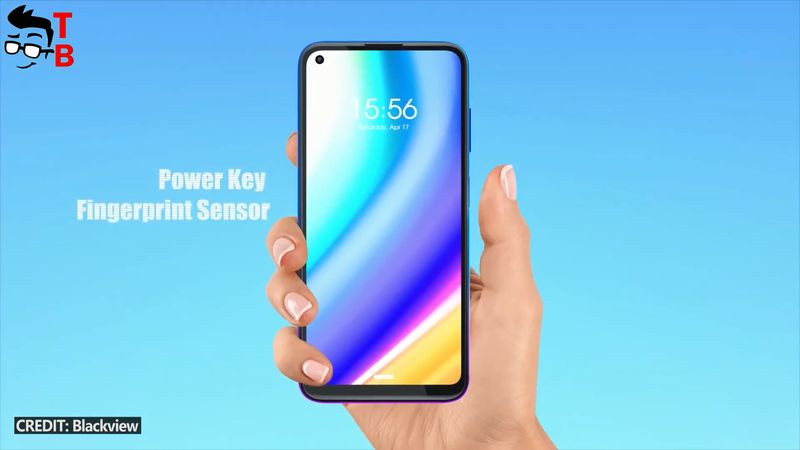 The fingerprint reader is located on the right side. 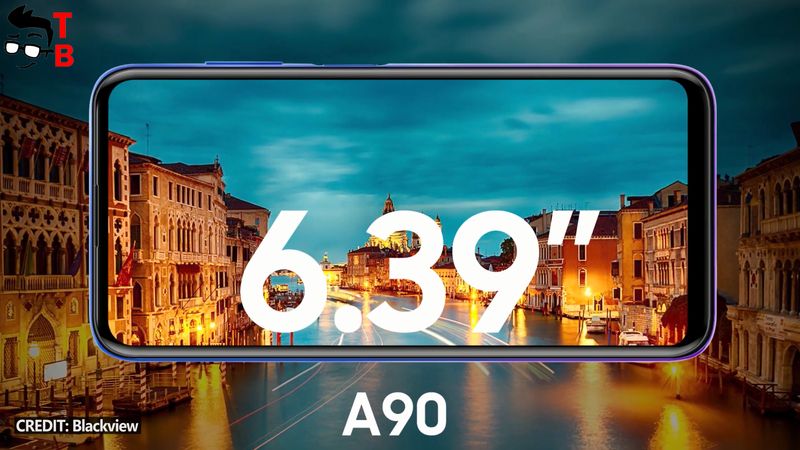 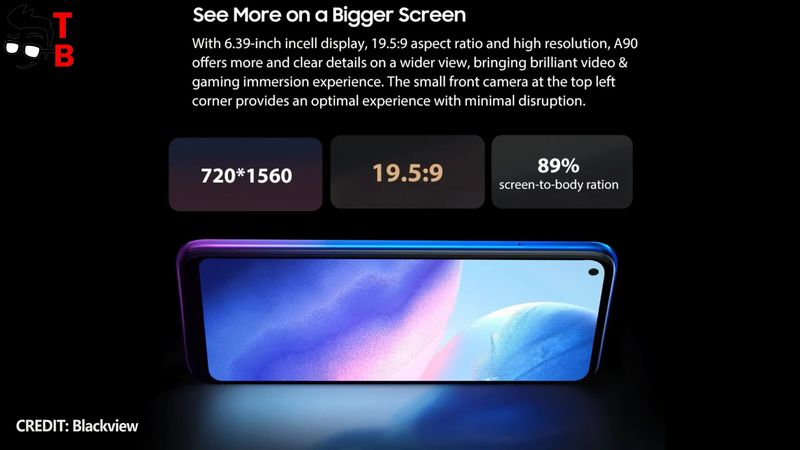 The smartphone has very thin bezels around the screen on official pictures and videos. However, I haven’t seen this smartphone in person yet. 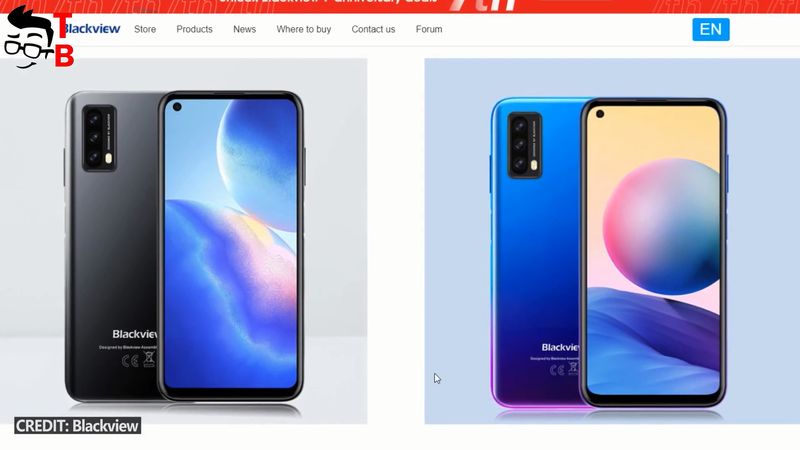 By the way, Blackview A90 is available in black and blue colors.

Talking about hardware, as I already said, the new Blackview phone has Helio P60, a chipset, 4GB of RAM, and 64GB of storage. 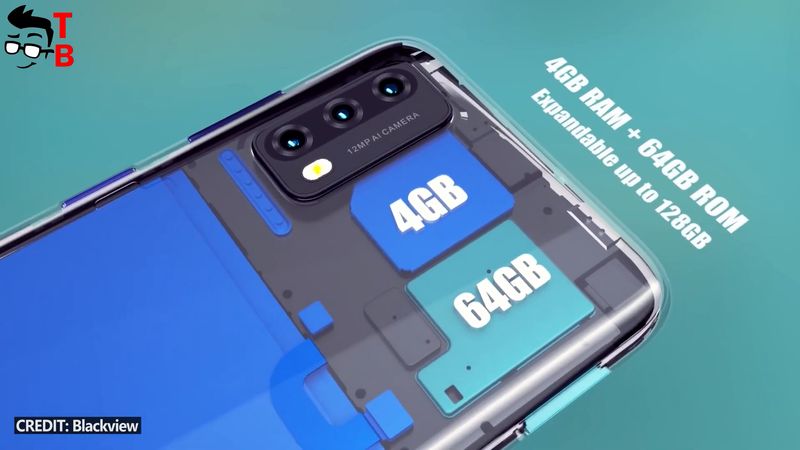 We have already tested many smartphones on this processor, and it is really good for a budget phone. 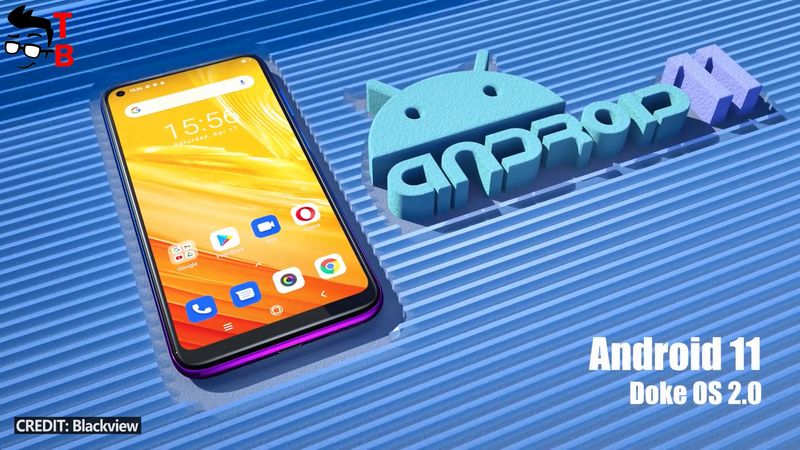 However, the main feature of Blackview A90 is the operating system. This is the latest Android 11. However, it is not clean Android, because Blackview uses its own Dose OS 2.0 user interface. The new features of a user interface are app freezer, immersive gaming, system manager, and effective defrag.

You know, Blackview A90 has a triple camera on the back, but we know only about a 12MP main sensor. This is Sony IMX363. Probably, the other two sensors will be bokeh and macro, but I am not sure. 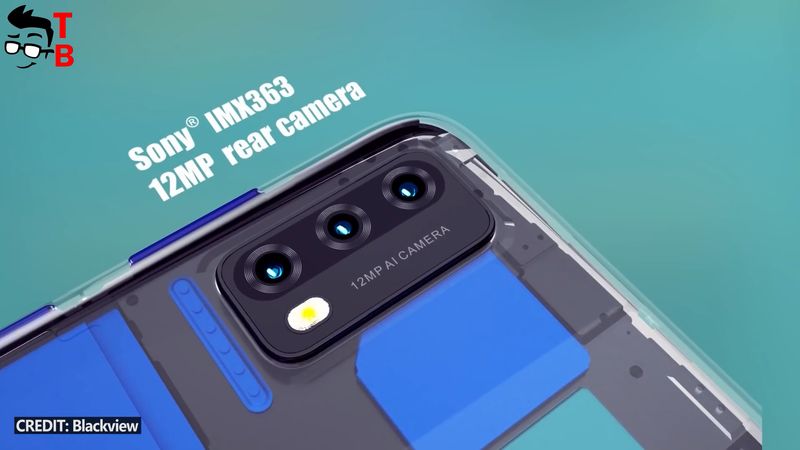 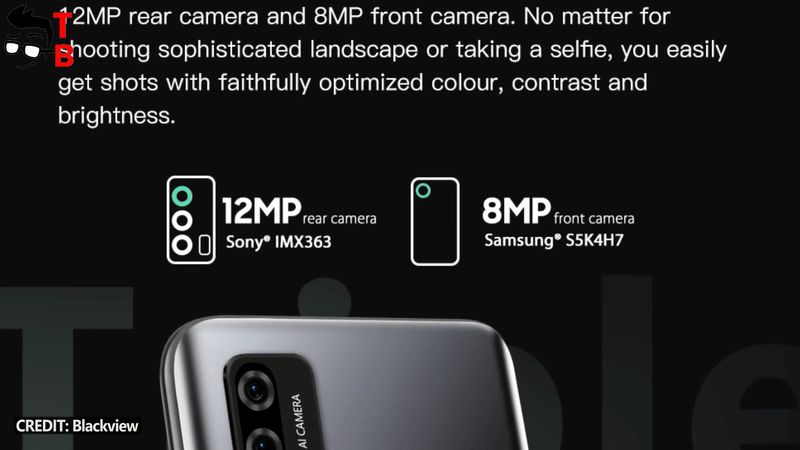 There are no real sample photos yet, so I can say nothing about photo quality. Waiting for hands-on reviews of the new Blackview phone, or maybe I will buy this mobile device, and do a camera test.

The battery of the Blackview A90 is also good. It has a capacity of 4480mAh. 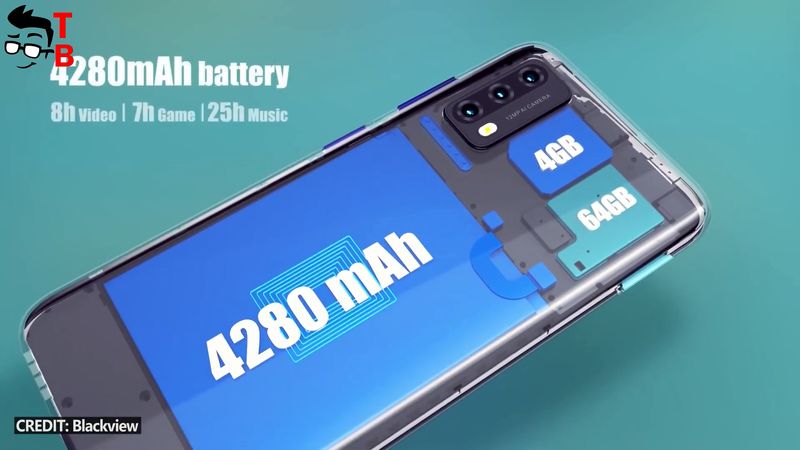 The smartphone is equipped with a USB Type-C port, so most likely it supports fast charging.

By the way, I forgot to tell you that Blackview A90 supports NFC. I know this is an important feature for many people.

So, do you agree that Blackview A90 looks very good for a budget $109 smartphone? This is only the first preview video about a new phone, but I want to buy it and do the unboxing and a full review. 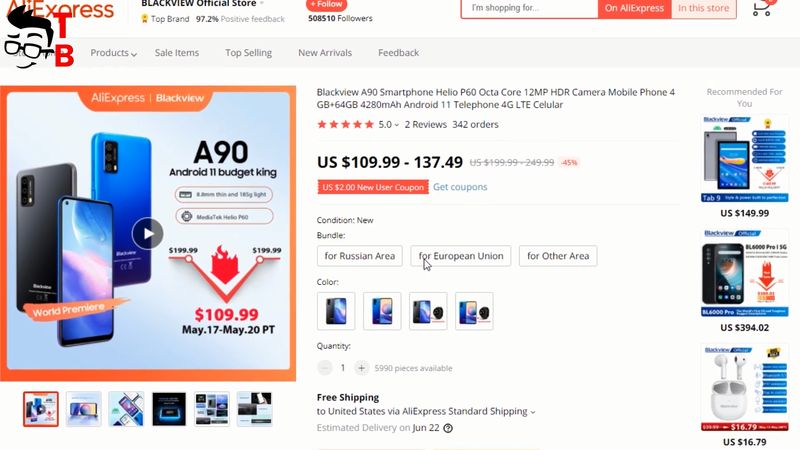 However, I recommend you to buy this mobile device until May 20, because then the price will go up.