Do you remember our first video about TICWRIS GTS? We have published it about one month ago. The same day, we ordered this watch on GearBest, and here it is. We are ready for unboxing and a full review of the new watch. 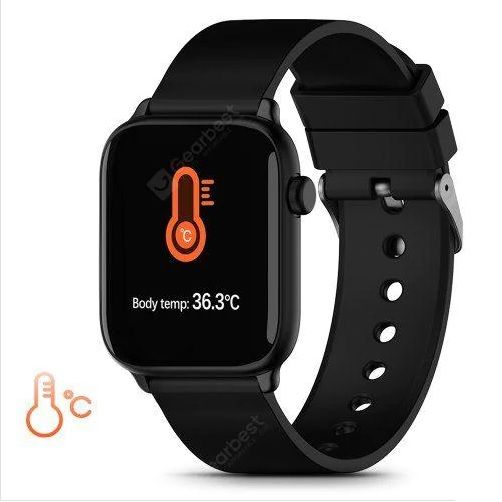 TICWRIS GTS comes in this box. There is the image of the watch on the front side and main features on the side face. However, I didn’t find any TICWRIS brand logo or model name on the box. 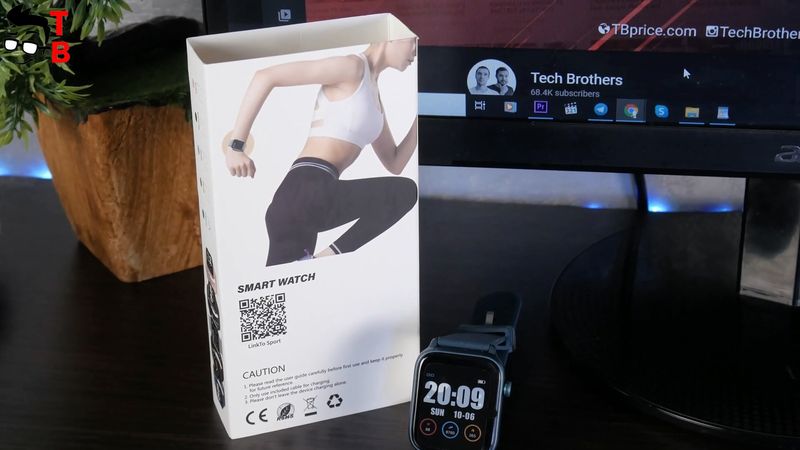 It seems the watch is produced by some Chinese manufacturer, while TICWRIS Company just sells it under its own name. In other words, TICWRIS doesn’t produce this watch on its own.

Inside the box, there is the watch itself, the magnetic charging dock, and the user manual. 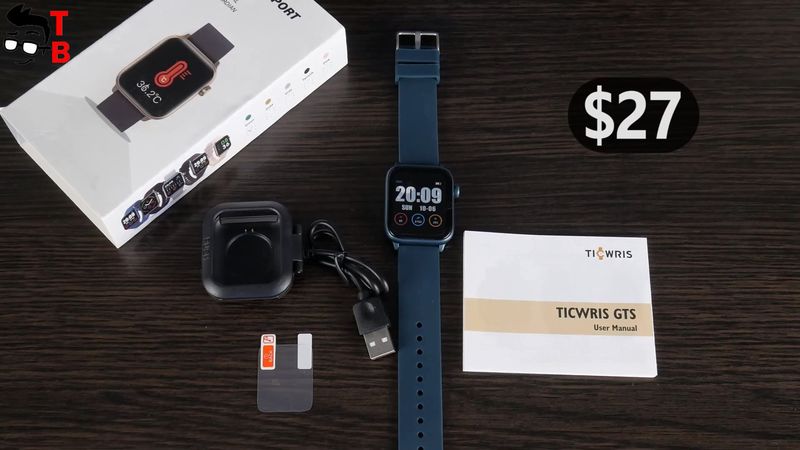 By the way, I forgot to tell you about the price of this watch. It is only $27. You should know it before we start the review.

You know, I think that TICWRIS GTS is a clone of Amazfit GTS. These watches have not only has GTS in their names, but also very similar design. Unfortunately, I don’t have Amazfit GTS right now to compare with TICWRIS GTS side-by-side but believe me, they are very similar. 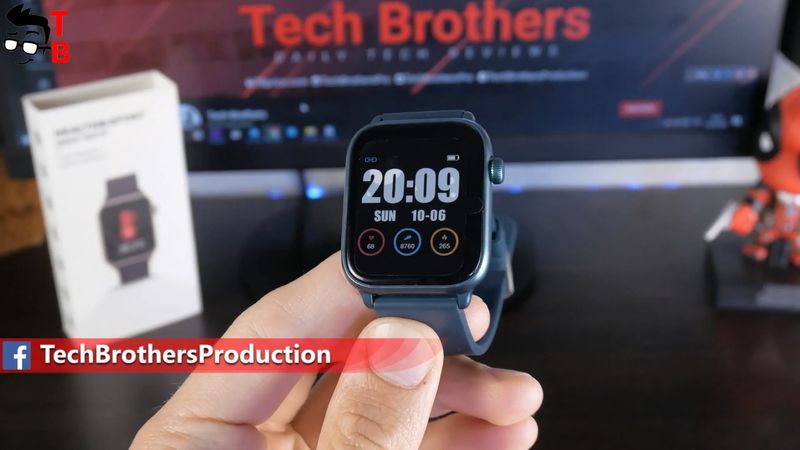 TICWRIS GTS has a 1.3-inch TFT display. The resolution is 240 by 240 pixels. You can see the display even outside, in direct sunlight. 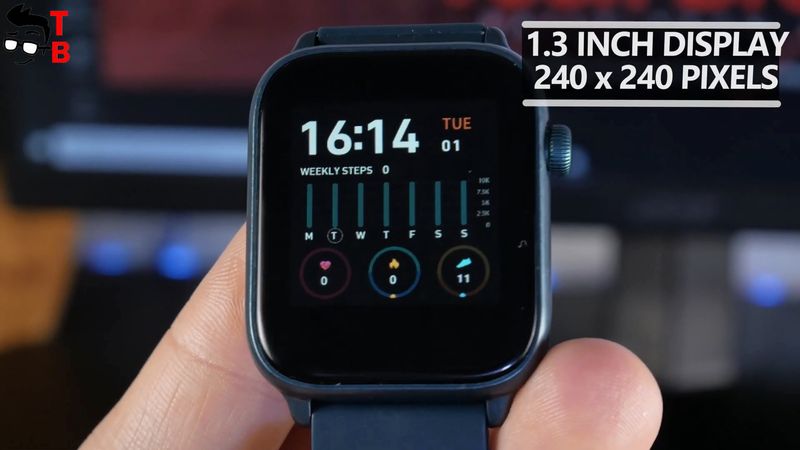 To the right of the screen, there is one physical button. You can use it to wake up the watch or go back to the main screen. 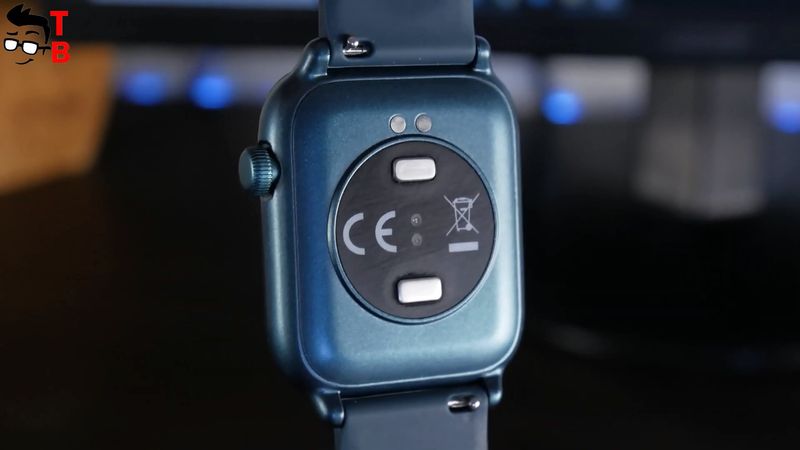 On the back, there are magnetic charging contacts, a heart rate sensor, and two large metal contacts. Most likely, they are designed to measure body temperature. 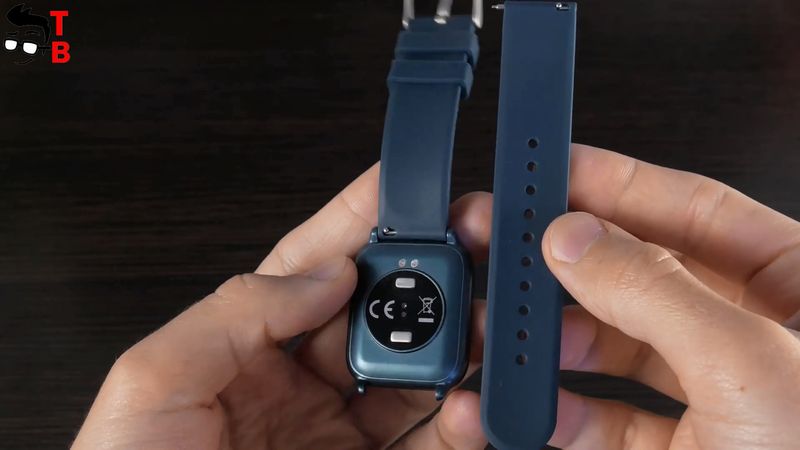 The strap is silicone, and it is removable. The strap width is 20mm, just like Amazfit GTS. You can use the strap from Amazfit watch with TICWRIS GTS because they have the same width. 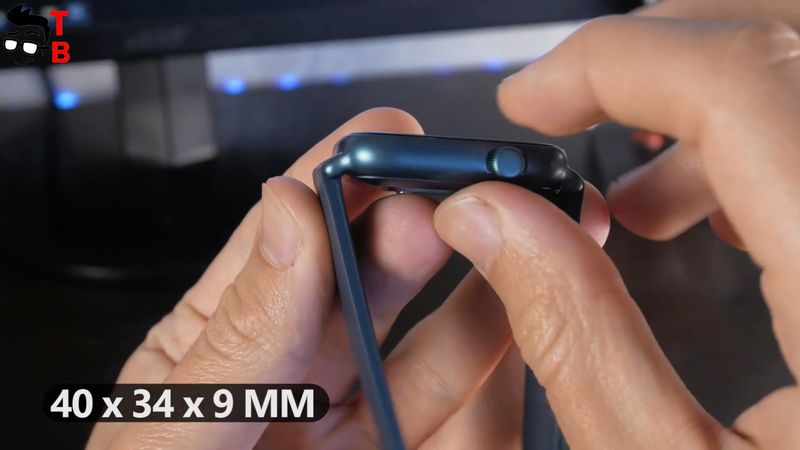 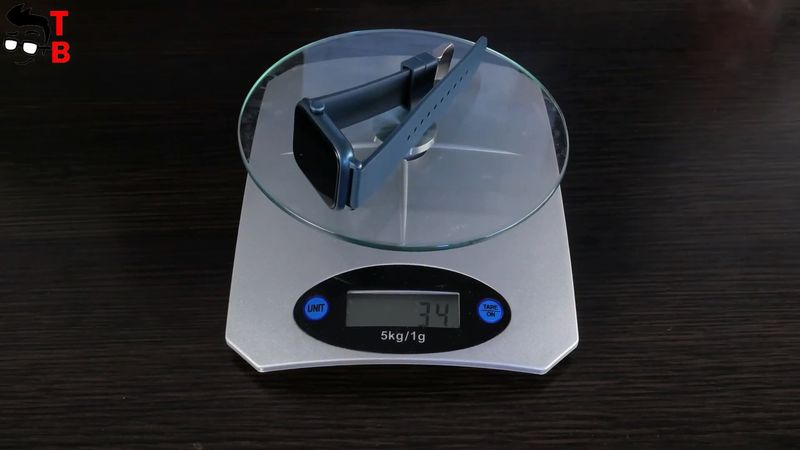 Although TICWRIS GTS is a budget watch, it looks very good. It is very similar to Amazfit GTS and even Apple Watch, but cost much cheaper.

Okay, it’s time to turn on the watch and talk about functions. This is the main watch face. In general, there are four watch faces. You cannot download more from the app on the smartphone.

Swipe down from the main screen to the quick settings menu. There are two icons – battery level and connection with a smartphone, as well as settings button, do not disturb mode and screen brightness.

Swipe to the right to see the steps, distance, and calories, and swipe down to test the heart rate, sleep monitor and QR code to download the app on a smartphone.

Swipe to the left from the main screen to use the other functions, such as sports modes. There are 7 sports modes on this watch. 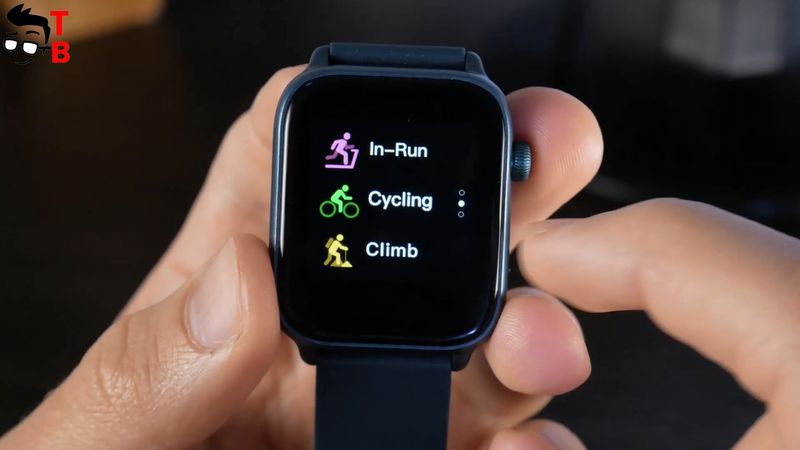 You can go to Health to measure the heart rate, blood pressure, and blood oxygen. 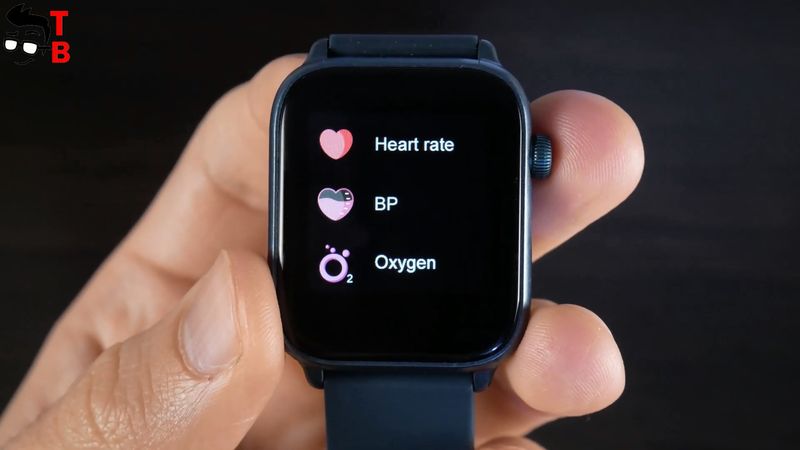 In the settings menu, you can change the screen brightness, another QR code to download the app, remote camera control, find phone, reset, and about.

That’s all! As I already said, the main feature of TICWRIS GTS is body temperature monitor. I want to test this function, as well as heart rate, blood pressure, and blood oxygen. 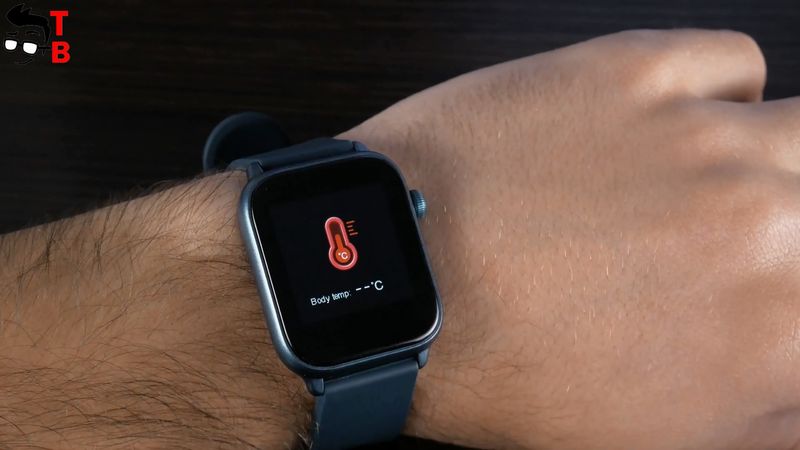 Also, I have tested heart rate, blood pressure, and blood oxygen. The results look real. However, I don’t have medical equipment to compare the measurements with this watch. I don’t know if the watch is accurate or not.

You can also connect the watch to a smartphone, for example, to control the music or camera on a mobile device using the watch.

The app on the smartphone is called LINKTO Sports. It is available on both Android and iOS devices. 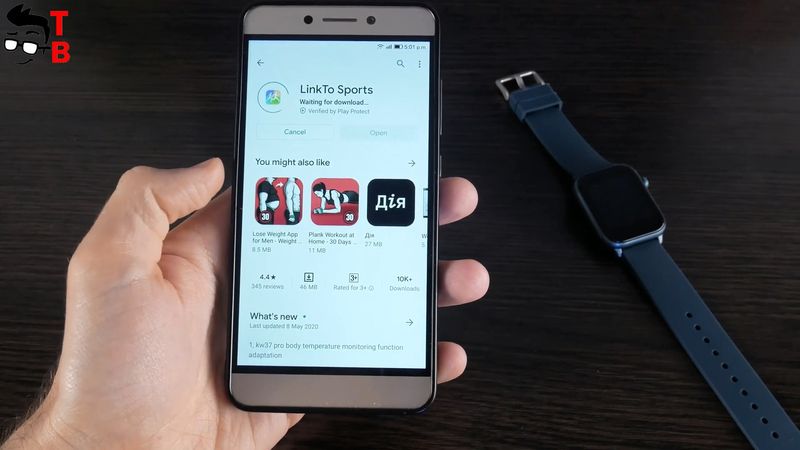 Here you can see your temperature. There is a very useful feature – to set the temperature alarm. First, you need to turn on the high-temperature alarm, and then choose the maximum temperature, for example, 37. When your body temperature will be above 37, you will get the alarm on the watch. 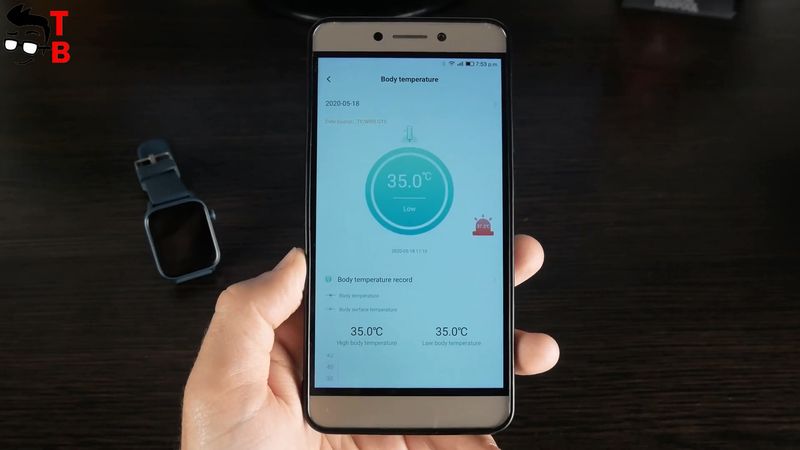 The other functions of the app are about the same as on other watches, such as heart rate, sports data, notification reminder, sedentary reminder, water reminder, and others.

As for the battery life, TICWRIS GTS runs for 5 days with active use and 20 days in standby mode. I think it is good battery life for the watch with heart rate, blood pressure, and even body temperature monitors. 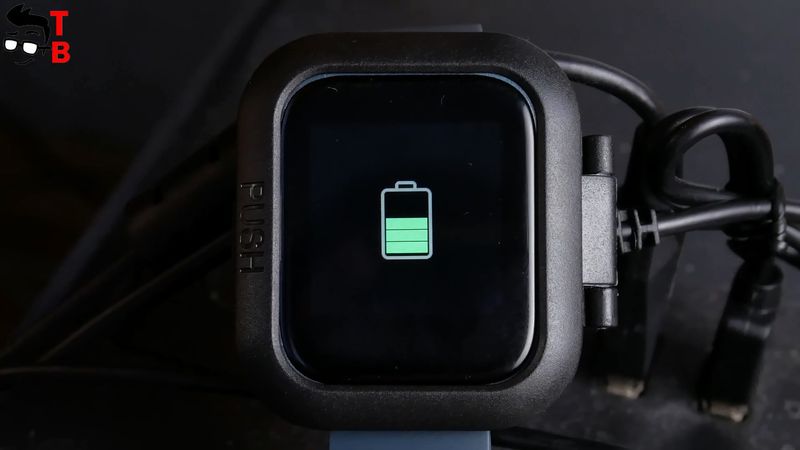 You know, I really like TICWRIS GTS. This is probably the best watch under $30. It has a very nice design like Amazfit GTS or Apple Watch.

The screen is well visible even in direct sunlight. Also, there are many useful functions, such as body temperature, heart rate, blood pressure, blood oxygen, music control, notifications, etc.

I am very surprised by the high-temperature alarm. I think it is a very useful function. 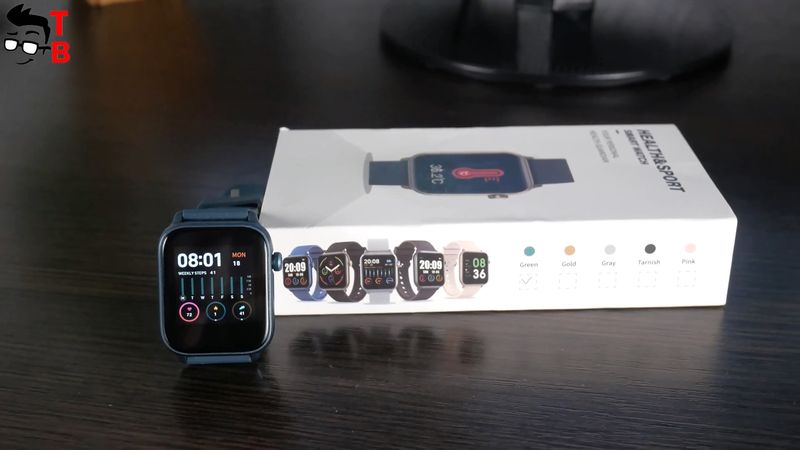 In general, the watch is very interesting for its price – only $27.